General Motors (GM -1.99%) has taken the wraps off of its all-new 2019 Chevrolet Silverado. It's a complete redesign of the full-size pickup that delivers an outsized portion of GM's profits -- and it was designed with an eye toward delivering even fatter profits in the future. 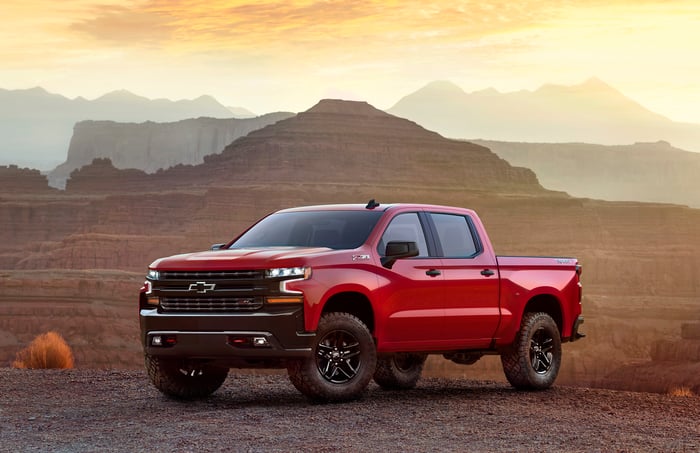 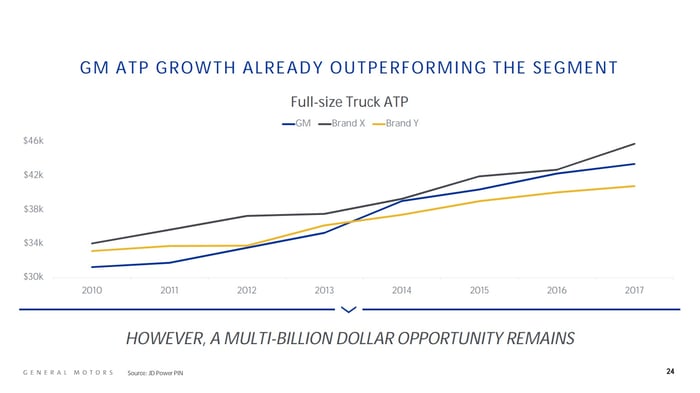 In case it's not obvious, "Brand X" is Ford Motor Company (F -2.72%), the maker of the best-selling (and massively profitable) F-Series line of full-size trucks. ("Brand Y" is Fiat Chrysler Automobiles'(FCAU) Ram.) 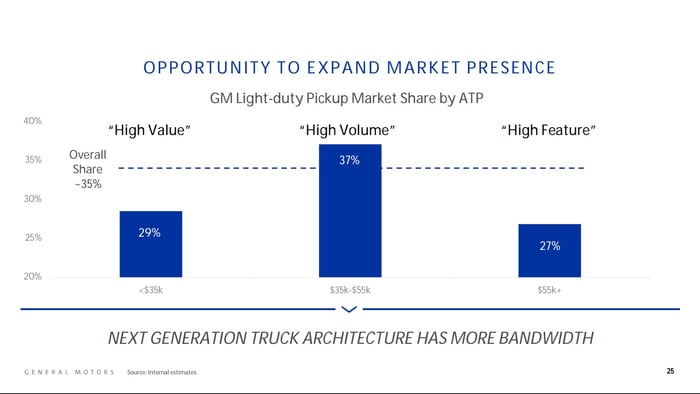