Apple (NASDAQ:AAPL) delivered a blockbuster performance in 2017. The tech titan generated tens of billions of dollars in profits and hundreds of billions in gains for investors.

There were many highlights to the year, but here are three ways Apple absolutely crushed it in 2017. 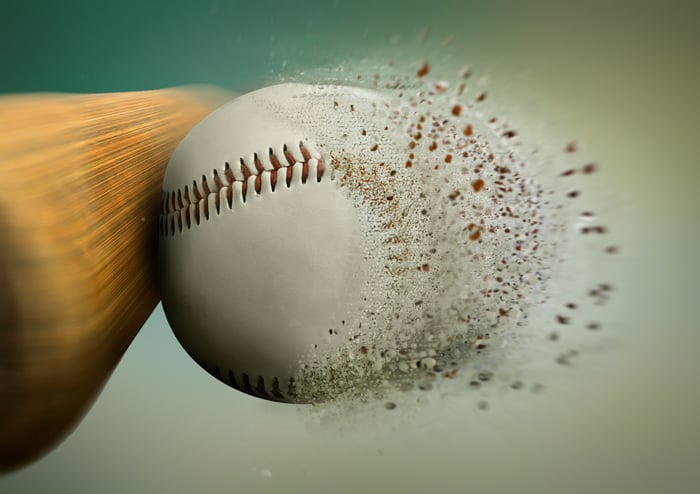 Apple's iPhone business gets most of investors' attention, and rightfully so; the iconic device accounts for more than 60% of Apple's total revenue. The segment had another terrific year in 2017, with the iPhone 8 and iPhone X enjoying stellar reviews and strong early sales.

But there's another important, yet often overlooked, segment that will be key to Apple's growth in the years ahead. Apple's services business -- which includes the App Store, iTunes, Apple Pay, Apple Music, and more -- was one of Apple's fastest-growing sources of revenue last year.

Services revenue jumped 23% year over year to $30 billion in fiscal 2017, fueled by strong App Store sales. iOS developers earned $26.5 billion in 2017 -- representing a year-over-year increase of more than 30% -- which puts Apple's cut at about $11 billion based on its revenue split.

The year ended on a strong note, as Apple enjoyed a record-breaking holiday season with customers spending $890 million on App Store purchases during the week of Christmas. 2018 is also off to a fast start, with the App Store generating $300 million in sales on New Year's Day alone -- a single-day record.

Better still, with the rapidly growing App Store and Apple Music leading the way, Apple is well on its way to achieving its long-term goal of $50 billion in services revenue by 2020.

Apple's incredible cash-generating abilities have helped it amass a war chest of $269 billion in cash on its fortress-like balance sheet. In turn, the company has returned more than $233 billion to investors via dividends and share repurchases, and it plans to up that figure to $300 billion by 2019.

Including dividends, Apple delivered to investors a whopping 49% total return in 2017. That's mind-boggling for a business that was already a $600 billion behemoth when it entered 2017, and whose market cap now tops $900 billion.

Moreover, with multiple growth drivers set to power its results in 2018, Apple appears poised to become the world's first $1 trillion company in the year ahead.