It would be difficult to overstate Apple (NASDAQ:AAPL) stock's strong comeback in 2017. Shares skyrocketed 46.1%, according to data provided by S&P Global Market Intelligence. The stock rebounded to a previous all-time high achieved in 2015 and just kept marching higher.

Apple began last year with a bang, when the company reported fiscal 2017 first-quarter results on Jan. 31, highlighting the company's return to growth. First-quarter revenue, which came in above Apple's guidance range, climbed 3.3% year over year. Earnings per share increased 2.4% during the same period. 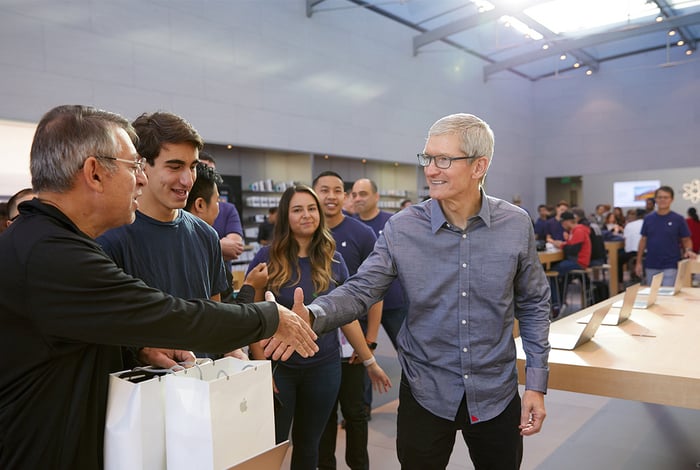 Apple's full-year fiscal 2017 results showed strength across the tech giant's business, driving total revenue to $229.2 billion -- up 6% year over year. Earnings per share climbed at an even more rapid rate, rising 10.8% year over year to $9.21.

Rapid growth in Apple's services and other products businesses was also promising. The two segments saw their revenue rise 23% and 16%, respectively, in fiscal 2017.

Looking to Apple's fiscal 2018, investors will look for new products and ongoing momentum in services to help revenue and earnings-per-share growth continue rising. The iPhone X, in particular, is expected to help drive growth for Apple. But investors should keep close tabs on Apple's fast-growing services and other products segments, too.

So far in 2018, Apple stock has gained about 3%. But the company's first real test won't happen until the company reports first-quarter earnings on Feb. 1.