We Fools tend to favor stocks backed by businesses that can stand the test of time and then hold these investments for the long term. The best of these companies will power your portfolio's performance for decades to come and be a vehicle for creating intergenerational wealth.

To help readers find investment ideas that fit this profile, we asked a panel of Motley Fool investors to highlight three stocks that have what it takes to be big winners for you and your family. Here's why they think Disney (NYSE:DIS), Aptiv (NYSE: APTV), and Activision Blizzard (NASDAQ:ATVI) are stocks that your children could brag about owning someday. 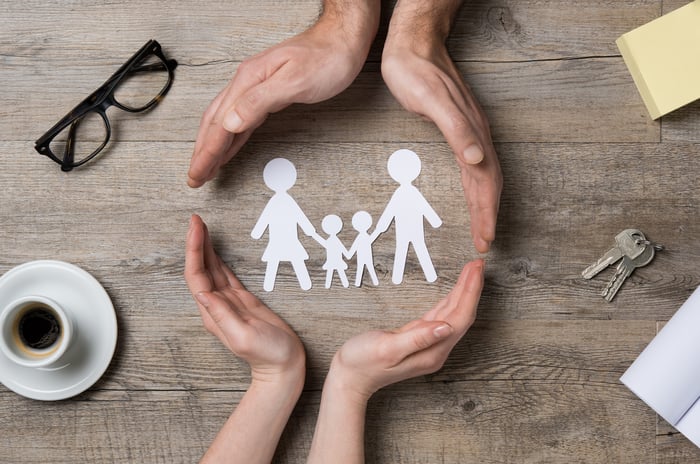 The House of Mouse is built to last

Leo Sun (Disney): Disney's core franchises appeal to kids and adults alike, but its acquisitions of Pixar, Marvel, Lucasfilm, and most of Twenty-First Century Fox's (NASDAQ:FOX) (NASDAQ:FOXA) media assets have made it the 800-pound gorilla of the entertainment world.

Unlike rivals like Time Warner (NYSE:TWX), Disney patiently and strategically expands each brand, casting a halo effect on its TV shows, theme parks, and consumer products. For example, a new Marvel film can tie into TV shows on ABC, new theme park attractions, or new licensed toys and video games.

It's a positive feedback loop that reinforces the strength of Disney's ecosystem -- and ensures that you'll keep taking your kids to see its movies, visit its theme parks, and buy its toys. That's why Disney's annual revenue rose from $22.5 billion to $55.1 billion between fiscal 1997 and 2017, and how its stock rallied more than 250% over the past 20 years.

The bears often claim that cord-cutters could gut its cable and broadcast TV businesses, which generated nearly half of its operating income last year. However, I believe that Disney's development of its own streaming services (one for its own properties and another for ESPN), the expansion of its online ecosystems for its major networks, and the Fox acquisition should soften that blow. Therefore, I believe that Disney is still an essential core holding for long-term investors, and one that you can eventually pass on to your children.

Daniel Miller (Aptiv): One thing became clear in 2017: Driverless vehicles are on their way, and companies ranging from tech companies to parts suppliers are going all in. Companies that stay ahead of the curve and become big names in driverless vehicles will have a list of investors that can brag about owning one of the significant stories in the market.

Aptiv is one of the few ways to invest in driverless vehicles through its electrical architecture components and systems, which basically make up the electrical backbone of a vehicle. Because of Aptiv's range of important components and systems, as well as the long-term growth potential from driverless vehicles that will boost demand for its high-growth advanced driver assist systems, or ADAS, many analysts estimate the company's growth will exceed global light-vehicle demand by mid-single digits annually.

Cowen & Co. analyst Jeffrey Osborne recently noted to investors that Aptiv had a strong showing at the Consumer Electronics Show (CES) in Las Vegas and followed up with a great performance at the Detroit Auto Show. "We noted that commentary from the show seemed to suggest that some of the hardware only solution providers are seeing some margin pressure while tier 1 suppliers who offer both hardware and software such as APTV and LEA are seeing heavy quoting activity as well as margin expansion," Osborne said.

Driverless cars will usher in one of the market's next megatrends, and as more driverless vehicles hit the road for testing, you can bank that Aptiv will be called on to help sort data and provide end-to-end electrical solutions for automakers. If Aptiv continues to innovate and carve out its fair share of the market, this will certainly be a stock your children will brag about someday.

Entertainment for the next generation

Keith Noonan (Activision Blizzard): There's a good chance that your kids are already fans of Activision Blizzard video games, and I think that they'd develop an even greater appreciation for the company if they were to inherit a stake in the company someday. The video game industry has grown by leaps and bounds over the last three decades, but interactive entertainment still has a long runway for growth, and Activision stands out as one of the companies best positioned to benefit.

The publisher's stable of blockbuster properties is unmatched among third-party competitors, and its development teams have a stellar track record of creating new franchises and experiences. Series like Call of Duty and Overwatch will likely continue to delight gamers for years to come, and they give Activision Blizzard a stepping stone to new media and business opportunities.

Between a foray into film and television content production, merchandising opportunities, a leading position in esports, and an expanding global audience for video games, the company has no shortage of growth catalysts on the horizon. Mixed reality presents another big opportunity for the publisher. Virtual reality and augmented reality have gotten off to a slow start relative to the hype, but I expect these technologies to eventually go mainstream and open up new doors for Activision.

The company even pays a dividend, further bolstering the case for long-term ownership. While the stock's roughly 0.4% yield might not look like much today, Activision Blizzard is building a dependable history of annual dividend increases and is in great shape to continue to deliver payout growth. With its core business looking very solid and a range of promising growth drivers on the horizon, Activision Blizzard has the makings of an heirloom stock that can reward your family over the ultra-long term.