Geron's jaw-dropping potential appears to be scaring away short-sellers.

Shares of clinical-stage biotech Geron Corporation (GERN 1.97%) rose by a noteworthy 36.1% in January, according to S&P Global Market Intelligence . What drove this breakout? 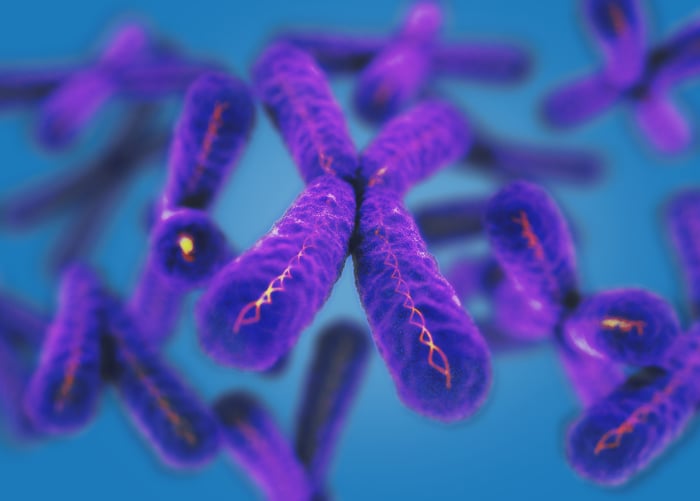 Geron's stock has been a favorite target of short-sellers for most of the past year. One of the major reasons is a so-called "information request" from the U.S. Food and Drug Administration (FDA) pertaining to imetelstat's risk-to-reward ratio in advanced myelofibrosis patients. This unexpected information request was disclosed last October, which was accompanied by a stunning 18.2% rise in Geron's short interest over the past two and a half months.

The reason? Short-sellers were apparently betting that this regulatory development would turn out to be a prelude to a clinical hold, or an outright cessation, of imetelstat's ongoing myelofibrosis trial. Either of these regulatory setbacks would probably spell the end of J&J's involvement in imetelstat's clinical development, and perhaps even the end of Geron. This biotech, after all, has no other clinical assets outside of imetelstat, and nowhere near enough cash to reconstitute its pipeline from scratch.

With a clinical hold or a suspension seemingly off the table, imetelstat appears to be cleared to reach its next internal data review, scheduled to occur before the end of this quarter. And if history is any guide, J&J and Geron should unveil this all-important clinical update around April 1.

What should investors expect? The big ticket item is imetelstat's maturing overall survival data in advanced myelofibrosis. Although it's impossible to quantitatively handicap the trial's ultimate outcome for this key efficacy measure, the trend, so far, is extremely encouraging.

The median overall survival for relapsed/refractory myleofibrosis patients, after all, is only 14 months, according to the most optimistic of estimates. Patient dosing in imetelstat's myelofibrosis trial, however, closed about 16 months ago -- yet median overall survival still hasn't been reached. As the bulk of patients were actually enrolled over 16 months ago, it certainly looks as if imetelstat is bending the curve on overall survival in these sickly patients who currently have no real treatment options. If true, imetelstat has a real shot at living up to its billion dollar-plus peak sales estimates for its first indication -- meaning that short-sellers may want to steer clear of this all-or-nothing stock right now.