Please ensure Javascript is enabled for purposes of website accessibility
Log In Help Join The Motley Fool
Free Article Join Over 1 Million Premium Members And Get More In-Depth Stock Guidance and Research
By Jamal Carnette, CFA - Feb 5, 2018 at 10:31AM

After muddling through most of the year, Nike finished 2017 on a high note. This billionaire investor is expecting more upside.

Although shares of Nike (NKE -1.02%) have kept up with the market's advance over the last few years, there have been a few knots in the company's sneaker empire. Through the first six months of fiscal 2018, sales have slowed by 3.5% over the prior year in the key North American market. However, Nike did report a year-on-year revenue increase during this period on the back of strong growth in Europe, the Middle East, and Africa (EMEA), and in greater China.

Count legendary hedge fund manager Bill Ackman as a bull unconcerned with Nike's North American troubles. Although Ackman is a noted activist investor, the founder and CEO of Pershing Square Capital Management has decided to take a passive stake in the company to the tune of $9 billion, a strong vote of confidence in current management. Should you follow Ackman into Nike? 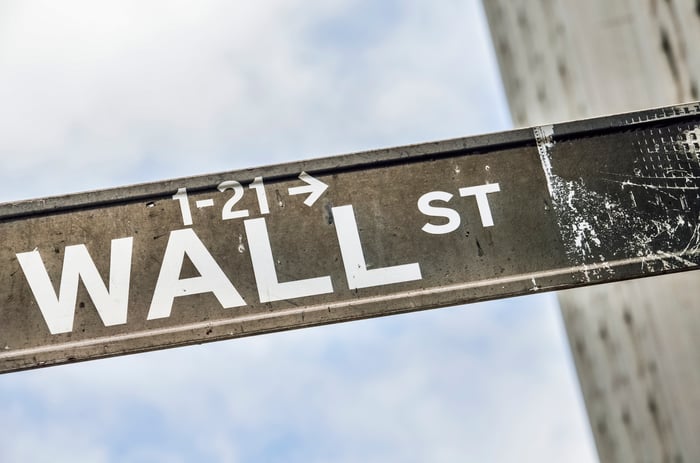 Bill Ackman has a history of wins -- and some recent losses

Although Ackman was not a central character in Michael Lewis' book The Big Short: Inside the Doomsday Machine, he certainly could have been. Ackman discovered financial issues in the insurance markets earlier than many of the characters in the book, taking monoline insurer MBIA's business model to task as early as 2002, and profiting handsomely from credit default swaps on the company during the 2008 financial crisis.

More recently, investors would have been better off taking the other side of Ackman's trades. Last year, the hedge fund manager reported a net loss of 4% on his investments versus the S&P 500's gain of nearly 20%. All told, Pershing Square lost 20% of its assets under management as investors pulled money from his funds. Notable investments like Chipotle and Valeant have ranged from bad to disaster-level; additionally, Ackman's high-profile Herbalife short sale cost the company dearly last year, rising 50% and forcing the company to buy back shares and close its position, although the company notes it's still short through options with capped position limits.

Ackman's losses have not been confined to stock trades. Last year, he engaged in a hostile takeover bid against payroll processing company ADP, nominating three directors for the company's board of directors, including himself, after taking an 8% position in the company. Ultimately Ackman lost the bid, with the CEO comparing him to "a spoiled brat."

Ackman is right on Nike but aggressive on revenue

Nike was one of the rare bright spots for Ackman's portfolio in 2017. According to reports, Pershing Square already has a near-30% return since early October as shares of Nike have rallied significantly since that month's Investor Day event. Ackman is right that Nike is one of the most iconic brands, which along with market positioning creates a barrier to entry. Additionally, Ackman's thesis includes margin expansion due to new manufacturing processes.

However, one issue with Ackman's thesis is that he predicts a "high single-digit annual revenue growth rate [that is] likely to continue." Through the first six months of fiscal 2018, the company has grown its top line 2.2% (4.6% in the most recent quarter), as North America continues to face weakness. Although Ackman's thesis is predicated on Nike's strong growth in emerging markets, he notes that these markets are only 30% of revenue while North America is 42% and will struggle to attain high single-digit growth rates.

In investing, sometimes you can be right even with a fully or partly flawed thesis. Personally, I think Ackman's revenue expectations are aggressive, but I feel he's spot-on about Nike's strong market position and margin-expansion opportunities.