Please ensure Javascript is enabled for purposes of website accessibility
Log In Help Join The Motley Fool
Free Article Join Over 1 Million Premium Members And Get More In-Depth Stock Guidance and Research
By Keith Noonan - Feb 12, 2018 at 10:33AM

These three stocks could be your vehicles for riding momentum in mobile video games.

Mobile gaming already accounts for the greatest share of video game industry revenue, and it's expected to be the industry's biggest growth driver going forward. With so many games already available and a relatively low barrier to entry for newcomer developers, the space is highly competitive, but companies that manage to consistently get hit titles onto smartphone and tablet devices are on track to realize impressive profits.

Read on to see why Tencent Holdings (TCEHY -3.98%), Activision Blizzard (ATVI 0.09%), and Changyou.com (CYOU) are some of the top mobile gaming stocks on the market. 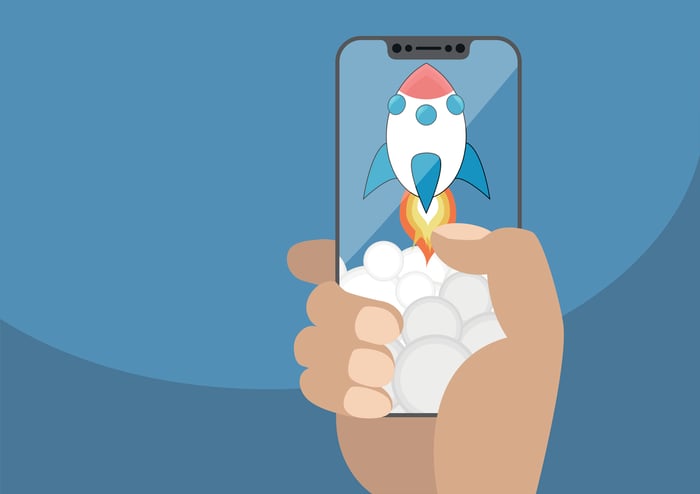 Tencent isn't a pure-play gaming company, with roughly 41% of its sales last quarter coming from games, and the remainder from businesses including online advertising, social networks, and payment processing. However, it's got a diversified multimedia empire with some great synergies and is operating in a Chinese market that's poised to create major growth catalysts. For these reasons, Tencent stands out as one of the top stocks for investing in mobile gaming.

League of Legends is probably the company's best-known game outside of China and is currently only available on the PC platform, but Tencent has some monster hits in the mobile space as well. One of these games actually got be so popular as to be a potential liability. Honor of Kings, a mobile take on League's action-strategy gameplay concept, is China's most popular mobile game -- and perhaps the most-played video game in the world.

The title was the biggest factor in Tencent's video game revenues increasing 48% year over year in its September-ended quarter, and it will likely be a significant revenue contributor for years to come. Somewhere around 200 million Chinese play the game on a monthly basis, and more than 50 million users play it daily. Honor of Kings actually built up such a following among young users that the country's government came to view it as a problem, prompting the state-run newspaper People's Daily to publish articles that were critical of the game and likened it to a drug.

In addition to having strong franchises and game-development assets, Tencent Holdings is also a great play in the mobile gaming space because of its leading position in social networks and payment processing. The company's WeChat is China's most popular messaging app and is connected to a leading payment service. Due to the popularity of the platform, even third-party games feature WeChat integration -- giving Tencent access to valuable user data and payment processing revenues from in-game transactions.

Activision Blizzard closed its $5.9 billion purchase of King Digital in 2016, bringing hit franchises like Candy Crush Saga into the corporate fold and instantly making the combined company one of the leaders in mobile gaming. Some investors and analysts were initially concerned that Activision may have overpaid for King, but the acquisition has been a big part of the company's stellar earnings performance in subsequent quarters and opened up a range of new growth opportunities. The December-ended fiscal year saw mobile business increase 28% year over year to comprise roughly 30% of the company's $7 billion in annual sales, and the unit is on track to continue being a performance driver.

In the fourth quarter, King Digital was once again the top U.S. mobile publisher by revenue and has now had two of America's top-10-grossing mobiles games for 17 quarters straight. King's Candy Crush Saga and Candy Crush Soda Saga claimed the first-and-second-place sales spots for the first time ever, a particularly impressive feat given that these titles launched in 2012 and 2014, respectively.

Total monthly active users for Activision's mobile games have actually been trending down as legacy hits continue to age, but increased customer spending has enabled the company to expand sales and profits. In fact, fiscal 2017 saw the company deliver double-digit revenue growth per paying user, and the publisher could be on the verge of a major breakthrough in how it monetizes mobile titles. Activision Blizzard is just beginning to introduce advertising as a sales pillar in mobile -- a move that could kick the segment's performance into overdrive. As it stands, the vast majority of the company's mobile revenue comes from in-game purchases, but these sales spring from a relatively small pool of players. Introducing ads should dramatically increase the company's average revenue per user.

Activision has also yet to make a big push for some of its most successful franchises in the mobile space. Hearthstone, a card-based game built around the World of Warcraft franchise, has been a big hit and looks to have ongoing staying power, but there's still plenty of untapped potential in bringing other big series to smartphones and tablets. King Digital is currently working on a mobile version of Call of Duty, and other properties including Overwatch, StarCraft, and Diablo could also be huge hits on mobile platforms. 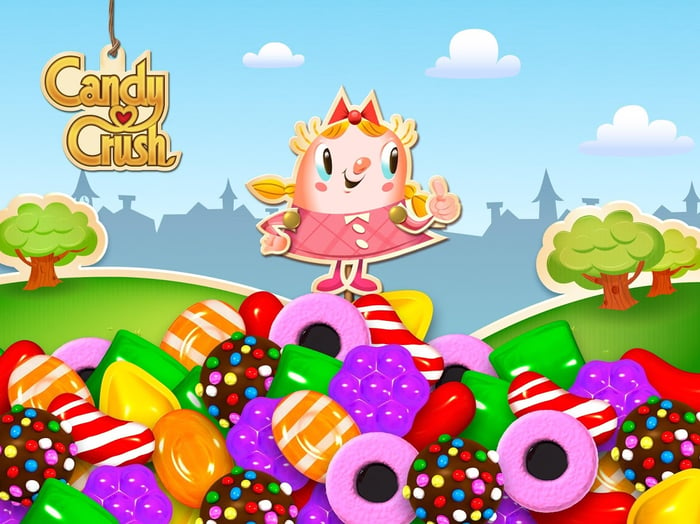 While Tencent Holdings and Activision Blizzard are well-known names in the gaming space, Changyou.com is a more obscure play. That said, I think it's one that could turn into a big winner for investors staking a position in mobile games. Changyou is a smaller operation compared to leading industry competitors, which means the success or failure of a given release will have a larger impact on its stock performance.

Its roughly $1.5 billion market cap and reasonable forward price to earnings multiple of 11 set up the potential for big stock gains if the company can continue its growth in the mobile space. In May, the company released Legacy TLBB Mobile, a game that has since solidified its status as a hit even if sales haven't held up as well as Changyou hoped. The title helped push the developer's full-year 2017 revenue up 10% year over year and net income up 22% compared to the prior-year period. On the other hand, the company appears to have been a bit over-aggressive with targets for the title, and the stock has experienced a double-digit sell-off after its recently released fourth-quarter earnings fell short of guidance.

According to its most recent earnings call, Changyou has roughly 20 games in development. If even a few of those games wind up being hits on the level of Legacy TLBB Mobile, the company's stock would likely see a huge upswing. I think the long-term outlook for the company is promising as well. As with Tencent, and Activision Blizzard to a lesser extent, Changyou is in position to benefit from macroeconomic and industry-specific trends in China. The smaller developer hasn't seen the stock-price gains enjoyed by leading game companies in recent years, but it's got a solid track record that makes it an appealing low-risk, high-reward investment in the future of mobile gaming.