Please ensure Javascript is enabled for purposes of website accessibility
Log In Help Join The Motley Fool
Free Article Join Over 1 Million Premium Members And Get More In-Depth Stock Guidance and Research
By Leo Sun - Feb 12, 2018 at 9:23AM

This high-growth cloud stock simply faces too many headwinds.

Shares of cloud platform provider Twilio (TWLO 1.62%) slid more than 20% over the past 12 months to the mid-$20s. Investors were spooked by concerns about its slowing growth, lack of profits, and growing competition. Some contrarian investors might think Twilio looks tempting at these levels, but I think its situation could get worse, for four simple reasons.

1. Its revenue growth is slowing down

Twilio's cloud platform enables developers to easily integrate voice calls, text messages, videos, and other features directly into their apps. By outsourcing these features to Twilio, developers can allocate more time and resources to the core features of their apps. 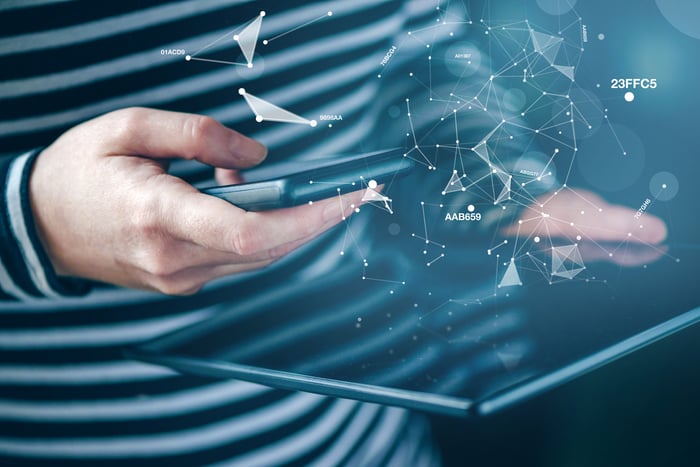 Twilio already serves some huge tech companies, including Facebook, which uses Twilio for Messenger and WhatsApp, and Amazon, Uber, and Airbnb. But here's the problem: Twilio's revenue growth is slowing down.

Twilio's year-over-year revenue growth of 41% looks solid, but it represents its slowest growth rate since its IPO in 2016. Analysts expect Twilio's revenue to rise 40% this year, but to grow just 24% next year.

Twilio's top line "slowdown" wouldn't be troubling if its stock traded at lower multiples. But Twilio isn't profitable, so it can't be measured with traditional P/E ratios, and it trades at six times sales -- which merely matches the industry average for software makers, and remains much higher than the S&P 500's P/S ratio of 2.

Therefore, Twilio isn't really an "overvalued" stock, but its lack of profitability and higher P/S ratio could make it an easy target for short sellers during a market downturn. That's why over 20% of its float was being shorted as of Jan. 24.

3. Its lack of profitability

It's tough for smaller cloud platform companies to generate profits due to intense price competition and high R&D, marketing, and hosting expenses. As a result, Twilio remains unprofitable by both GAAP and non-GAAP metrics, and hasn't offered investors a roadmap toward profitability.

Its GAAP and non-GAAP losses both widened annually last quarter, and analysts expect its bottom line to remain in the red for at least two more years. Meanwhile, its cash and equivalents dropped from $305.7 million at the end of 2016 to just $91.9 million at the end of the third quarter -- sparking concerns that it might need to raise more cash via another secondary offering, as it did in late 2016 (with disastrous results).

4. Enemies at the gates

Twilio is a "best in breed" player with a first mover's advantage in its niche market. But looking ahead, it faces a growing number of competitors, including Vonage's (VG 1.27%) Nexmo and Bandwidth (BAND 4.73%). Lyft, one of Twilio's major customers, started using Nexmo as a secondary platform alongside Twilio last year.

Bandwidth, which went public last November, offers slightly lower rates than Twilio for low-volume users. Unlike Twilio, which acts as a middleman between carriers and apps, Bandwidth operates its own nationwide IP voice network -- which keeps it profitable as it offers developers competitive rates. The impact of that competition on Twilio's gross margin over the past year is easy to spot. 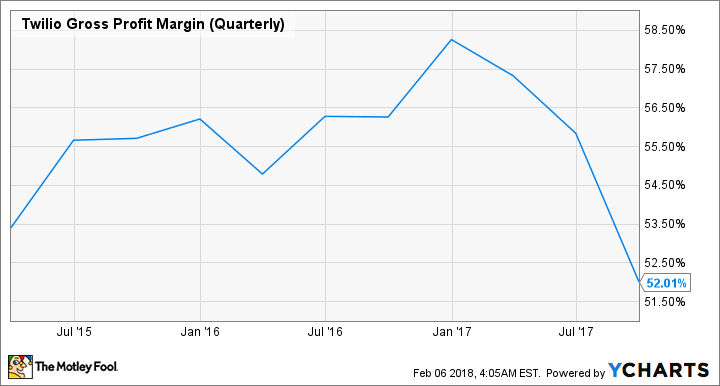 Meanwhile, Twilio's larger customers can replace its services with their own in-house solutions. That's precisely what Uber, Twilio's top customer at the time, did last year. If other major customers like Facebook follow suit, Twilio's revenue growth could dry up much faster than expected.

I've been bullish on Twilio before, but I also sold my entire position in the high $20s last June on these concerns. Therefore, I believe investors should avoid Twilio for now, especially with the market undergoing a nasty pullback which could flush out flakier stocks.