Please ensure Javascript is enabled for purposes of website accessibility
Log In Help Join The Motley Fool
Free Article Join Over 1 Million Premium Members And Get More In-Depth Stock Guidance and Research
By Nicholas Rossolillo - Feb 12, 2018 at 11:05AM

This chipmaker is in night-and-day different condition from a couple of years ago. Will it continue its run?

Cypress Semiconductor (CY), a leading provider of wireless connectivity devices, reported full-year results for 2017 last week. New company records were set for sales, and bottom-line margins continue to improve. This is in stark contrast to the situation just a couple of years ago, when Cypress set out to completely overhaul its business. Here's how it pulled it off. 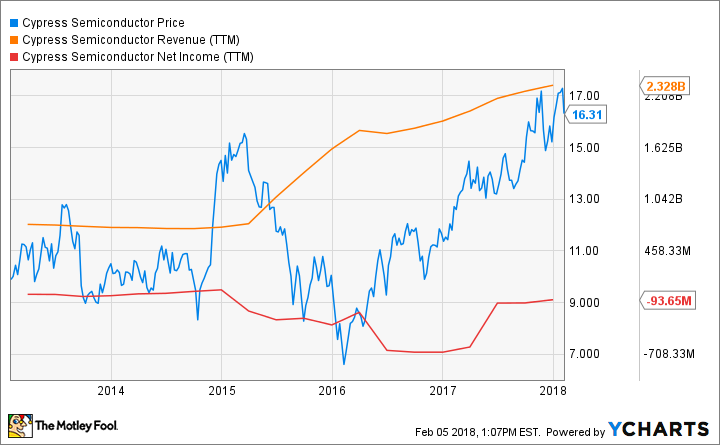 Cypress' growth is impressive, especially considering that its legacy memory-chip business -- which made up 39% of revenue last year -- was stagnant. Its micro controller and connectivity business grew 42%, though, which translated into rapid improvement in the bottom line. When adjusting for stock-based compensation and other one-time items, profits nearly doubled. CEO Hassane El-Khoury summed up the year this way:

The Cypress 3.0 strategy we set in 2016 of focusing on the fast-growing automotive, industrial and consumer markets, fueled by the proliferation of IoT, contributed to strong revenue growth and earnings growing more than four times revenue in 2017. We have established Cypress as an embedded solutions leader for the IoT. This success was built on the strength of our unmatched IoT connectivity solutions, along with our broad portfolio of micro controllers and high-performance memory solutions, in our target end-markets.

Cypress was formerly in the commoditized chip business, subject to low profit margins and wild swings in supply and demand that could quickly derail business momentum.

Seeing problems with this, management went about overhauling the business model. First was the acquisition of a rival memory-chip maker, with the goal of scaling that segment to maximize profits. Next was the purchase of Internet of Things (IoT) assets from Broadcom (AVGO -1.64%). As a result, Cypress took on new debt and was running at steep losses just a short time ago.

That move has proved to be a wise one, though, especially as the memory chip segment is beginning to ebb along with the rest of that portion of the semiconductor industry. In contrast, since acquiring the IoT division over the summer of 2016, revenues from it have more than doubled. 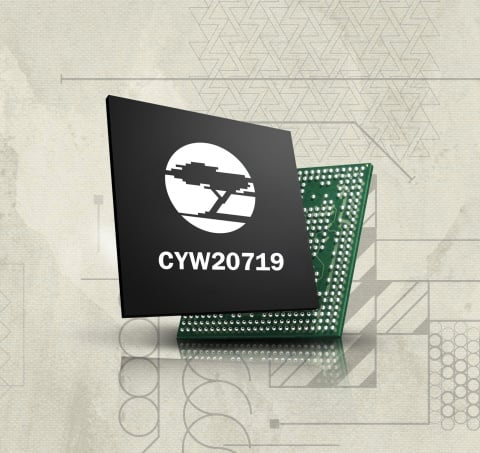 The company's strategy is all about enabling connections in a wide array of products. Research and development costs increased 9% in 2017, yielding a steady stream of new products designed to connect everything from industrial machinery and systems to smartwatches. Its latest design is a chip that enables "Bluetooth mesh" communications that allow smart-home devices to communicate with one another without needing a central hub connection.

Also within its connections segment, the auto industry has been regularly called out as a bright spot for growth and is in a megatrend that could last for decades. Cypress makes everything from memory to micro controllers to screen displays that enable the tech in today's cars. According to some statistics, electronics make up nearly 35% of the cost of auto manufacturing today. That percentage is expected to increase to 50% in the next decade, and Cypress is well positioned to capitalize on that.

With the movement to embed connected devices maintaining momentum, Cypress' future looks rosy. Despite its positive quarterly results, the stock pulled back along with the rest of the market after its last report. It also pays an attractive 2.7% annual dividend yield. Given the current situation, I think now could be a good time to give this stock another look.