Looking for growth potential at a steep discount? Look no further than AerCap, GM, and IBM.

In principle, one of the best paths to wealth through investing is by filling your portfolio with a combination of solid growth stocks and investments that can be had at a significant discount.

Needless to say, figuring out which ones those are in advance isn't easy -- is that stock a great bargain, or a value trap? -- but in some rare instances, investors can find both of those qualities in the very same company.

With that in mind, we asked three top Motley Fool investors to name companies that they believe provide compelling growth opportunities at a substantial discount right now. They offered convincing arguments as to why AerCap Holdings (AER 0.71%), General Motors (GM 1.35%), and International Business Machines (IBM -0.05%) meet those criteria. 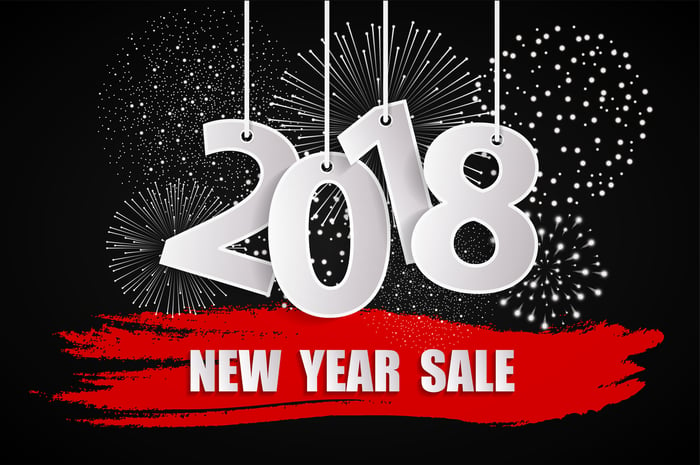 Jordan Wathen (AerCap): Shares of AerCap trade for a single-digit multiple of its earnings, a valuation that doesn't reflect the quality of the company's assets nor its management team, in my view.

AerCap is an aircraft lessor, which means it makes its money purchasing planes that it then leases to airlines and other operators under multi-year contracts. Airlines love it because AerCap can generally borrow on less expensive terms than they can, enabling fleet operators to serve more passengers without weighing down their own balance sheets. I love it because I view it as one of the best-managed businesses in an industry where management is everything.

To be sure, there are reasons why AerCap trades cheaply. New entrants from China are financing planes left and right, on terms that may prove to be too cheap. In a commodity business, analysts and investors fear that "dumb money" may spoil the party for everyone. 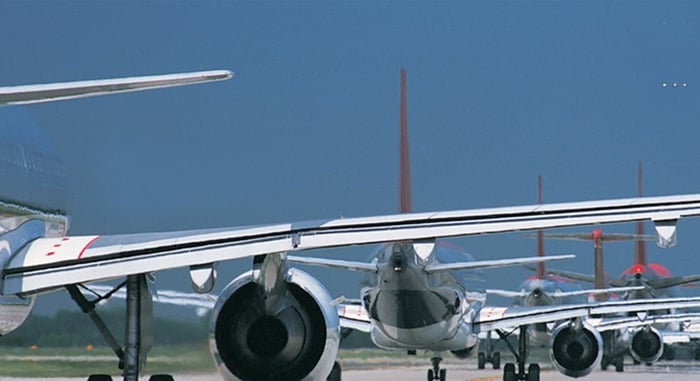 But AerCap has never been a company that grows for growth's sake. It spent the better part of 2017 selling planes and buying back stock at depressed prices, a trade that increased its earnings power and book value on a per-share basis. And it's operating today with relatively low levels of financial leverage, which gives it the capacity to underwrite more leases or acquire whole portfolios from those new entrants that ultimately learn aircraft leasing is a tough way to make easy money.

Most importantly, AerCap's executives make their money in the same way shareholders do. CEO Angus Kelly owns shares valued at more than a decades' worth of pay for all of its top brass, ensuring that the interests of shareholders and management are very well aligned.

Jeremy Bowman (General Motors): GM just can't get any respect from the stock market. That may be because it required a bailout during the financial crisis, which led it to be derided as "Government Motors" for a time. Or it may be because is chief executive isn't named Elon Musk. But whatever the reason, Wall Street seems to think little of the Chevy-parent's prospects.

The country's biggest automaker trades at a P/E ratio of just 6.3, far below the broader market's average valuation of around 25. It's true that GM's near-term growth prospects look modest. The cyclical U.S. auto market appears to be past its peak, and the company's revenue fell 2.4% last year to $145.6 billion.

However, that cheap valuation discounts the company's strengthening position in self-driving cars and its improving margins as a growing fraction of its sales come from more-profitable pickup trucks and SUV's. 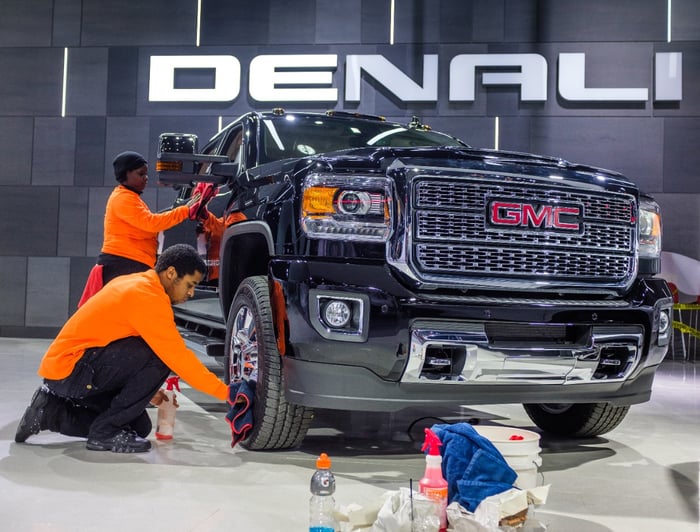 Ignoring the company's advances in autonomous vehicles could be the market's biggest mistake here. GM recently released an image of a self-driving Cruise AV with no steering wheel, and it says it expects to deploy self-driving vehicles for ride-sharing services by next year. Partnerships with Lyft and Uber also put the company in position to benefit from the growing ride-sharing market, especially as autonomous vehicles begin to penetrate it.

GM expects 2018's financial results will be similar to those it produced in  2017, but expects profit to begin growing again in 2019 as it rolls out a new line of full-size pickup trucks. Investors should also be mindful that the company has consistently beat earnings estimates, topping them by double-digit percentages over last four quarters. With that track record, a promising position in autonomous vehicles, and a refreshed portfolio of pickup trucks coming, GM has a solid growth path in front of it. Eventually, the market should catch on.

The tide is turning for Big Blue

Danny Vena (IBM): It may be difficult to imagine IBM as a growth stock. After all, the company has been mired in its ongoing transformation for more than five years. Since CEO Ginni Rometty took the reins in October 2012, the company's stock has fallen by more than 30% during a period when the S&P 500 reaped a 77% gain. The company also produced 22 quarters of year-over-year revenue declines. If that's growth, I don't want it! 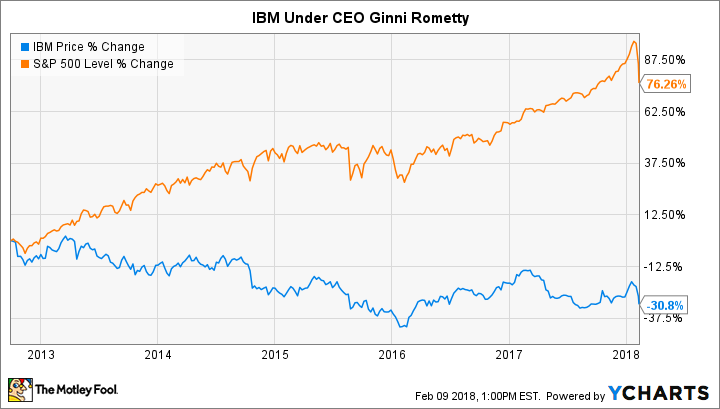 Yet the tide may finally be turning for the beleaguered tech giant. In its fourth quarter 2017 financial release, Big Blue revealed it had generated revenue of $22.5 billion, up 3.5% over the prior-year quarter -- delivering its first quarter of year-over-year revenue improvement in nearly six years.

What led to this long-sought turnaround? IBM has been increasingly focusing on a set of high-growth markets it has dubbed its "strategic imperatives." They include a variety of newer technologies with impressive prospects, among them cloud computing, analytics, artificial intelligence, security, blockchain, and mobile.

IBM's revenue from cloud computing grew 30%, its mobile sales jumped 23%, and security revenue skyrocketed 132%, all year over year. Combined, these segments produced quarterly revenue of $11.1 billion, up 17% over the prior-year quarter, and now represent 46% of total sales.

Now that the growth question has been addressed, is IBM a good value? Excluding the one-time effect of the recent U.S. corporate tax cuts, Big Blue has a trailing 12-month PE of 11.2,  less than half the 25.2 of the S&P 500.

IBM's dividend currently yields 4%. Again, excluding the one-time effect of tax changes,  the company is spending only 49% of its profits to support the dividend, so the company has plenty of room to raise its payout. Investors can also take comfort knowing that IBM has raised its payout for 22 consecutive years.