Please ensure Javascript is enabled for purposes of website accessibility
Log In Help Join The Motley Fool
Free Article Join Over 1 Million Premium Members And Get More In-Depth Stock Guidance and Research
By Brian Feroldi, Dan Caplinger, and Brian Stoffel - Feb 17, 2018 at 6:00AM

Looking for a few companies that you can safely own for the ultra-long term? Start with these three.

We Fools like to take the long-term view. That's why we're constantly on the hunt for businesses that have the potential to deliver for decades on end. 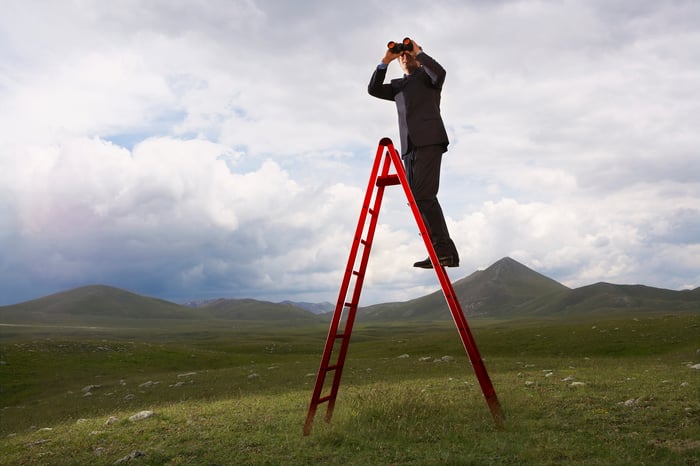 For growth, look toward Omaha

Dan Caplinger (Berkshire Hathaway): There aren't many stocks I have so much confidence in that I'd hold for half a century, and Berkshire Hathaway isn't the most obvious choice to be one of them. As morbid as the subject may be, the odds are just about nil that 87-year-old Warren Buffett will live to his 137th birthday, and vice chairman Charlie Munger is even older than Buffett is. Moreover, many see Berkshire more as a value holding than a true growth stock, especially given the role of esteemed value investor Benjamin Graham in shaping Buffett's investment philosophy.

But the company has both a plan after Buffett and growth potential. Berkshire's succession plan likely involves longtime Berkshire Re executive Ajit Jain and Berkshire energy veteran Greg Abel. With these two leaders at the helm, Berkshire's insurance and non-insurance operations should thrive for years to come. With respect to growth, not only is the insurance business likely to see stronger profits in 2018 after hurricane losses hit its 2017 numbers, but Berkshire also has opportunities to put more cash to work and benefit from lower tax rates. Berkshire Hathaway won't double in a year, but its long-term gains should be ample for the needs of most investors.

Brian Stoffel (Amazon): It might be exciting to introduce you to a small-cap stock with booming growth that could grow 100 times over. But I'm not going to do that, because one of the best growth stocks to buy and hold is sitting in plain sight: Amazon.

More than anything else, investors with a 50-year time horizon need to remember Amazon's mission since day one: "To be earth's most customer-centric company." This helps the average investor understand how a company that was simply selling books 20 years ago has evolved into the e-commerce- and cloud-computing-ruling, grocery-shopping-revolutionizing, health-care-disrupting behemoth that it is today.

Already, we've seen that, despite the company's size, sales show no signs of slowing down: Sales were up 38%, while operating income jumped almost 150%, during the holiday quarter, and management sees first-quarter sales growth as high as 42%. Half-a-trillion-dollar companies just aren't supposed to grow like that. But Amazon isn't your average company.

Perhaps the best way to view the next 50 years for Amazon is summed up by tech blogger Ben Thompson. Expounding upon the massive efficiencies of scale that Amazon offers through both its e-commerce fulfillment centers and its AWS offerings, Thompson concludes: "[Amazon's] future is to be a tax collector for a whole host of industries that benefit from the economies of scale. ... [Amazon] is effectively on its way towards collecting a tax on all of retail."

I'd want to own the rights to those massive tax levies in 2068.

Brian Feroldi (Starbucks): I have no idea what life will be like in 2068. However, I'm quite certain that millions of humans will still need to get their caffeine fix every day. What how can investors benefit from that long-term need? The best answer is Starbucks.

But will Starbucks be able to pump out growth over the next 50 years? I think that the answer is yes. Here are some of the reasons why:

I'm confident that these factors will allow Starbucks to push its revenue and profits higher for decades to come. That makes Starbucks an ideal stock to own for the ultra-long term.