Shares rally after management gives a presentation at an investor conference. Here's what investors need to know.

In response to the company's presentation at the RBC Capital Markets 2018 Global Healthcare Conference, shares of TransEnterix (ASXC 2.64%), a medical device maker focused on robotic surgery, rose as much as 12% in afternoon trading on Wednesday. The rally has since cooled off, but shares are still up about 7% as of 3:25 p.m. EST.

TransEnterix CEO Todd Pope has been presenting at a handful of investor conferences in recent weeks in an effort to build up support for his company's stock. Today's presentation appears to have done the trick.

Durig the presentation, CEO Pope talked in general about the company's commercialization strategy and highlighted a few recent successes that it has had in international markets. He also touched on the company's product roadmap, competition, and the opportunities that lie ahead.

Traders clearly liked what CEO Pope had to say, which is why shares rose today. 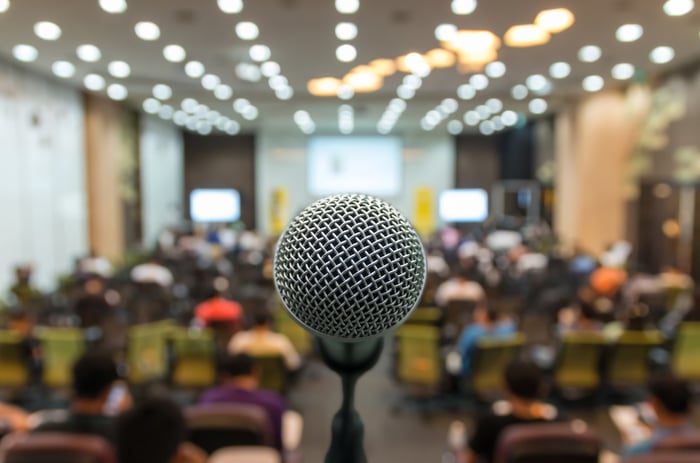 2018 is going to be a pivotal year for TransEnterix. The pressure is on for the company to show as much commercial traction as possible for its Senhance system. On that front, investors recently learned that the company expects to recognize revenue from two Senhance sales in the current quarter. What's more, the company just submitted for a label expansion claim in the U.S. that should more than double its addressable market opportunity if it gets the green light.

Will TransEnterix's small commercial team be able to wrestle away market share from Intuitive Surgical? It's possible, but I still think that the situation is far too dicey to put any capital at risk. That's why my plan is to watch this story play out from the sidelines.