The streaming platform is executing well, but expectations were too high.

Following a strong third-quarter earnings release, which was its first as a public company, Roku (ROKU -2.38%) just reported fourth-quarter earnings. The company enjoyed a robust holiday shopping season, translating into noticeable seasonal spikes in player revenue and active accounts while it continues pivoting toward its platform business. It wasn't all good news, though: Investors were not impressed with Roku's guidance for the first quarter.

Here's what you need to know about the streaming platform's fourth-quarter results. 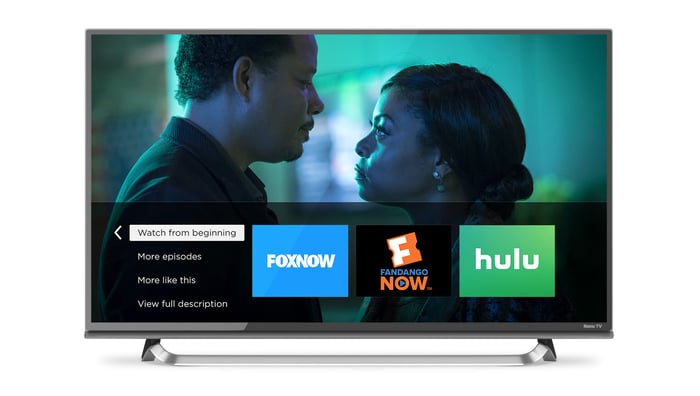 Total revenue in the fourth quarter was $188.3 million. Within that total, player revenue expectedly jumped on a sequential basis to $102.8 million, thanks to the busy holiday shopping season. Roku had refreshed its lineup ahead of the holidays. Player revenue was down 7% year over year. Roku doesn't disclose unit volumes but said they increased 8% year over year. 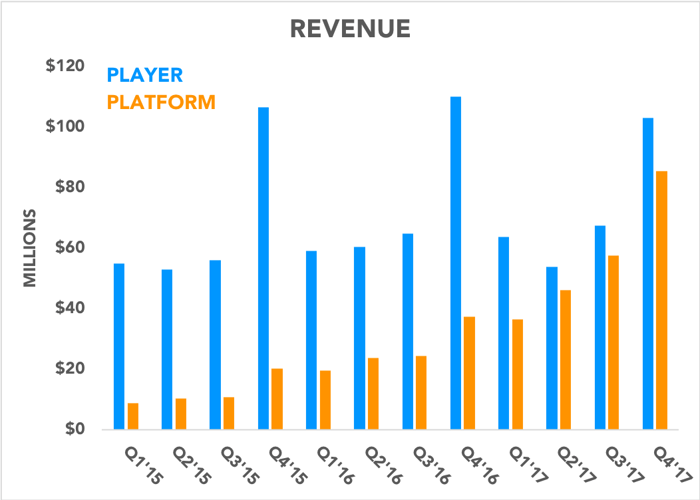 The advertising business carries more costs than the content distribution business, since the operations are fundamentally more complex. The result was some expected gross margin contraction, declining about 3 percentage points on both a sequential and year-over-year basis. Don't worry, though -- the platform business is still far more profitable than the player business, generating a gross margin of 74.6% in the fourth quarter. Player gross margin was a mere 9.5%.

There are now 19.3 million active accounts on Roku's platform, meaning the company added 2.6 million active accounts during the quarter. For the second quarter in a row, over half of these new accounts came from licensed sources -- TVs and other devices that license Roku's platform. These are great sources of active accounts, as Roku doesn't have to deal with all of the hardware logistics (producing, distributing, and selling players). Roku streamed 4.3 billion hours during the quarter.

Average revenue per user (ARPU) also climbed to a record $13.78, in line with the growth in platform revenue. Roku presents ARPU on a trailing-12-month basis and is derived from platform revenue, so growth there will always manifest as ARPU gains.

Why the stock is getting punished

Guidance appears to be what's really rattling investors today. First-quarter revenue is expected in the range of $120 million to $130 million, which was shy of the $132 million in sales that analysts were modeling for. That may seem like a negligible shortfall, but keep in mind that Roku shares were priced for perfection ahead of the results, which has also attracted short-sellers.

At lofty valuation levels, even small misses relative to heightened expectations can be extremely punishing.