A recovery in demand for tires is finally taking shape for Titan International Inc (NYSE:TWI), although it's a little later than hoped. The fourth quarter of 2017 showed revenue growth accelerating, and management is "cautiously optimistic" the trend will continue in 2018.

Here's a look at Titan International's fourth-quarter highlights and what investors should look for in 2018. 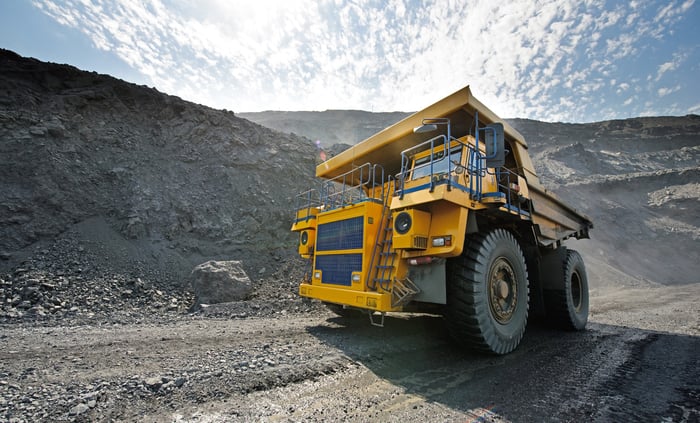 What happened with Titan International Inc this quarter?

The loss above may seem alarming given the higher sales, but there were a number of one-time charges that impacted the bottom line. Here's a look at the detailed metrics investors should know beyond the headline numbers.

Continuous improvement throughout 2017 is what management pointed to as a sign strategic changes made in the last few years are working. CEO Paul Reitz said, "Our fourth quarter results continue to reflect the strengthening of our end-markets as well as the improvements we've made within the Titan organization. This quarter marks the fourth consecutive quarter of significant year-over-year growth in Titan's net sales."

I'll point out that revenue was about flat sequentially, so investors will have to see if growth continues as the comps get harder in 2018.

Management has been predicting a market turnaround for a couple of years now, but in 2017 it finally began to show in financial results. One-time charges kept Titan International in the red, but if we continue to see revenue growth and margin expansion in 2018, the company should start reporting steady profitability. That would be welcome news indeed for investors waiting for a turnaround at this giant tire manufacturer.