Please ensure Javascript is enabled for purposes of website accessibility
Log In Help Join The Motley Fool
Free Article Join Over 1 Million Premium Members And Get More In-Depth Stock Guidance and Research
By Leo Sun - Feb 23, 2018 at 11:21AM

Why does Sony suddenly want to become the “Uber of Japan”?

The global ridesharing market could be worth $276 billion by 2025, according to Research and Markets, as car ownership declines and more people move into urban areas. In turn, that market could be dominated by ridesharing apps like Uber, Lyft, and Didi Chuxing; chipmakers like Intel; and forward-thinking automakers like Toyota (TM 0.84%).

Sony (SONY -0.11%) usually isn't mentioned alongside those companies. However, it recently announced a partnership with Daiwa Motor Transportation and five other taxi companies to launch a new ridesharing service in Japan. The six taxi companies own about 10,000 vehicles together, and will mainly serve the Tokyo area. 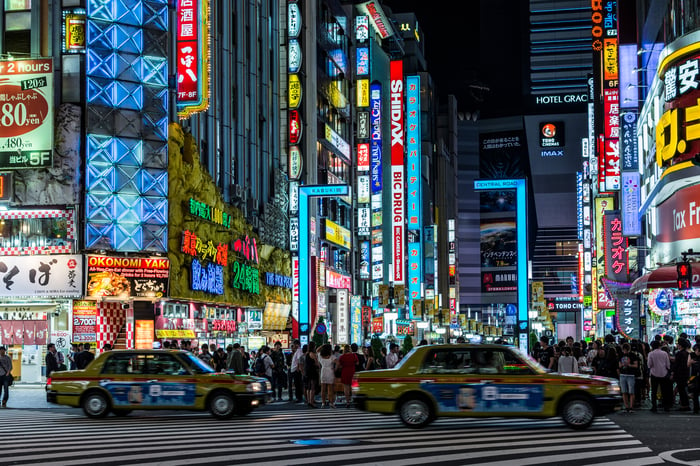 According to Sony, the platform will be powered by its artificial intelligence technology, which will be used to predict taxi demand and ensure that cars are available. Let's take a closer look at Japan's ridesharing market to see if this platform can generate a meaningful new stream of revenue for the company.

Japan's ridesharing market is much more tightly regulated than that of the U.S. Nonprofessional drivers are banned from offering taxi services, so ridesharing services must secure partnerships with existing taxi fleets.

Many ridesharing companies previously avoided Japan in favor of less regulated markets, but the competition is heating up. Softbank (SFTB.Y 0.05%), one of Japan's top telcos, recently established a joint venture with Didi Chuxing, China's top ridesharing service, to launch a new ridesharing platform in Japan.

Softbank is also a major investor in Uber, which recently announced plans to enter the Japanese market. But Uber has struggled in other Asian markets -- it sold its Chinese unit to Didi Chuxing in 2016, and is mulling the sale of its Southeast Asia unit to Grab, the leading ridesharing platform in the region.

Toyota, which is also an Uber investor, recently agreed to invest 7.5 billion yen ($70 million) in the ridesharing app JapanTaxi -- in which it previously invested $4.5 million via its Mirai Creation Fund. JapanTaxi is owned by Ichiro Kawanabe, who runs Japan's top taxi operator Nihon Kotsu and leads the country's taxi federation.

Sony's entrance into the ridesharing market is seemingly one of the last major moves by outgoing CEO Kazuo Hirai, who will be succeeded by CFO and internal strategy chief Kenichiro Yoshida on April 1. 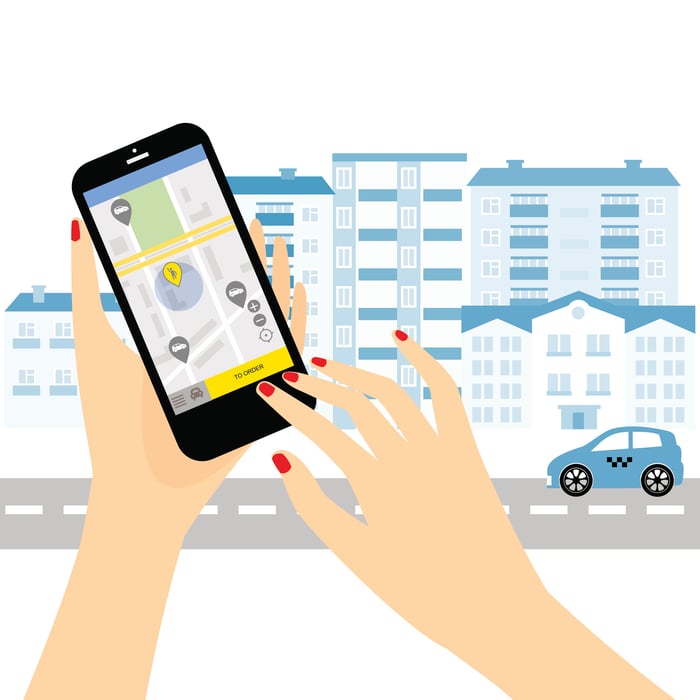 Since 2012, Hirai has maintained the growth of Sony's PlayStation brand and pivoted its aging music business toward a subscription-based model.

But he struggled to grow Sony's film business and turn around its mobile unit, which controls less than 1% of the global smartphone market. Hirai also failed to counter high-profile cyber attacks on Sony Pictures and the PlayStation Network.

Sony's weak position in smartphones means that it won't benefit by preinstalling its ridesharing app on its own devices. Meanwhile, Softbank could preinstall its new platform with Didi Chuxing (or Uber, when it arrives) across a wide range of smartphones at its stores. Sony's spotty record of privacy and cybersecurity issues could also weaken the appeal of its ridesharing service.

Hirai is often considered a "visionary" CEO, especially in gaming and music, but Yoshida has a reputation for cutting costs. So under Yoshida, Sony could sell weaker businesses like Sony Pictures and its mobile division.

It might also abandon investments in next-gen technologies, like ridesharing apps, if they fail to grow or turn a profit. Uber and Lyft are both still unprofitable, so Sony's ridesharing effort could easily become a money pit, especially if it lowers its fees to counter big rivals like Softbank, Didi Chuxing, and Toyota.

Sony often dabbles in next-gen technologies -- like smartglasses, wearables, and drones -- without expanding them into larger businesses. I suspect that its headline-grabbing ridesharing service will be more of the same, and that bigger competitors like Softbank or JapanTaxi could eventually dominate the Japanese market instead.