Ferrari's stock has soared since its 2015 IPO. Can Aston Martin follow its old rival's lead?

British supercar maker Aston Martin has confirmed that it's considering an initial public offering. CEO Andy Palmer told Reuters on Monday that Aston Martin's investors are considering a "range of strategic options" following the company's record profit in 2017, including a possible IPO.

There's a precedent, here: Aston Martin's old rival, Ferrari (RACE 1.89%), went public for the first time in late 2015. Ferrari shares have more than doubled since, pushing the company to a very rich valuation. Could Aston have similar success as a public company? 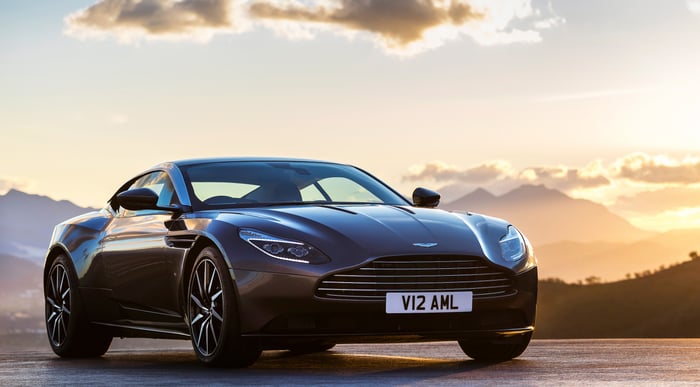 The all-new DB11 helped Aston Martin to a 58% increase in sales in 2017. More all-new Astons are on the way. Image source: Aston Martin Holdings, Ltd.

Aston Martin vs. Ferrari: By the numbers

Aston Martin hasn't ever been a public company, and it hasn't historically made its financial results public. But in a sign that things might be changing, the company released a summary of its 2017 results on Feb. 26. Here's how those results compare with Ferrari's.

(Note that Aston Martin reported its financial results in British pounds. I've converted them to euros to give us a direct comparison with Ferrari's 2017 results, using the conversion rate as of Feb. 26: 1 pound = 1.13 euros.)

What does all of that tell us? For starters, Ferrari is a bigger company, with over three times Aston's revenue. Not only did Ferrari sell more vehicles in 2017, it also has a much larger (and far more lucrative) racing program.

But -- at least within the very limited set of numbers that Aston Martin has provided -- the number to look at is the adjusted EBITDA margin, a measure of profitability. Ferrari's profit margins have been tremendous in the last few years, earning it a valuation far above other automakers'. Ferrari has argued that its margins support a valuation more like a luxury brand's than an automaker's -- and the market has come to agree. 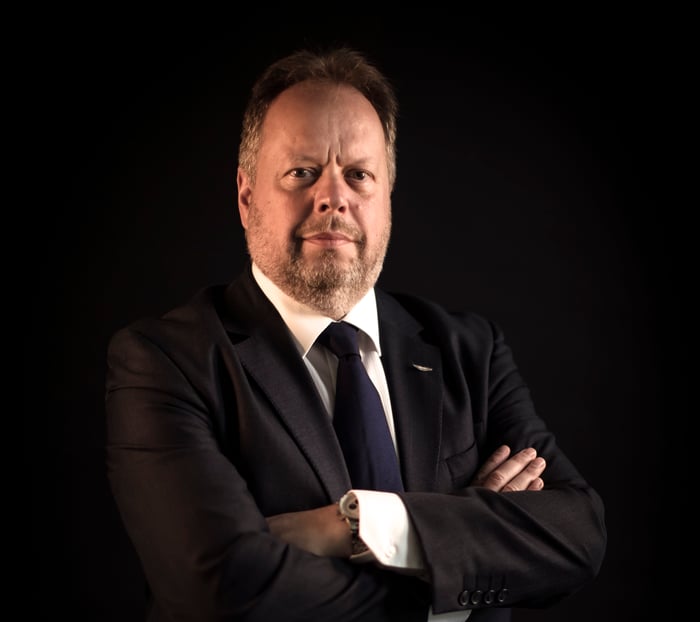 How about Aston Martin? 2017's results were very promising, but the reality is that it was the company's most profitable year ever, and it still lagged Ferrari's profitability by a considerable margin. One fact tells the tale: Aston sold more cars in 2017 than it had in nine years. The challenge for Palmer, if Aston goes public, will be to build on 2017, boosting Aston's margins and profits higher over the next few years -- and showing that last year's profit wasn't a fluke.

The good news is that he might be able to do that, thanks to a turnaround plan that he put in place when he arrived at the company from Nissan in 2014. That plan calls for for (among other things) a series of new models to replace the company's long-in-the-tooth entries, new powertrains to be developed with Mercedes-Benz, a second factory in Wales, and a push into electric vehicles.

The first of those all-new models, the DB11, arrived last year to strong reviews. It was responsible for much of the company's 58% year-over-year sales growth in 2017. The second new Aston Martin, an all-new version of its V8-powered Vantage, was revealed in November and will begin shipping in a few months. More all-new models, including an SUV that will be built in that new factory in Wales, are on the way. 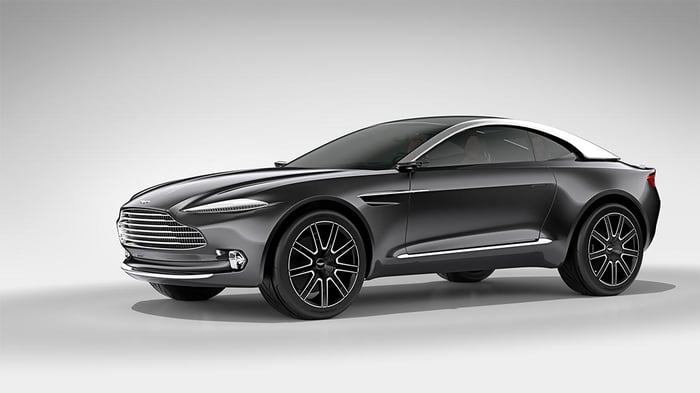 Simply put, with Aston now profitable and poised for bottom-line growth, its private-equity investors are looking to realize a profit and move on to new opportunities.

Of course, the funds' desire to exit doesn't necessarily mean Aston Martin will go public. The investors could choose to sell their stakes privately, either to new investors or to a major automaker (Daimler, perhaps?) that could help boost Aston's growth by sharing technology and resources.

But my sense is that the chances of an Aston Martin IPO are probably greater than 50% right now. Given the company's profit-growth potential under Palmer's plan, it'll be worth a close look if and when it happens. Stay tuned.