Geely Auto's global ambitions make it a company to watch.

A Chinese entrepreneur who founded one of that country's most forward-thinking automakers has purchased just under 10% of Mercedes-Benz parent Daimler AG (DDAI.F 0.22%), the German company said on Friday.

The entrepreneur is Li Shufu, the founder, chairman, and principal owner of Geely Automobile Holdings (GELYF 1.17%). His decision to take a substantial stake in Daimler is the latest sign that Geely has big global ambitions. Investors should take note. 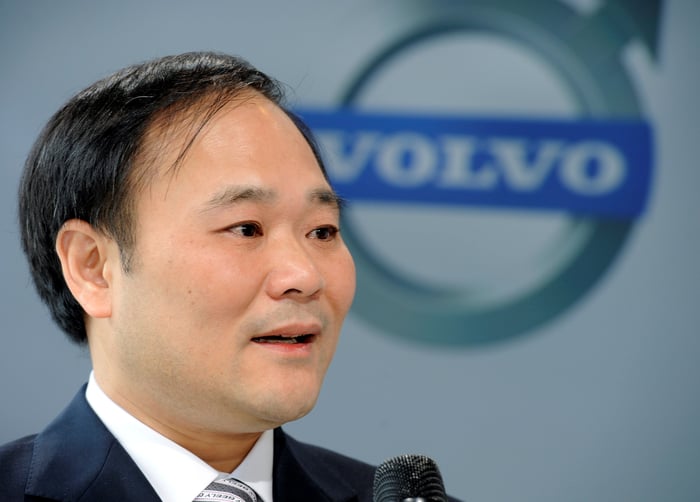 Li's company, known as Geely, is one of China's leading domestic automakers, and perhaps the one with the greatest global ambitions.

Chinese automakers see partnerships with global automakers as sources of technology and manufacturing expertise as well as a way to elevate their local standing.

According to a Reuters report, Geely has been seeking an alliance with Daimler around electric-vehicle technologies. Aside from the prestige that comes with a big stake in Mercedes-Benz's parent, it's likely that Li hopes his investment will give Geely leverage in those discussions. 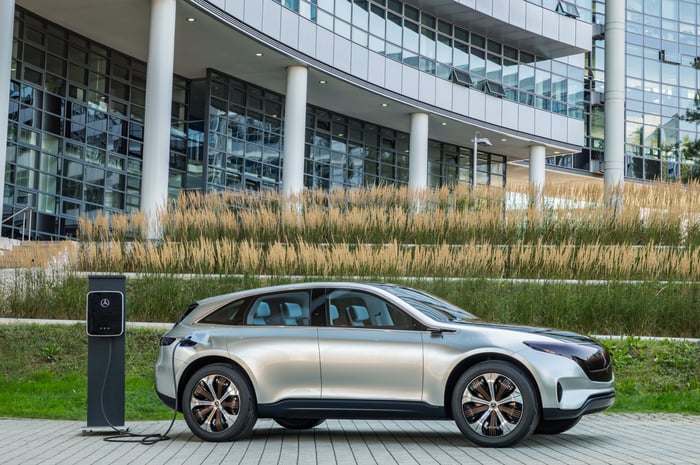 Daimler is gearing up to launch several electric cars and trucks. Geely may want access to that technology. Image source: Daimler AG.

How does Daimler feel about this?

In a statement, Daimler said that it was "pleased" to have Li as a long-term shareholder. But it was carefully noncommittal on the topic of an alliance:

Daimler knows and appreciates Li Shufu as an especially knowledgeable Chinese entrepreneur with clear vision for the future, with whom one can constructively discuss change in the industry.

Daimler has good reasons to be careful: For starters, it already has a major partner in China, Geely rival BAIC Motor Corporation -- and a partnership around electric vehicles with BYD, the Chinese battery-and-electric-vehicle company backed by Berkshire Hathaway.

It's probably not a coincidence that Daimler and BAIC chose to announce on Monday that they will together invest about 1.5 billion euros ($1.84 billion) to build a new Mercedes-Benz factory near Beijing.

For now, I think it means "put Geely on your radar."

Li is a forward-looking entrepreneur with some important alliances, global ambitions, and -- apparently -- a lot of money to spend. That makes him, and Geely, worth watching as the Chinese automaker moves closer to becoming a major global auto player.