Investors like to keep track of their stocks, of course. But having to constantly check in on how a company is doing, what its management is saying, or whether it's moving in the right direction is not what any investor wants to do.

If you're in the market for some great technology companies but don't want to take two antacids before bed each night, then perhaps you should consider Alphabet (NASDAQ:GOOG) (NASDAQ:GOOGL), Amazon.com (NASDAQ:AMZN), and Netflix (NASDAQ:NFLX). If you've considered these stocks in the past but haven't added them to your portfolio, here are a few reminders why these companies don't need any babysitting. 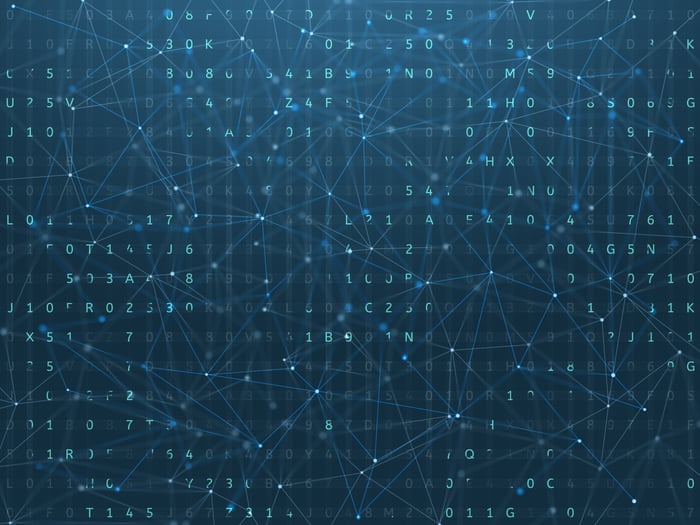 The e-commerce and cloud computing play

I feel like I have to preface this bit about Amazon by first acknowledging that the company's shares are expensive -- Amazon's shares trade at about 98 times the company's forward earnings. At that premium, some investors may feel the need to keep a close eye on this company. But I've added it to this list because Amazon is one of the best examples of a company that knows how to diversify its revenue, expand into new markets, and build an ecosystem that brings its customers coming back for more.

Take the company's e-commerce platform for instance. It generated more than $55 billion in sales in fourth-quarter 2017, and Amazon continues to add value to the platform by building out its Prime services. There are an estimated 90 million Prime members that not only get two-day free shipping on items, but also video and music streaming services and other benefits. Amazon keeps customers coming back by adding more value through these services, but also by giving customers more ways to interact with its platform. Amazon uses its voice assistant, Alexa, and its Echo speakers and Fire tablets to allow users to easily order from its website. This has already proved to be a successful strategy: Echo speaker owners spend an extra $400 per year on Amazon compared to Prime Members without an Echo.

But one of the biggest reasons why investors don't need to babysit Amazon's stock is because of the company's cloud computing services, Amazon Web Services (AWS). Amazon already has about 40% of the public cloud computing market through AWS, and the service is a huge contributor to Amazon's bottom line. The overall cloud computing market will be worth an estimated $411 billion by 2020, and Amazon's early lead in this market isn't likely to be taken away anytime soon.

It's difficult to know where to begin when talking about Alphabet's strengths and reasons why investors don't need to keep close tabs on this company. First, Alphabet's Google is a strong contender in the cloud computing space as well -- it currently takes the No. 3 spot behind Amazon and Microsoft. But Google is using its artificial intelligence (AI) prowess to woo developers and companies to consider its cloud platform over those of its rivals.

Google believes cloud computing could be its next big revenue driver after advertising, and there's no reason why the company can't achieve more market share in the space given its leadership, talent, and resources.

Alphabet also has its hands in everything from smart speakers to artificial intelligence to selling its own hardware. The company's AI pursuits should help it not only improve its own internal systems, creating its own AI chips for servers, but could be a boon to its advertising platform as well. Ads still account for 86% of Alphabet's revenue, and AI is already helping the company make search results better and the ads placed next to them more relevant.

The fact that Alphabet has about $102 billion in cash and is adept at everything from AI to advertising means that there is little in the technology world that this company does not succeed in. If you want a tech stock to set and forget, look no further than Alphabet.

Netflix just came off of a great quarter: the video streaming company's signed 8.3 million net new streaming customers, bringing its global subscriber total to 118 million. That's impressive, to be sure, but the company is just entering its next stage of growth. For years now, most of Netflix's story has been about its domestic subscribers, which account for about 59% of sales, but the company's international opportunities could drive its future.

Netflix had contributing margins of 34% for its domestic customers in the fourth quarter of 2017, compared to just 8.7% for international customers. But there's no reason why the company won't be able to improve those margins once it builds out its footprint overseas and becomes a go-to video content source for its international customers. Netflix continues to build a moat around its business through its award-winning original content and strong third-party content deals. That's keeping Netflix far ahead of its rivals Hulu and Amazon, and that should give investors confidence that this company's stock won't keep you up at night.

While these companies are leaders in their respective technology markets, there's no such thing as a sure bet in investing, of course. Each of these companies faces its own risks, but all of them have successfully built out their businesses with wide moats that competitors will have a very hard time overcoming.