Matthew DiLallo, Rich Smith, and Brian Feroldi
(TMFmd19)
Author Bio
Matthew is a senior energy and materials specialist with The Motley Fool. He graduated from Liberty University with a degree in Biblical Studies and a Masters of Business Administration. You can follow him on Twitter for the latest news and analysis of the energy and materials industries: Follow @matthewdilallo

Did you know that from the start of 1972 through the end of 2016, dividend stocks generated an average annual total return of 9.1%, while non-payers produced just a 2.4% yearly return? Not only that, but the same study by Ned Davis Research also discovered that dividend payers achieved that vast outperformance with significantly less volatility. That potential to earn higher returns without enduring such big price swings is why it makes sense to get to know as many dividend stocks as possible. Three stocks we think you should know are Starbucks (NASDAQ:SBUX), Oasis Midstream Partners (NASDAQ:OMP), and Cisco Systems (NASDAQ:CSCO).

Plenty of growth still left in the tank

Brian Feroldi (Starbucks): I would have never guessed that a great growth stock like Starbucks would ever boast an above-average dividend yield. However, that's exactly the situation that exists today. Starbucks' shares currently yield 2.11%, which is quite a bit higher than the 1.8% yield offered by the S&P 500 in general. What gives? 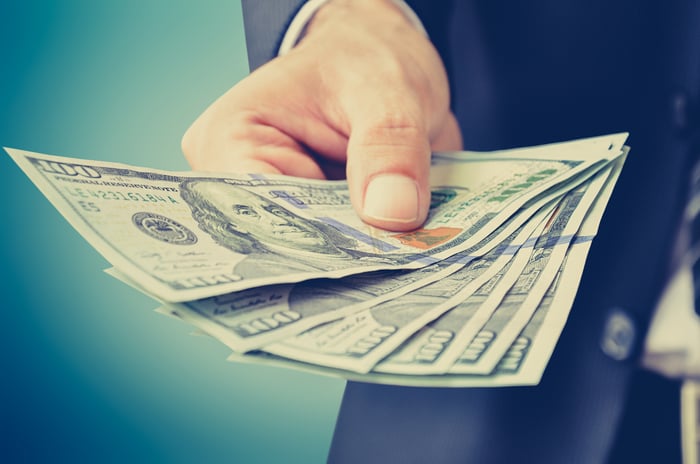 The answer can be traced to Starbucks' stock underperformance in recent years. The company's share price hasn't moved much since late 2015, but the S&P 500 is up nearly 40% over the same time period. When adding Starbucks' fast dividend growth to the picture, it makes sense that its yield now outpaces the index.

While Starbucks' recent returns have been lackluster, I think that the company has become a bit of a coiled spring. After all, revenue and earnings are still growing at a brisk pace even though the share price hasn't budged. That's a problem that will fix itself eventually.

But why am I confident that Starbucks is still a growth stock? First, global comps are still on the rise and management is targeting growth of 3% to 5% over the long term. Second, between the company's premium Roastery stores and Asia, there is still plenty of white space left for expansion. Finally, the push into grocery and convenience stores should allow the company to profit from customers who love Starbucks products but do not visit the stores on a daily basis (like me).

When combined, these factors should enable the company's double-digit profit growth rate to continue from here. That's an appealing prospect for a company that also features such a lucrative dividend.

Matt DiLallo (Oasis Midstream Partners): While master limited partnerships (MLPs) have gained widespread acceptance by income-seeking investors over the years, interest in these entities has waned recently due to the lingering effects of the oil market downturn. Because of that, investors can uncover some real gems in the sector.

One of them is Oasis Midstream Partners. The Bakken Shale-focused midstream company currently pays a generous 9.5%-yielding distribution supported by the cash flow it collects from long-term service contracts with its oil- and gas-producing parent company Oasis Petroleum (NYSE:OAS). That said, while Oasis Midstream's current yield certainly catches the eye, what makes it even more compelling is its growth prospects. The company's current target is to increase its payout by a 20% annualized rate at least through the end of next year.

Several factors fuel that outlook. First, Oasis Petroleum is on pace to grow production 20% this year and 15% to 20% in 2019, which will increase the volumes flowing on Oasis Midstream's systems and the fees it collects from moving this production. In addition to that, Oasis Petroleum holds stakes in two midstream development companies that it intends on selling down to its MLP. Finally, Oasis Midstream is aggressively working to capture volume from third-party producers in the Bakken region, as well as participate in Oasis Petroleum's expansion into the Permian Basin. These factors suggest that Oasis Midstream could grow its already high-yielding payout at a high rate for the next several years, making it a potentially excellent income growth stock. 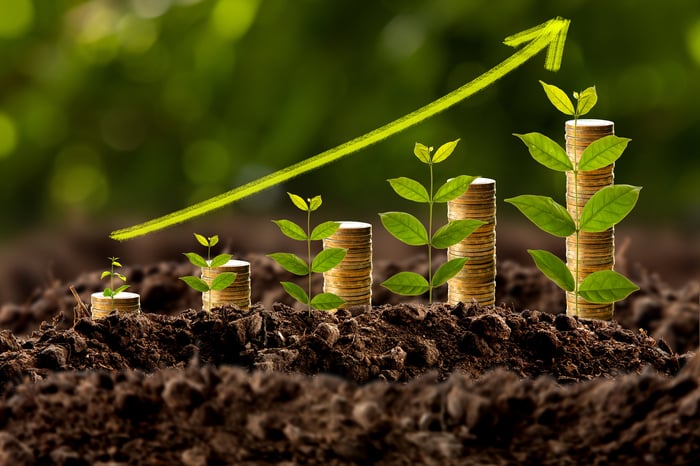 A cheap tech stock with a great divvy

Rich Smith (Cisco Systems): Cisco Systems is probably a name you know already -- as a tech stock, and maybe as a value stock, too. But did you know that Cisco stock also pays a dividend?

A pretty nice dividend, as it turns out. Currently, Cisco stock is yielding 2.6% on the dividend scale, which is a good 30% richer than the average payout on the S&P 500. Sure, some folks might argue that the dividend is not sustainable -- that Cisco is not currently profitable and can't afford a dividend.

Those folks are just plain wrong.

According to data from S&P Global Market Intelligence, despite reporting negative GAAP earnings, Cisco actually generated positive free cash flow of $13.7 billion over the past year. That's a lot of cash to back up Cisco's dividend checks. And even if Cisco weren't generating cash today, it's got more than $73 billion in cash stacked up from the money it's already generated in years past -- plenty of insurance to assure that Cisco can keep paying its dividend for years to come.

In fact, at its current rate -- paying out $5.6 billion in dividend checks annually -- Cisco has enough cash to keep paying its dividend for the next 13 years even if it stopped earning money tomorrow.

Not everyone knows that, but now you're one of those who do.