Maxx Chatsko, Demitri Kalogeropoulos, and Brian Feroldi
(XMFBlacknGoldX)
Author Bio
Maxx has been a contributor to Fool.com since 2013. He graduated from the State University of New York College of Environmental Science and Forestry (2012) with a Bachelor of Science in Bioprocess Engineering and from Carnegie Mellon University (2016) with a Master of Science in Materials Science & Engineering.

Long-term buy-and-hold investing is the single best way to build wealth. It's also one of the least stressful. Rather than buying in and out of stocks, fretting over every press release, or panicking when a bad quarter crops up unexpectedly, individual investors with a long-term mind-set can look to the horizon and let the power of compound interest work its magic.

With that in mind, we recently asked three contributors at The Motley Fool for companies they're following that will be better than ever 20 years from now. Here's why they chose Xcel Energy (NASDAQ:XEL), Blackline (NASDAQ:BL), and Starbucks (NASDAQ:SBUX). 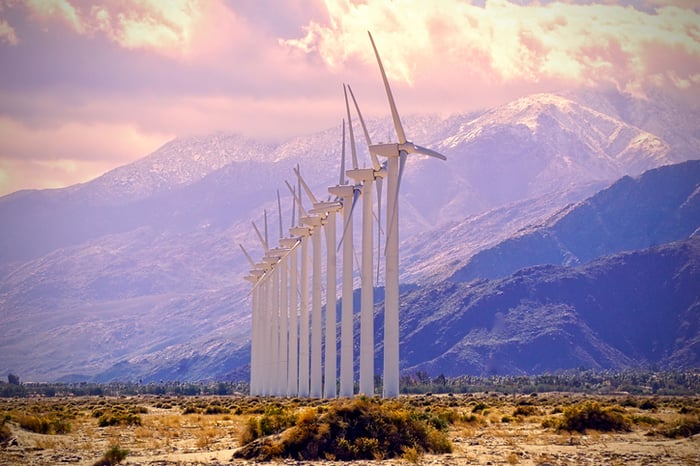 All in on zero-carbon electricity

Maxx Chatsko (Xcel Energy): Long-term investors will find a lot to like about Xcel Energy, which owns four electric utilities located in the middle of the Lower 48. The stock pays out an annual dividend yield of 2.7% and has delivered a five-year return of 129% with dividends included, which is markedly higher than the total return of "only" 68% for the S&P 500 index. It seems likely that market-thumping pace will continue for the foreseeable future.

Xcel Energy is positioning itself to respond to and capitalize on several sweeping changes affecting American electric utilities. Namely, the rise of wind and solar power generation, the coming transition to electric vehicles, and the retirement of coal-fired (and, inevitably, natural gas-fired) power plants. In fact, it remains the only utility or utility holding company to have committed to generating 100% of its electricity from zero-carbon power sources by 2050.

It's not just a publicity stunt. Xcel Energy has discovered that the more it relies on wind power, the lower its operating expenses and capital expenditures become. That's because a wind farm doesn't require refueling, which is obviously not true for a power plant running on natural gas, coal, or nuclear power. Consider that 47% of a typical customer bill in 2010 went to fuel-related expenses, but that's expected to fall to just 25% by 2027 thanks to coal-fired power plant retirements and increasing wind power investments. That transition can keep customer bills low while freeing up substantially more capital to invest in new power generating assets -- or dividends.

The company thinks 46% of its generation mix will come from wind and solar assets by 2027, up from 22% last year. That could increase to 60% by 2030, which would allow Xcel Energy to reduce carbon emissions 80% from 2005 levels. Simply put, this stock figures to continue being great for investors and the environment for the next two decades and beyond. 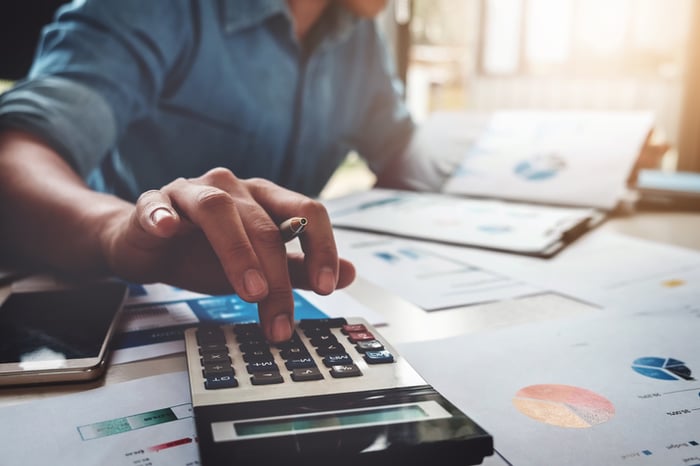 Brian Feroldi (BlackLine): Software has automated a lot of back-office functions, but plenty of accounting work is still done manually. For example, most accountants produce financial reports by manually pulling together data from a hodgepodge of sources. This is a slow, repetitive process that is essential for a business but can be extremely frustrating.

BlackLine is on a mission to bring accountants into the 21st century. This software-as-a-service business provides tools that collect data from numerous sources and process it in real time. This increases accuracy, smoothes out the natural boom-or-bust cycle, and frees up time for accountants and managers to focus on other projects.

More than 227,000 users from more than 2,700 companies have already adopted BlackLine's solutions. This includes companies from a wide range of industries such as Costco, Zendesk, Kimberly Clark, Shire, SunTrust Bank, and more. Better yet, existing customers find the software so useful that they spend more money with BlackLine each year. BlackLine has been able to consistently grow its top line at an above-average rate for many years (this figure was 25% last quarter).

The opportunity ahead of BlackLine remains massive. Management estimates that its current total addressable market opportunity is $18 billion. That's an enormous figure when compared to the $279 million analysts expect it to haul in during 2019.

With its differentiated product, history of success, and massive runway for growth, there are a lot of reasons to believe that BlackLine will be able to grow at an above-average rate for decades to come. That, in my book, makes it an ideal stock to buy and hold for the long term. 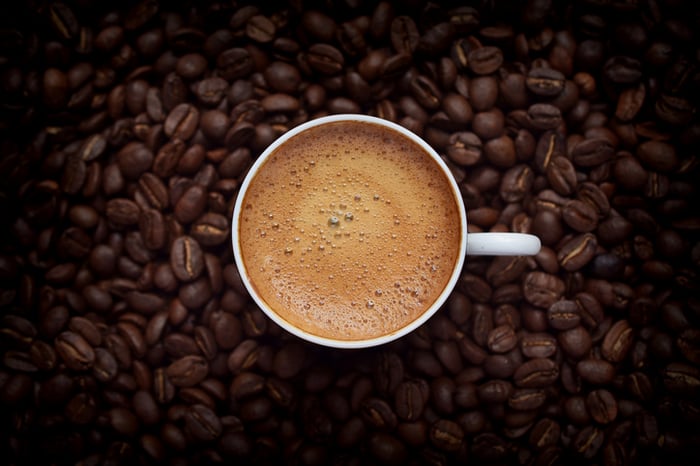 An extra shot of caffeinated returns

Demitri Kalogeropoulos (Starbucks): It would be an understatement to say that investors made out well by holding Starbucks during its first 20 years as a public company. If you bought in at its 1992 IPO, you'd have seen your investment rocket higher by 160 times over the next two decades. Its sheer size means the chain's huge growth days are behind it, but shareholders could still enjoy solid long-term returns from here.

The chain seems well positioned to handle both challenges, and the assets it brings to these fights include a market-leading brand, a fast cadence of innovative drink releases, and a world-class rewards program. If you believe these resources will help Starbucks continue standing out in a crowded restaurant niche that it largely created, there's every reason to expect robust sales growth and improving profitability over the years and decades to come.