Editor's note: A previous version of this article erroneously stated that major truck manufacturers are not investing in natural gas models. It also failed to include the nuance that while Clean Energy's sales are down, its natural gas volumes are up.

Clean Energy Fuels Corp. (NASDAQ:CLNE) was once one of the most promising alternative fuels stocks on the market. The company's natural gas products made sense for buses and semi trucks around the country, and it had a built-in cost advantage over traditional diesel engines if only the company could get its consumers to adopt the technology.

As 2018 unfolds, it appears that the opportunity is dwindling for Clean Energy Fuels, and the company is entering a financially risky position. It may seem tempting to bet on a recovery, but I wouldn't get greedy with Clean Energy Fuels today. 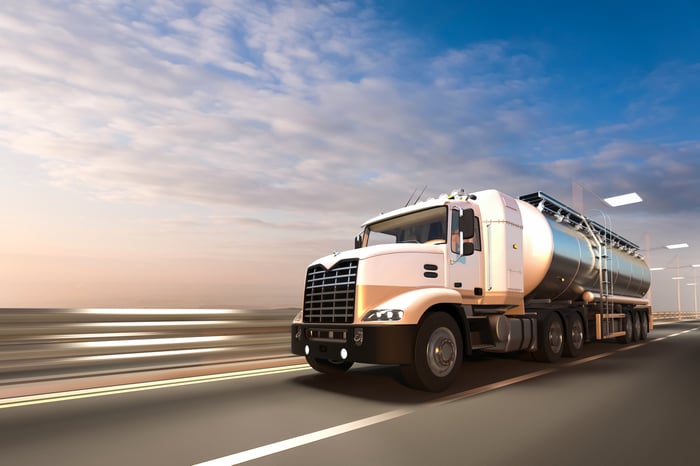 Where it all went wrong

Some of Clean Energy Fuels' challenges aren't actually the company's fault. It still has a cost advantage over diesel, and natural gas is a much cleaner-burning fuel, but other alternatives have become more attractive. The biggest threat is batteries, which have become so cheap and efficient that they're becoming a viable alternative for large vehicles.

Proterra is taking electric buses mainstream and offers customers models that have an EV range of 49 to 350 miles, depending on their need. Tesla's (NASDAQ:TSLA) Semi has also garnered early orders from the likes of UPS, PepsiCo, and Wal-Mart, showing the early viability of electric semis.

As large EV vehicles grow, Clean Energy Fuels faces a situation where the volume of natural gas it’s selling is rising, but the sales in dollars is shrinking. You can see below that the result is continued financial losses without any turnaround in sight. 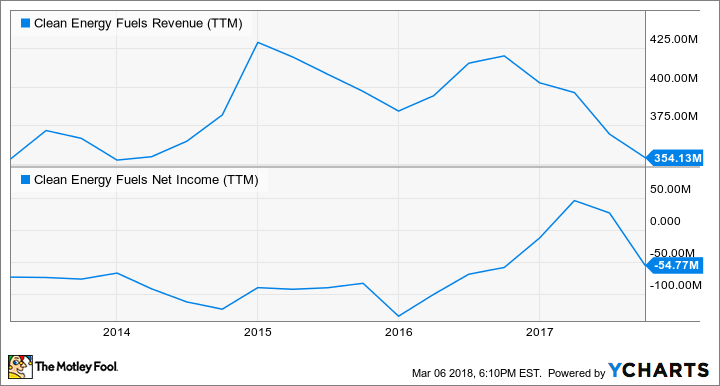 If an emerging source of energy like natural gas isn’t growing fast enough to build scale and expand margins, it’s going to be crushed by better, more cost-effective technologies coming behind it. I think it’s clear that electric-powered vehicles are already proving to be more attractive to consumers at this point than natural gas.

I'll admit that Clean Energy Fuels has been able to lower long-term debt significantly over the past two years. But if you look at the chart below, you can see that the reduction in debt has been driven by share issuances, not cash generated by operations. 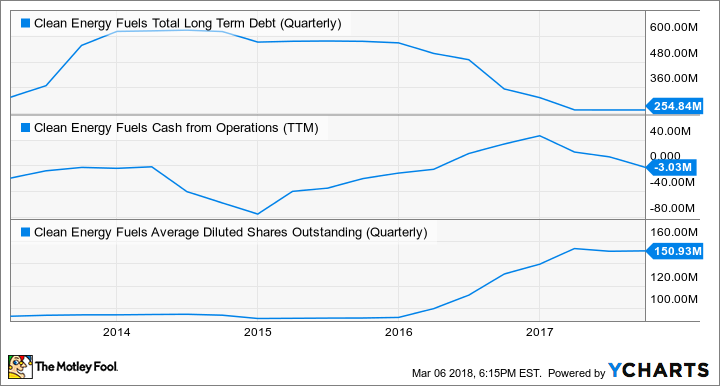 A company can issue shares to stay alive for a while, but not forever. With shares trading at only $1.43 as I'm writing, the funding options are already dwindling for Clean Energy Fuels.

A recovery I wouldn't bet on

There doesn't seem to be much hope for Clean Energy Fuels with little traction in its traditional markets of buses and semis and new technologies like electric vehicles becoming more attractive. Long term, I don't see any sort of recovery for the company, and the writing may already be on the wall for its downfall. This is a low-priced stock already, but I think it will continue to underperform the market, which is why I'm giving it a thumbs-down rating on MyCAPS -- I certainly wouldn't get greedy with this stock.