AMC Entertainment Holdings (NYSE:AMC) stock rose 17.2% in February, according to data provided by S&P Global Market Intelligence. Stronger-than-expected ticket sales in 2018's opening months appear to have been the biggest driver of the share-price increase.

AMC benefited from strong ticket sales for Disney's (NYSE:DIS) Black Panther -- which was released in domestic theaters on Feb. 16. The picture debuted to a three-day opening total of roughly $202 million -- a record launch for a February release. Strong performance continued for the picture throughout the month, and domestic sales have now passed $515 million. 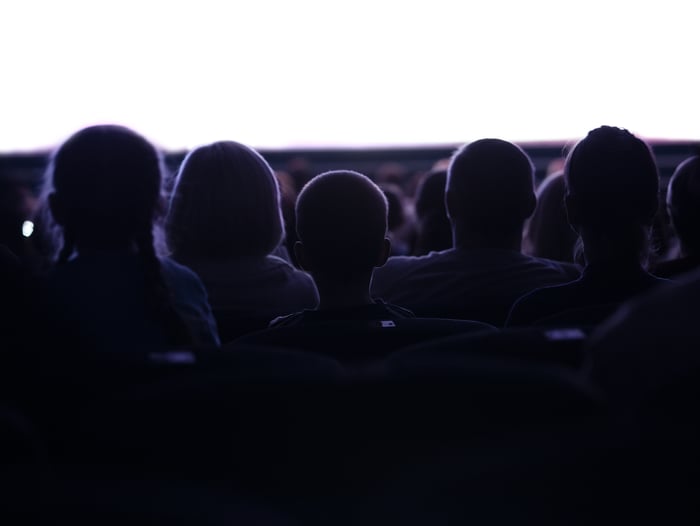 Impressive holdovers for films released at the end of last year included Jumanji: Welcome to the Jungle and Star Wars: The Last Jedi, and have also helped outpace 2017's ticket revenues. Total year-to-date box-office sales are up roughly 9% compared to the same stretch in 2017.

AMC has been facing pressure amid declining ticket sales and threats posed by MoviePass and streaming services like Netflix and Amazon Prime. Last month's ticket sales provided a notable counterpoint to the doom and gloom that flowed after 2017's disappointing performance and could be evidence that the "event film" business model isn't as shaky as many suspect. Led by Black Panther, 2018 was actually the best February ticket sales on record. That's an impressive distinction -- and one that's in line with a general trend of the theater business becoming less seasonal. This development is favorable for AMC.

The film slate for the remainder of 2018 also looks strong, with new entries in the Avengers, The Incredibles, Jurassic World, Deadpool, and Fantastic Beasts representing only a slice of the big franchise films set to release before the year's out. That's not a great foundation for mapping the company's long-term future, but it looks like there's a good chance that ticket sales will wind up substantially higher than those from 2017.

2018's box-office receipts are higher than at any other comparable point across the last five years and are 36% higher compared to the same period in 2013. AMC trades at roughly 0.4 times forward sales, packs a 5.1% dividend yield, and could be a worthwhile value play for risk-tolerant investors.