There was nothing overtly new about General Electric (NYSE:GE) CEO John Flannery's letter to investors. However, reading between the lines, there are some significant changes coming at GE as Flannery seeks to maximize value for investors. That said, let's take a look at the key takeaways from the letter and what shareholders can make of them. 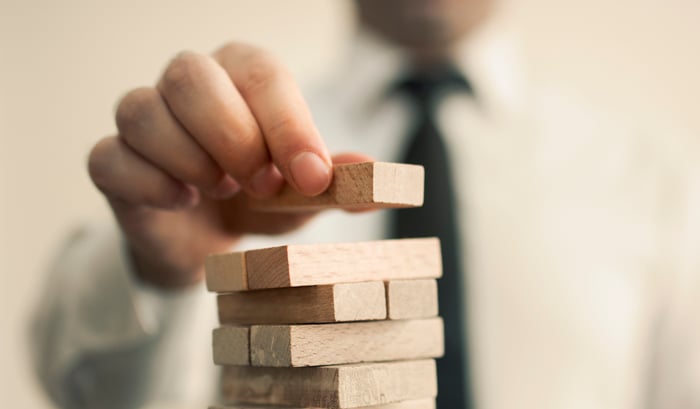 It's no secret that Flannery plans to refocus the company on what he considers its core competency, and he wasted no time reiterating his determination: "We are narrowing our long-term focus to three key industries where our impact is greatest: aviation, health, and energy." As such, he plans to exit $20 billion worth of non-core businesses and has "more than 20 dispositions in active discussions."

The update on disposal discussions is useful for investors because it indicates GE is getting closer to restructuring the company -- a theme I will return to shortly.

Previous CEO Jeff Immelt made GE's digital initiatives -- notably its Predix platform-as-a-service solution -- a focal point of his strategy for the company.  Indeed, the acquisition of Alstom's energy assets and the deal to integrate Baker Hughes with GE's oil & gas assets can be seen as driven, at least in part, by GE's digital capability.

For example, with the Alstom deal GE was buying an installed base with which it could create value by adding GE's digital solutions. A similar argument regarding the value-add from digital also applies to the Baker Hughes deal.

Turning back to the letter, Flannery reiterated that digital was critical to GE's future, but also said he would "tighten" the scope of digital investments and "leverage our partners to pursue digital opportunities beyond our core industries. There is absolutely no change in our belief in the digital future -- only some adjustments in our approach."

Frankly, it looks unlikely that Flannery will engage in the kind of expansionary strategy followed by Immelt.

Although the letter was light on specific trading details, there was a nugget of information regarding the troubled power segment -- and it's not good news. Going back to the fourth-quarter earnings report, CEO of GE Power Russell Stokes said he was preparing for a market wherein demand for heavy-duty gas turbines could be as low as 30 gigawatts. For reference, it was slightly less than 35 gigawatts in 2017, and 46 gigawatts in 2016.

Fast forward to the CEO letter, and the market "could be as low as 30 gigawatts in 2018, deteriorating further into 2019." In other words, the power end-market outlook continues to worsen.

Flannery's willingness to explore options for GE has been a consistent feature of his brief tenure as CEO. Indeed, he reiterated as such in the letter by declaring his intention to "explore every option" to optimize outcomes for shareholders. He promised to continue reviewing matters in 2018, and said there "will be a GE in the future, but it will look different from how it does today."

Part of Flannery's plans involve reducing the size of the board of directors from 17 to 12, and it was one of the new candidates for the board that really caught the eye.

GE investors who aren't familiar with former Danaher Corporation (NYSE:DHR) CEO Larry Culp should know that they are getting one of the most highly regarded industrial business leaders in the U.S. During Culp's 2000-2014 tenure as Danaher CEO, shareholder returns "outpaced the S&P 500 Index by a factor of five" according to a Danaher press release. Danaher stock rose 540% during Culp's tenure, while GE's fell nearly 46% during the 2000 to 2014 timeframe. In achieving this, Culp made the so-called Danaher Business System (a system of applying continuous improvement and lean manufacturing processes) into a byword for industrial excellence.

While Culp left the Danaher CEO position in 2014, he remained a senior advisor to current CEO Tom Joyce until March 2016 -- by which time Danaher had announced it was splitting into two companies. The creation of Fortive Corp (NYSE:FTV) gave investors the option of investing in a high-growth but cyclically exposed industrial company, while the remaining Danaher became primarily a medically focused company.

The result has been an unqualified success for Danaher shareholders, and it's hard not to think that Culp will be consulted on the possibility of doing a similar thing with GE. 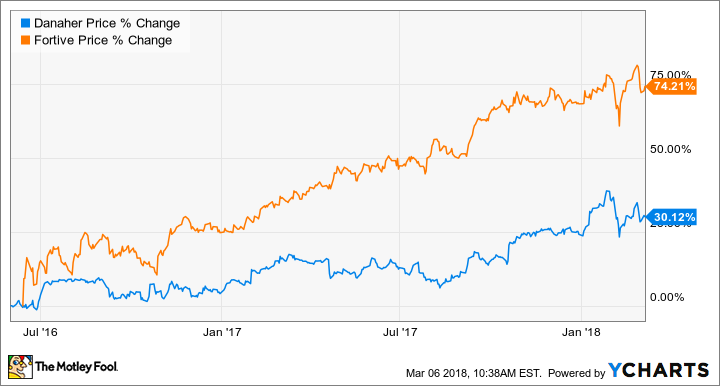 Where next for GE

Flannery's letter encourages investors to believe that GE will be restructured in 2018 and this could result in a change in the investment proposition. Right now the stock is bogged down with doubts over the SEC investigation and lingering concerns over its power segment prospects.

However, if GE achieves some asset sales, gets through the SEC investigation unscathed, and sets about increasing power services margin while taking Danaher-like action over restructuring, then investors will start to look very differently at the company. Now may not be the best time to buy the stock, but Flannery is laying the groundwork to make GE more investable.