See which stocks climbed on another tumultuous market day.

Tuesday featured another up-and-down session for Wall Street, with major benchmarks opening higher but losing ground throughout most of the day. Investors seemed to have trouble figuring out whether the sudden ouster of Secretary of State Rex Tillerson was a positive or negative for the stock market, and it wasn't immediately clear what course the administration's nominated replacement, current CIA Director Mike Pompeo, would take going forward. Even amid Washington drama, some individual companies had good news lift their shares. Ultra Petroleum ( UPL ), Endocyte (NASDAQ: ECYT), and MDC Holdings ( MDC 6.04% ) were among the best performers on the day. Here's why they did so well.

Ultra picks up some energy

Shares of Ultra Petroleum jumped 8% after the company's announced favorable test results on a key well and provided a business update. The natural gas exploration and production company said that it saw 24-hour initial production rates of 54.5 million cubic feet equivalent at its Warbonnet site in the Pinedale shale play in Wyoming. Yet what likely sent shares higher was a combination of favorable cost and earnings guidance for the full 2018 year as well as Ultra's decision to name several key shareholder representatives to its board of directors, including Fir Tree Partners' Evan Lederman as chair. The move suggests greater willingness to do what it takes to boost shareholder value, and investors are excited about the potential for a recovery for the hard-hit natural gas specialist. 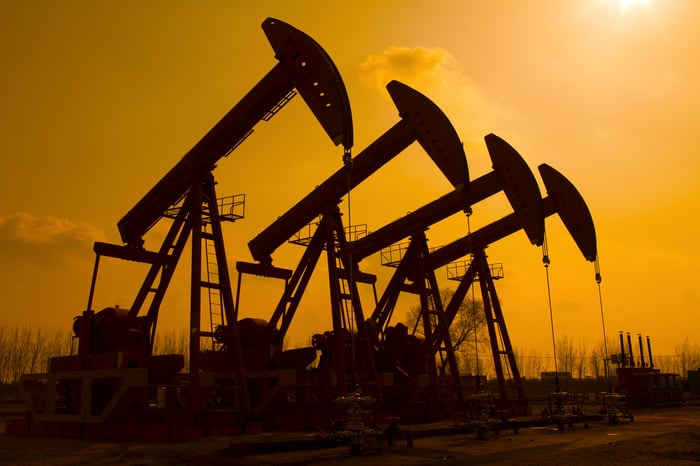 Endocyte stock soared nearly 23% on continued excitement for the clinical-stage biotech company. Last week, Endocyte gained ground after analysts at Wells Fargo set a $20-per-share price target on the stock, basing their outperform rating on the strong potential for its lead candidate treatment for prostate cancer. Investors think that the coming phase 3 trial will be instrumental in demonstrating the efficacy of Lu-PSMA-617. Skeptics point to the tripling in the stock price just since late February as an overreaction, but momentum is nevertheless carrying Endocyte to its best levels in four years.

MDC gets a thumbs-up

Finally, shares of MDC Holdings gained 5%. The homebuilder received positive comments from analysts at UBS, which took its rating on the stock all the way from sell to buy based on expectations for the future. UBS sees potential for improving fundamental performance because of recent strategic decisions involving land acquisition and smarter capital allocation. If MDC's returns on equity improve as a result, then investors might well reward the homebuilder with a more optimistic valuation even in the face of rising interest rates that some fear could bring a halt to the long rise in the housing market.