Semiconductor specialist Broadcom (NASDAQ:AVGO) reported its results for the first quarter of fiscal 2018 after the market closed on March 15. The late launch of the iPhone X provided a significant revenue boost for the wireless segment, although Broadcom expects a steep decline in iPhone X-related revenue in the second quarter. The company's attempts to acquire Qualcomm unraveled just a few days before this report, and Broadcom now plans to go after smaller deals. Here's what investors need to know about Broadcom's first-quarter results. 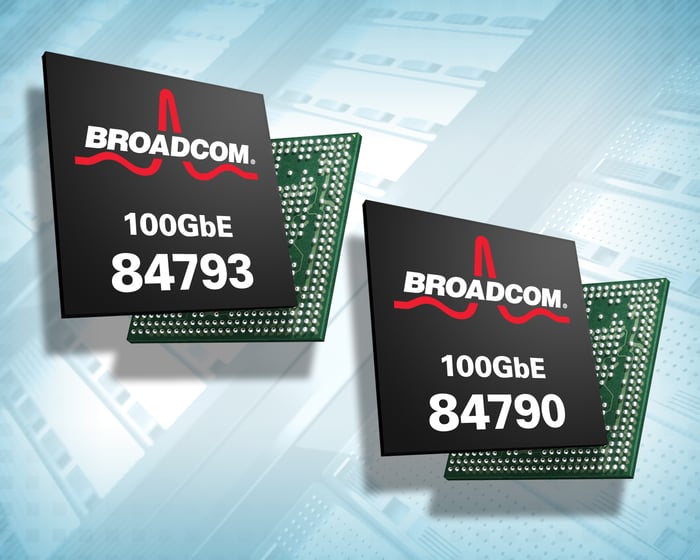 Broadcom provided the following guidance for second quarter of fiscal 2018:

Broadcom also declared a quarterly interim cash dividend of $1.75 per ordinary share, payable on March 29 to shareholders of record on March 22.

CEO Hock Tan explained during the earnings call that the late launch of the iPhone X was behind the company's strong wireless results:

First-quarter 2018 wireless revenue growth was driven by the ramp of the next-generation platform from a large North American platform customer. As you may recall, this ramp was pushed out into the first quarter from the fourth quarter as compared to prior years. This push-out, coupled with a very large increase in our content in this new platform, drove the substantial year-on-year growth in revenue in the first quarter.

Tan doesn't expect a repeat in the second quarter: "But, as we look into the second quarter of fiscal '18, we are expecting a much larger than typical seasonal decline in wireless revenue as shipments to our North American smartphone customer will trend down sharply from the exaggerated first quarter. We expect to partially offset this decline from an increase in our product shipments to support the ramp of next generation flagship phone at a large Korean smartphone customer."

Following Broadcom's failed attempt to acquire Qualcomm, Broadcom CFO Thomas Krause suggested that the company would go after smaller targets in the future: "Given the maturity of the industry, the consolidation it has seen, and our relative size now, our future acquisitions are much more likely to be funded with cash available on our balance sheet and without the need to flex the balance sheet much beyond our current financial policy of 2X net leverage."

The late launch of the iPhone X gave Broadcom a big revenue boost during the first quarter. In the second quarter, Samsung's new Galaxy smartphones will provide a tailwind for the company, partially offsetting expected declines related to the iPhone X.

With the Qualcomm saga officially over, Broadcom can turn its focus to other acquisition opportunities. Smaller-scale deals like the Brocade acquisition, which was valued at $5.5 billion, appear more likely than megadeals that could get shut down by the Trump administration. Despite the setback, don't expect Broadcom to pull back on merger and acquisition activity anytime soon.