As the streaming industry matures and evolves, we're seeing companies deploy different strategies to attract customers. Time Warner's HBO has been successful using prestige dramas like Game of Thrones, The Sopranos, and True Blood to build a user base, and augments these shows with a vast catalog of video and TV content. Disney's upcoming streaming services are likely to leverage blockbuster movies from Pixar, the Star Wars franchise, and Marvel to bring in customers.

Netflix (NASDAQ:NFLX) has created its share of hits, but the company is also deploying a much wider content strategy than the big studios. Instead of investing in a few blockbusters that become immediately identifiable to consumers, it's spending $8 billion in 2018 alone to develop 700 TV, film, and stand-up comedy specials. What remains to be seen is if consumers want the hits or if they're willing to wade through a sea of content to find the diamonds in the rough. 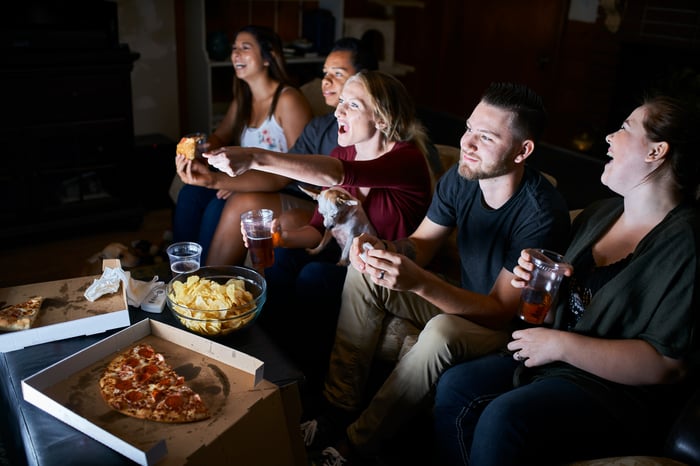 Netflix and streaming TV don't have a perfect corollary in the world of traditional media, but there are some examples of a similar content strategy that we can point to as a measure of financial success.

In the table below, you can see the number of movie releases in the top 100 of Box Office Mojo's rankings for 2016 and 2017 and the corresponding domestic box office. You can see that Disney releases very few movies each year, while Fox, Time Warner, and Comcast's NBC Universal take more swings at the box office.

What's incredible about this table is that Disney hits a home run nearly every time it releases a film. In 2017, $289.5 million in domestic box office would have ranked a movie No. 9 of all films released during the year. That was Disney's average over a two-year period.

We can't necessarily draw any direct relationships between the box office and the world of streaming content, but there should be some correlation. Popular movies at the box office will likely be popular on streaming services, indicating that of these four studios, Disney has a high probability of success.

While Disney is a clear winner at the box office, the picture is less clear in streaming. If Disney releases nine outstanding movies and a handful of popular TV shows each year on its streaming services (plus legacy content), will it be more attractive to consumers than 700 Netflix shows? Disney and Netflix are taking very different strategies in an effort to find out.

One example of how the battle between Disney and Netflix might look is Marvel versus Millarworld. When Netflix acquired Millarworld in 2017, it bought the Kick-Ass, Kingsman, Wanted, and Reborn franchises, which are successful but far from the Marvel universe. Even Mark Millar's most successful box office work came as the comic-book writer for Old Man Logan, which became the inspiration for the 2017 box office hit Logan.

There's a big gap between developing large, successful comic book franchises like Disney has done with Marvel. Just look at Fox's flops with Fantastic Four and the constant reboots of Spiderman. Then there's the Justice League characters like Superman, Batman, and Wonder Woman, who have had box office hits, but nowhere near the success of the Marvel franchise. The financial results for blockbusters are far better than second-tier content, as you can see below. 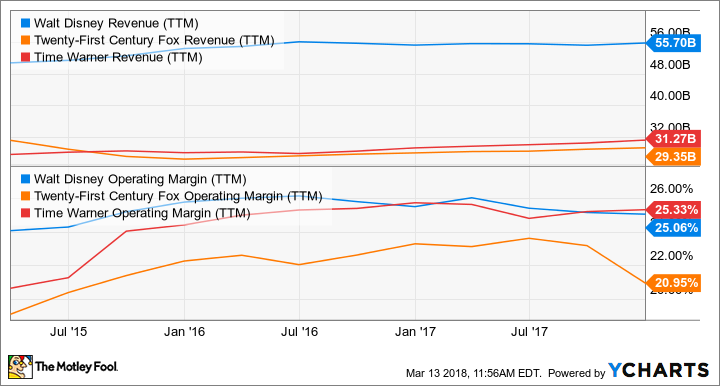 Is Netflix going to create second-tier superhero and prestige drama content behind Disney and HBO? Will the strategy generate the same margins as that of competitors developing blockbusters for streaming platforms?

I've provided the data and context above as a backdrop to one of the strange challenges I think Netflix is facing in the modern TV era: There's too much good content for any one person to watch.

The average TV or movie consumer may watch a few hours a day, but catching up on the flood of content is impossible -- and 700 new shows on Netflix will only make the challenge worse.

What I find myself doing is falling back into the comfortable shows and brands that I know well, rather than investing emotionally in another new story. I'm sure Black Mirror or The Crown or Narcos are great shows, but where am I going to find 60 hours to catch up on those shows, much less hundreds of others I'm falling behind on?

Netflix will say that its algorithm will match me with the best content for me, but I still find myself flipping through content, just like channel surfing, asking myself what I want to invest in watching. Too often, I settle in with an old episode of Friends or Archer, like the comfort food I keep ordering out of habit.

As a result, the Disney streaming app excites me more than my existing Netflix subscription. I can catch up on a few Marvel movies I've missed and rewatch Pixar films with my son, who will be seeing them for the first time. I will also be inclined to make time for blockbusters like Black Panther or the Star Wars release of the year, just to catch up on what everyone is talking about. I can't say I'm compelled to catch up on Netflix content in the same way.

Where is the money in streaming?

Maybe adding hundreds of shows to Netflix's vault is worth $8 billion a year, and maybe the subscriber list will continue to grow. But the history of TV and film has shown us that the blockbuster hits are where the money is made. That's Disney's bread and butter, and it has a higher batting average than any other studio.

Netflix may have more content coming online than Disney on an absolute basis, and it may have a few hits in its 700 releases this year -- but will they break through the noise to become eminently rewatchable? I think the answer will ultimately tell us who will make the most money in streaming content over the long term. Maybe it's just my viewing preferences, but I'm betting on Disney's blockbusters until Netflix proves it can create content with the same kind of staying power of any of Disney's best franchises.