Cybersecurity spending has been growing at a consistent pace as corporations and governments beef up defenses against the ever-evolving threats from hackers. Market intelligence firm IDC estimates that cybersecurity spending increased 10.3% last year to $83.5 billion, and the market is expected to grow further still, potentially reaching $120 billion in the next three years.

There are several ways for investors to take advantage of this market's steady growth. On the one hand, pure-play specialist Palo Alto Networks (NYSE:PANW) has reported terrific growth over the years as it has gone all out to attack this space. On the other hand, networking equipment giant Cisco (NASDAQ:CSCO) has made huge strides in cybersecurity thanks to its deep pockets and an impressive network of existing clients.

Which one of these two stocks should investors go for to tap this multibillion-dollar market? Let's find out. 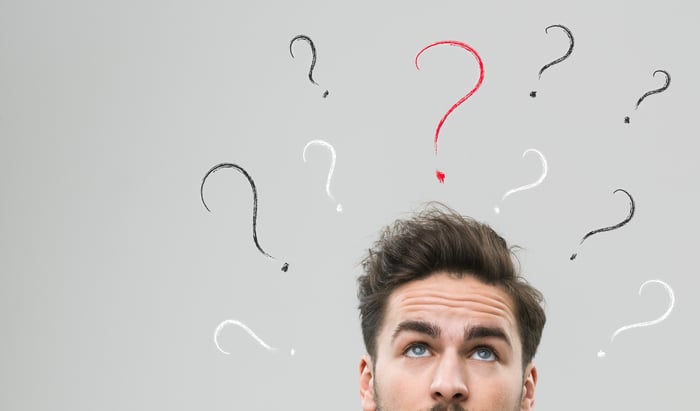 Palo Alto is a pure-play cybersecurity company. It has witnessed rampant growth in its revenue thanks to an aggressive sales strategy that has helped build a solid customer base. Palo Alto's revenue in the latest quarter increased 28% year over year as it added 3,000 customers.

More noteworthy is that Palo Alto's customer growth rate has accelerated of late. The company was adding an average of 2,130 customers each quarter last fiscal year, and it is averaging 2,750 new customers over the first two quarters of the current fiscal year. This impressive growth in Palo Alto's customer base can be attributed to its regular product improvements and aggressive spending on sales and marketing.

Palo Alto's sales and marketing outlay increased almost 17% year over year to $265 million. The company spent close to 49% of its revenue on this line item last quarter as it tries to maintain its impressive growth rate in a highly competitive market. However, the company's sales strategy is working -- it saw a 33% increase in deferred revenue to $2 billion last quarter.

Deferred revenue is the amount received by a company in lieu of services to be provided at a later date, and is a commonly found metric in the case of companies following a subscription-based sales model. The fact that Palo Alto's deferred revenue increased at a faster pace than its actual revenue indicates that customers are spending more money on its products and services. This should eventually boost its top line when the services are actually delivered and recognized on the income statement.

The lifetime value of the purchases made by Palo Alto customers during the latest quarter increased to a minimum of $25.6 million, an increase of 54% from the prior-year period. Customer lifetime value is calculated by deducting the costs related to acquiring and servicing a customer from the total revenue expected from that customer over the lifetime of the contract.

The massive increase in this number last quarter means that Palo Alto's clients are getting deeper into the company's ecosystem of cybersecurity products. This should help the company grab a bigger share of the cybersecurity market and boost margins, as it costs less to service an existing customer than to acquire a new one.

Palo Alto forecasts that its addressable market will increase to $24 billion by 2020 from $19 billion last year, and it won't be surprising to see the company carving a greater piece of this thanks to its rapidly growing customer base.

Unlike Palo Alto, Cisco is a diversified networking equipment company. Cybersecurity is one of Cisco's many business segments, accounting for just 5% of its total revenue last quarter. But the size of Cisco's cybersecurity business eclipses its pure-play rivals.

This might pale in comparison to Palo Alto's terrific growth rate, but Cisco enjoys an inherent advantage in the cybersecurity space thanks to its leadership in networking equipment. It has been bundling its cybersecurity offerings with its portfolio of networking products such as switches and routers. The company says that it wants its clients to "get the most out of equipment already deployed by enabling key Cisco iOS software features to enhance [their] network protection."

The recently released Cisco Security Connector service gathers network traffic data from iOS devices and applications and prevents users from logging on to malicious sites. Cisco customers can easily deploy this service through the company's cloud-based enterprise mobility management software. So, the company can easily cross-sell its cybersecurity offerings through existing sales channels and software platforms.

This advantage has allowed Cisco to gain an edge over pure-play specialists like Palo Alto, which need to create a client base from scratch and fight hard to ward off competition from bigger players.

Cisco and Palo Alto present two very different options for investors in the cybersecurity space, and both have their pros and cons. Palo Alto's revenue is growing rapidly as it is focusing purely on this market by spending aggressively on customer acquisition. Cisco's cybersecurity growth, meanwhile, isn't as meteoric as Palo Alto's, but it could be a good choice for conservative investors looking for a diversified pick.

Finally, Palo Alto trades at an expensive 39 times next year's earnings as compared to Cisco's forward P/E ratio of 16. This isn't surprising, considering Palo Alto's terrific rate of growth, which makes it a good play for investors with a higher risk tolerance.

For those investors looking to tap into the cybersecurity opportunity at a reasonable valuation -- and with the safety net of several sources of revenue -- Cisco could be the perfect fit.