Thank goodness for small mercies -- Roku (NASDAQ:ROKU) is no longer a sell.

At least, not according to the analysts at Oppenheimer & Co., who this morning announced they're relenting on their underperform rating on Roku stock. While not announcing a specific price target, Oppenheimer announced it's upgrading Roku stock to perform (i.e., neutral) after seeing the stock's price cut nearly in half. 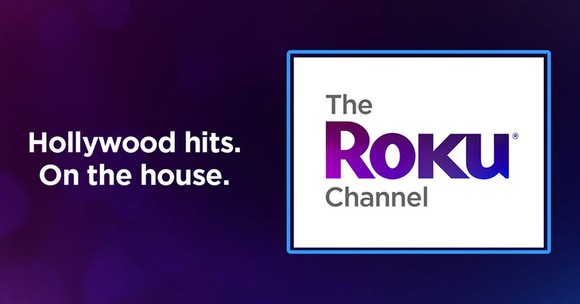 What goes up, just came down

Roku stock peaked near $57 a share in December, and even just one month ago, was still trading for close to $51 a share. But the stock has fallen sharply from its post-IPO highs, after even Roku fans began musing that the stock's massive run-up suggested Roku might be "getting ahead of itself."

Today, Roku stock can be purchased for just over $34 a share -- still twice what it cost at the time of the IPO, but roughly half what it once cost. Now that the stock has fallen 33% from its February high, Oppenheimer thinks it's no longer the "compelling short" that it once was, as the analyst explains in a note covered on TheFly.com this morning.

Oppenheimer isn't quite ready to recommend buying Roku yet, mind you. (And with Roku earning no profits last year, and unlikely to earn any profits this year either, you can see why.) That said, Oppenheimer does see the possibility of Roku to growing into a potentially profitable operation in the future.

In today's note, Oppenheimer observes that Roku is moving up the launch date for its self-produced The Roku Channel, which will offer free movies to Roku users, to 2018. Combined with a trend among cable customers toward buying "skinny bundle[s]" of channels, viewers starved for content from their bundle dieting can be expected to provide a ready audience for Roku's new homegrown channel -- boosting advertising revenue for Roku.

Adding to the attraction, says Oppenheimer, is the fact that the new technology of "automatic content recognition" (ACR) could provide a "positive catalyst" for Roku stock by making it easier for Roku to sell ads to advertisers.

Even if the term is unfamiliar, you're probably already familiar with at least one aspect of ACR -- the way your cable box or streaming device sometimes permits you to pause a movie and see on-screen information about the actors playing in it, about the director, and so on. This is one facet of ACR, which enables a device to understand what movie you're watching, and to connect it to information that you might logically want to know in the course of watching your movie.

At the same time, ACR can understand what you're watching...and convey that information to advertisers to help them better target advertisements toward you. Advertising technology company Viant explains: "With ACR, advertisers benefit from a wealth of data that outlines exactly which ad, channel, or program a viewer was watching, when, and for how long." That kind of information makes selling ads more effective for advertisers, such that they'll likely be more willing to pay more for ads -- and buy more of them.

Which would obviously be good news for a company like Roku.

What it means on the bottom line

With these "catalysts" working in its favor, Oppenheimer has reason to be a bit more confident in Roku's latest earnings guidance, which the analyst notes "now reflects the negative impact of new accounting standard ASC 606" on the rules for corporate revenue recognition.

These sales will not be profitable on the bottom line this year. Rather, the company expects to book a loss of between $40 million and $55 million. Still, gross profit margin should be positive in the 42% to 43% range, resulting in gross profit of up to $295 million.

If this is how things play out, it would amount to 47% growth over 2017's tally of less than $200 million in gross profit, and put Roku on a path toward generating enough gross profit to cover its operating expenses -- i.e., to becoming GAAP profitable. Analysts don't expect to see this happen before 2020, but as I look at the numbers, I see gross profits piling up faster than operating costs, creating the potential for Roku to break even even earlier than that.

Although like Oppenheimer, I can't quite recommend the stock at its current valuation of 120 times free cash flow, I share the analyst's optimism that Roku is on the right track -- and could eventually become a buy at the right price.