After an atrocious performance in 2017, Under Armour (NYSE:UAA) (NYSE:UA) stock entered the new year near a five-year low. The one-time market darling saw revenue growth gradually evaporate over the last two years, and it actually declined in the third quarter of 2017 as Under Armour posted its first-ever loss as a publicly traded company. The key culprit was its poor performance in North America, its biggest market, as the company lost share to Adidas and struggled to overcome the bankruptcy of key retail partners like Sports Authority as the broader brick-and-mortar retail segment unraveled.

Thus far in 2018, Under Armour stock is up 11.6%, compared to a 1% gain for the S&P 500, as its fourth-quarter earnings report in February was better than expected. Some believe that Under Armour's recent sell-off set up a buying opportunity, arguing that the company will recover from its recent setbacks, but that is certainly not guaranteed. Let's take a look at the catalysts ahead to determine if now is a good time to buy Under Armour stock. 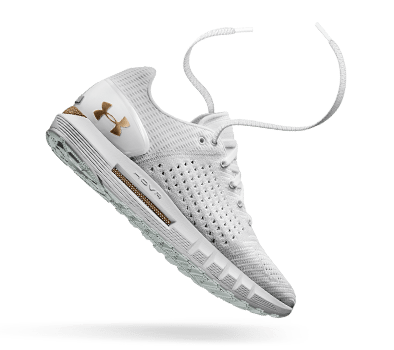 Under Armour saw overall revenue increase 5% in 2017, but North American sales fell 3%. The performance mirrors that of Nike (NYSE:NKE), which has also lost sales in its home country as conventional retail partners like Foot Locker and Dick's Sporting Goods are struggling amid a wider drop in retail traffic. Meanwhile, Adidas has been resurgent thanks to the popularity of vintage styles like the Superstar and Stan Smith as well as new innovations like the Boost and NMD, and partnerships with the likes of rapper Kanye West and model Karlie Kloss. In Adidas' most recent quarter, North American revenue jumped 31%, clear evidence the company is grabbing market share from Under Armour and Nike.

In addition to its struggles in North America, Under Armour's footwear growth has also slowed dramatically, falling to just 3% last year. Considering that footwear is a bigger category than apparel for Nike and Adidas, footwear is seen as Under Armour's biggest opportunity.

CEO Kevin Plank spent time on the recent earnings call talking up the company's latest running-shoe innovation, Hovr, which tracks users' run results. While there was some positive response to the recent launch online and some models are sold out online, industry research company NPD said sales of the product have thus far been "just OK."  Meanwhile, Hovr is up against stiff competition like Nike's new React running shoe and the Reebok Flexweave as Under Armour's rivals continue to innovate as well.

Beyond the structural problems in the industry, a significant challenge to the brand last year seemed to be its own image. Plank put his foot in his mouth shortly after President Trump's inauguration, calling him "a real asset." Reflecting the views of many Under Armour customers, top sponsor and 2-time NBA MVP Steph Curry responded by saying he was right minus the last two letters. The company's release of the Curry 3 shoes fell flat, and Curry's teammate, Kevin Durant, said young players don't want to wear Under Armours. A survey from Piper Jaffray also showed America's teens were ditching the company, as young males said Under Armour was the No. 1 brand that they no longer wear.

Those incidents are all indicative of a brand in trouble, and Plank acknowledged the issue, saying the company had been a "loud company and a quiet brand" in 2017, and his goal for 2018 was to be a "loud brand and a quiet company."  In other words, Plank seemed to think that his own statements and other distractions put the focus on the company last year, rather than the brand, and he hopes consumer focus will return to the brand and the product this year, starting with the release of the new Hovr shoe.

Plank is correct to sharpen the focus on the brand, but fashion is notoriously fickle, and an accidental stigma can have a lasting effect as Piper Jaffray's teen survey seems to indicate. Especially when it comes to athletic footwear, the "cool" factor cannot be understated.

Under Armour's forecast for 2018 calls for low-single-digit revenue growth, which includes a mid-single-digit revenue decline in North America, and adjusted earnings per share of $0.14 to $0.19, which excludes $110 to $130 million in restructuring costs. Based on that earnings forecast, Under Armour stock trades at a P/E of around 100 today. That's a sign that investors believe the company's long-term growth prospects are still intact, but I don't see the company returning to 20% revenue growth. At one point, Under Armour was generating around $0.50 a share in annual earnings, and it seems like the market is assuming it can easily get back to that mark.

However, Under Armour still has a lot of work to do to overcome the challenges against it, and it's hard to see the brand mounting a full comeback as long as sales in North America are falling. Considering that, I can't call Under Armour a buy today. While the company is making improvements, the stock's valuation means it could easily move lower on disappointing news. Investors will likely get a better entry point than they have today.