Austin's South-by-Southwest Conference (SXSW) is one of the world's largest innovative gatherings. Over 100,000 forward-thinking attendees from all walks of life came together last week to showcase their latest-and-greatest ideas and to share their visions of the future.

I've covered SXSW for the past five years, and I always report on my key takeaways. I've noticed in recent years that healthcare is becoming one of the conference's fastest-growing and most popular tracks. 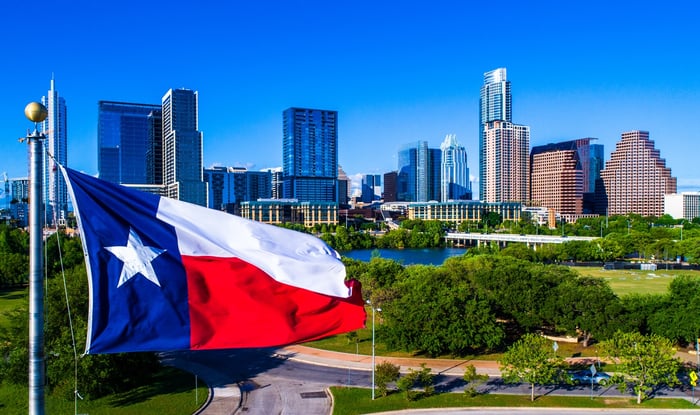 This year, I got a chance to speak again with Dana Abramovitz, who's the business-development liaison of SXSW Interactive. In this role, Dana is responsible for planning, organizing, and managing the Health and MedTech sessions of SXSW -- so she gets an inside look at where the industry is heading. Dana also has a Ph.D. in biochemistry from Columbia University and a Master's in Management from Stanford's Graduate School of Business. She knows a thing or two about the technology and the business of healthcare!

In the video interview below, Dana shares the topics that were most popular this year, where the genomics industry is heading, and the impact of people taking greater control of their own health information.

A full transcript follows the interview.

Simon Erickson: I'm here with Dana Abramovicz, who's one of the lead programmers for SXSW Health Track this year. Dana, thanks so much for joining with us this afternoon.

Dana Abramovicz: Thank you for talking with me, Simon. It's always a pleasure.

Abramovicz: To me, health touches everyone, so whether you're in the medical industry as a provider or an insurer, or just a patient or a caregiver, it touches everybody. Because SXSW attracts people from all across the world and across different industries, I wanted everybody to at least spend five minutes thinking about their health. I really tried to get programming that touched upon that -- that these things are important to everybody.

Erickson: I know we have hundreds of thousands of people descending on Austin this year. It's always completely crazy. What are some of the sessions that you think people are really interested in and that people have been attending this year?

Abramovicz: We've had a lot of interest in things that were more personal. Personal stories. Things people are touching through technology or in person [with] each other. A session on loneliness and how that affects our health, and ways that we can disconnect a little bit from technology to improve our health. Or exercising with friends. Just more of a personal interest.

Another one would be trauma during childhood and experiencing [such] things. You may not even realize the impact to a child. It can impact physical health, as well as [mental health]. And just the importance of recognizing that, both as patients and [as providers] in the medical industry.

Erickson: It sounds like a lot of behavioral health.

Abramovicz: Yes. Actually, we have a session coming up this afternoon on inspiring men to take charge of their mental health. I hear mental health being discussed in the news all the time, but men aren't [actively] participating in that healthcare discussion. That can really impact so much in public health.

Erickson: A very important topic. And technology is great, but sometimes it's good to put the cellphone down and unplug a little bit.

Erickson: One of the other things you and I have chatted about before, Dana, is genomics, which is becoming more and more popular. There's more and more headlines about the genome. Where do we stand in genomics, in general? Where is this industry versus where it was a couple of years ago?

Abramovicz: This is what's so exciting to me. SXSW always tries to program [in such a way that] we're forward thinking and just steps away from the future. I love that we've seen the growth of genomics in that conversation over the past few years. This year, we have five different sessions [where we're] talking about genes and genomes. I'm hoping to get to a point [where just] like the internet was first being introduced at SXSW in 1993...

Erickson: That's a long time ago.

Abramovicz: A long time ago. And now we can't even function without having access to it. We don't even think about having to turn it on. Getting to the point where [when you're born] you have your genome sequence. It's now part of your health record. It's now part of the things that you do. And all we can do with that information. How it can be not [only] for prevention, but [impact] the foods that we eat, and nutrition, and understanding all of that.

[I was] talking with one of the speakers from the last session. [What happens once] you get your genome sequence at birth? Does epigenetics play in? We haven't even gotten into that conversation, but hopefully that will be coming down the road at SXSW.

Erickson: So just like the internet when it was first starting, a lot of people were kind of afraid of it. They didn't know about the privacy of the internet, but over time, they got more comfortable and it just enabled so many things. Are you seeing the same things with genomics today? People are still maybe a little scared of sharing their DNA, but with time, that's going to become more comfortable?

Abramovicz: Absolutely. It was interesting in that one session. The moderator asked the audience how many people had had their genome sequenced? And about one-third of the audience raised their hands. So we are getting to [that] point [of] consumer-based genomics. FDA [Food and Drug Administration] approval of genomic testing. Being able to get certain drugs based on genetic markers. The first drug to get FDA approval.

Rather than [getting approval] based on disease type (like cancer), actually being approved based on the genomics is just so exciting, because we're getting to the root. We're looking at things at the micro level to know what's happening. We now have so much more data. We know so much more. We don't know everything, yet, but that's part of the fun.

Abramovicz: Yes. And inspiring people to figure out what's going on and taking ownership of their healthcare. That [gets] back to inspiring everyone who comes to SXSW to think about their health.

We had a session where a man was diagnosed with stage 4 prostate cancer and his prognosis was terrible. But he took his health into his own hands. He got his tumor sequenced. He identified clinical trials. He is alive because he took ownership of his health and used genomic sequencing to identify what was going on and find the treatment to treat [what was going on] at the micro level. How do we get patients and doctors working on the same page? We've had sessions about that.

Every time I talk to somebody about anything in healthcare, we have a session on that, so it's really exciting for me to be able to hopefully have such a positive impact on so many people.

Abramovicz: Yes. The Health Track at SXSW has been growing year over year, which is wonderful. It creates much more work for me, but it is my pleasure to be a part of that.

Erickson: Well, thanks so much for spending the time with us, also, this afternoon.