On Monday, Honda (NYSE:HMC) revealed its all-new Insight, a hybrid sedan that will slot between the Civic and Accord in the company's U.S. lineup.

Honda's decision to roll out an all-new sedan at this moment is an interesting move, given that many of its global rivals will be rolling out new SUV models at this week's auto show in New York City -- and given that sedans have become something of a tough sell in recent years. It's a throwback to a time when Honda found success by going in a different direction, something that's becoming a hallmark of CEO Takahiro Hachigo's management.

Here's what we know about the all-new 2019 Honda Insight sedan. 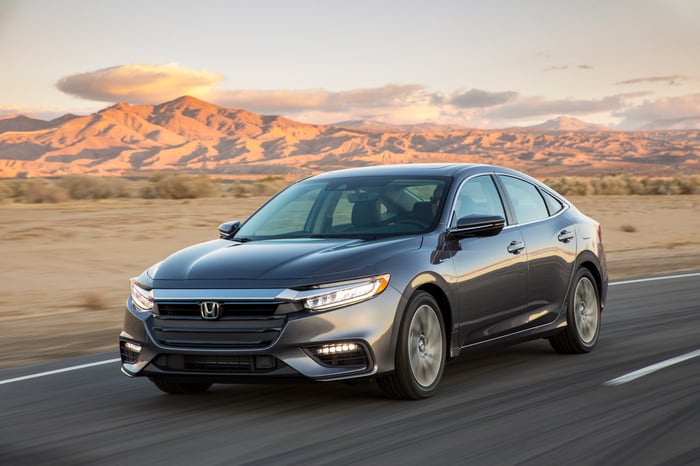 The all-new 2019 Honda Insight is a premium hybrid sedan that will slot between the Civic and the Accord in the automaker's U.S. lineup. Image source: Honda Motor Co., Ltd.

What it is: A Prius-sized hybrid

Simply put, it's a five-passenger sedan, somewhat smaller than an Accord, that shares some underpinnings with the Civic -- and that will be offered only with a conventional gasoline-electric hybrid drivetrain.

Sound familiar? Like the last-generation Insight, which made its debut in 2009 as a 2010 model, the new Insight seems to be aimed directly at Toyota's (NYSE:TM) huge-selling Prius hybrid. That 2010 model featured a flagrantly Prius-shaped body draped over mostly unimpressive underpinnings. It was panned by critics and sold poorly.

On paper at least, this new Insight appears to be a very different beast. Its exterior styling sits nicely between that of the handsome Accord and the edgy Civic, combining elements of both into a sporty and upscale-looking shape.

That upscale look should be backed by an upscale feel on-road. While it's based on the Civic's architecture and shares its 106.3-inch wheelbase, Honda said that the Insight received "numerous engineering enhancements to further improve ride quality, cabin quietness and efficiency" over the (very good) Civic, including suspension tweaks and added sound insulation to reduce road noise.

There's only one powertrain on offer: It's a conventional (non-plug-in) hybrid system that combines Honda's super-efficient 1.5 liter Atkinson-cycle four-cylinder with two electric motors. The system's total output is 151 horsepower and 197 pounds-feet of torque: That should be enough to give decent acceleration, but I suspect drivers won't mistake the Insight for a sports sedan. 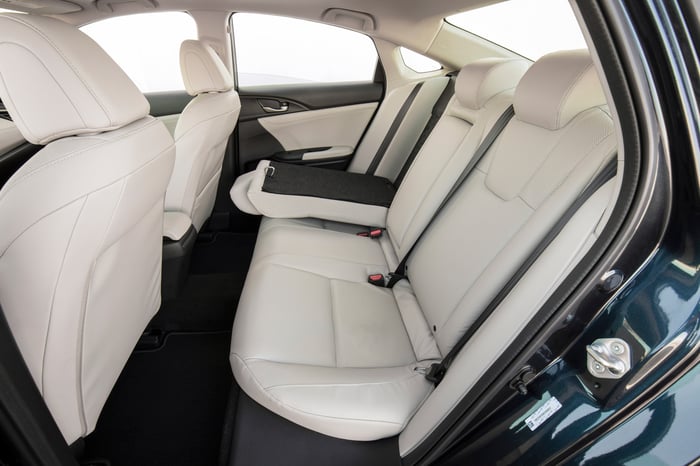 Honda emphasized that the new Insight will be American-made. The battery pack and gasoline engine will be manufactured at separate Honda plants in Ohio and shipped to the company's big factory in Greensburg, Indiana for final assembly.

The all-new 2019 Honda Insight will begin arriving at U.S. dealers in early summer.

Remember the old Honda Insights? This one is different

This is the third car to wear the Insight badge. The original Insight was one of the first gasoline-electric hybrids offered to the public. (Toyota's original Prius was the first-ever hybrid vehicle offered to consumers, but the Insight beat the Prius to the U.S. market.)  That Insight, a tiny, lightweight two-seater optimized for fuel economy, didn't exactly set the sales charts on fire -- but it won Honda a loyal following among environmentally minded drivers and helped burnish the Honda brand's green credibility. 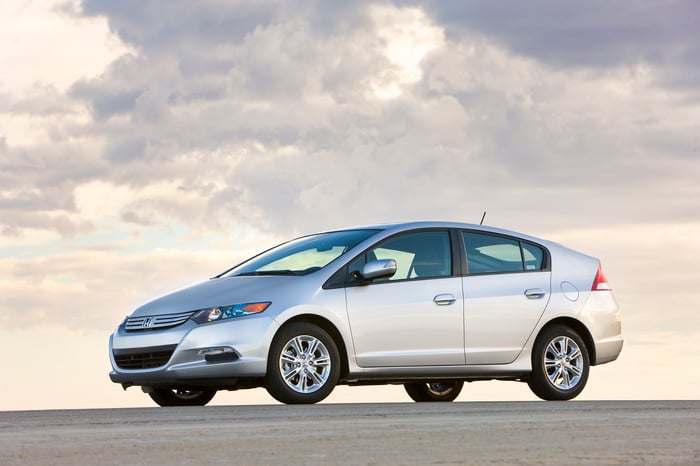 The second Insight, which made its debut in 2009 as a 2010 model, looked a lot (a whole lot) like the then-current Prius. But Honda fans were disappointed: While the second Insight had good fuel-economy numbers, it didn't have much else to offer. Consumer Reports, which had long held most Hondas in high regard, said it was "the most disappointing Honda tested by [the magazine] in a long time," lambasting everything from its ride quality and acceleration to its uncomfortable back seat.

This new Insight looks to be a big improvement on its predecessor.

The new Insight builds on a positive trend at Honda

I'll hold off on making a full judgment until I see the new Insight in person later this week. But two thoughts come to mind right now.

When Hachigo became CEO in 2015, he promised to create a "new Honda," one that focused first and foremost on satisfying and delighting its customers. At the time, the sense I got from Honda executives was that Hachigo's goal was to make Honda Honda again, in part by infusing the company's upcoming products with the elegant simplicity and innovative touches that had won legions of loyal customers for the brand in the 1980s and 1990s.

In the last year or so, we've seen signs that he's succeeding. Some of that old Honda magic is readily visible in the all-new 2018 Accord and its Urban EV Concept, a small electric car that riffs on the styling of the much-loved Civics of the 1970s.

My first thought is that it looks like the new Insight continues that happy trend: Yes, it's aimed at the Prius, but this time around, Honda went its own way. While Honda hasn't yet announced pricing, the new Insight seems aimed a little bit further upmarket than the Prius -- and it looks like a Honda, not like a riff on a Toyota. For investors eyeing Honda's stock, it's another bullish sign.

My second thought is that even if the Insight turns out to be great, it may be a hard sell. The current Prius is well-regarded, but U.S. car-buyers haven't been interested: U.S. sales of the Prius sedan were down 33% in 2017, and they're down another 22% this year through February.

Will the Insight fare better? We'll start to find out later this year.