It's easy to see why some investors would be leery of buying shares of leading toy maker Hasbro (NASDAQ:HAS), with the bankruptcy and liquidation of Toys R Us dominating headlines. The now-defunct retail chain accounted for 9% of Hasbro's global sales in 2017, which is a decidedly large chunk of the Transformers, My Little Ponys, and Monopoly games the company sold last year.

Yet, in spite of the shuttering of the beleaguered retailer, two analysts are saying that Hasbro has game and that investors should buy before the market catches on. Brett Andress, of KeyBanc Capital Markets, points out that the shares offer a "compelling" long-term opportunity, while Linda Weiser, of D.A. Davidson, sees "numerous long-term drivers" that should propel the company forward.

Let's dive in and see if they're right. 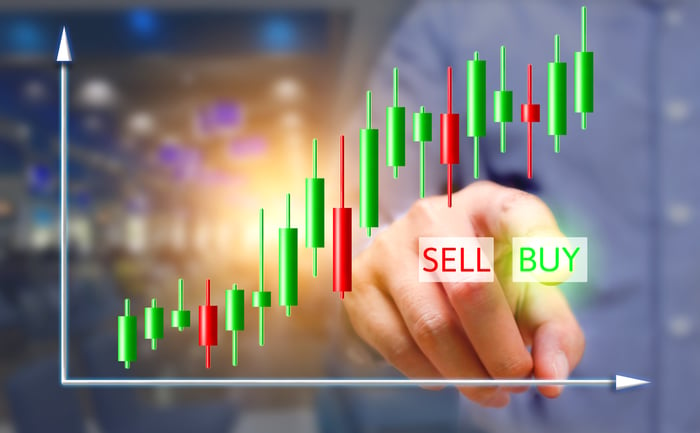 There was still growth last year

It's important to note that even in the wake of the troubles at Toys R Us, the domestic toy market still grew last year. The toy industry in the U.S. produced sales of $20.7 billion in 2017, up 1% year over year and the highest annual sales on record. At the same time, Hasbro's revenue increased by 4% for the year to $5.2 billion -- at four times the rate of the overall industry.

Still, the company will almost certainly take a hit from the closing of Toys R Us. In its 2017 annual report, Hasbro said, "We expect the ... situation with Toys 'R' Us ... will negatively impact our sales in 2018, with the greatest amount of that impact likely to be in the first half of 2018." The report was released prior to the announcement of the toy chain's liquidation, so the impact will likely extend further into 2018.

The market is shifting

Toys R Us accounted for 12% of toy sales in the U.S. last year, leading to ominous predictions by some that the overall industry will decline by a similar amount in the coming year. The situation, however, is not as dire as you might believe.

Analyst Juli Lennett of NPD Group dismisses such fears, saying that's like believing that "every single parent that would have purchased a toy from Toys R Us now decides their child isn't getting a toy this year because Toys R Us isn't there anymore." She further surmises: "Let's apply the 80/20 rule and say that 80% of those Toys R Us parents actually do still buy toys. If this happens -- which I argue is the more likely scenario -- the organic decline for the total toy industry will be in the low single digits."

Lennett notes that 70% of purchases are prompted by a child asking for a specific toy, and they aren't going to suddenly stop asking just because Toys R Us is closed. Parents will merely find the requested toys elsewhere -- like at Walmart or Target -- Hasbro's other top retailers, representing 19% and 9% of 2017 sales, respectively.

There are also specific catalysts that could drive demand for Hasbro toys in the coming year. The company is one of the leading producers of toys based on Disney's (NYSE:DIS) Marvel superheroes. The epic success of Black Panther bodes well for Hasbro, as the company introduced an entire line of products based on the character. Disney has another blockbuster waiting in the wings, Avengers: Infinity War, which will bring together all of Marvel's previous cinematic superheroes to face a galactic threat, which could continue to pay off for Hasbro through the end of 2018 and beyond.

It is also important to note that the top-selling categories last year, both in the U.S. and globally, were Star Wars, another Disney property that is licensed to Hasbro, and Nerf, one of the company's biggest franchise brands. The franchise-brand segment made up nearly half of Hasbro's sales last year.

Investors with a longer timeline should view this as an opportunity to pick up shares of Hasbro at a significant discount, which translates to a 3% yield. The company is using just 40% of its profits to support its payout, which it just increased by 11% to $0.63 per quarter. The stock is also selling at a bargain, at 15 times trailing earnings when adjusted for the one-time hit related to recent U.S. tax reform.

While the troubles related to Toys R Us will certainly create challenges for Hasbro in the weeks and months ahead, there's no reason to believe that the company won't weather this storm like it has countless others.

These 2 Analysts Say Hasbro's a Buy -- Are They Right? @themotleyfool #stocks $HAS $DIS Next Article
Current