My parents are just a few years away from retiring, and that means we've been having a lot of conversations about their future. It can be an odd position to be in when you've spent decades taking advice from your parents, and all of a sudden you're the one being asked the questions.

That might not be the case for everyone, though. A 2016 Fidelity study found that 38% of parents say that they don't talk to their adult kids about retiring because the conversation never comes up.

The importance of having retirement talks with your parents can't be overstated. There's a lot to be gained from having conversations about their retirement, even if your parents are already making great financial decisions. In fact, the Fidelity survey found that 93% of adult children and 95% of parents had greater peace of mind after having "any" detailed conversation about the parents' estate planning.

Those conversations often can be difficult to have, but here are three tips that I've tried to put into practice when talking with my parents. 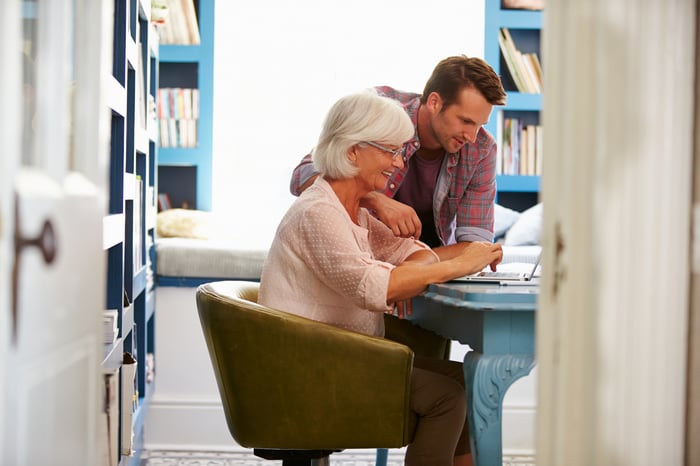 Some families still treat conversations about money as taboo, and some parents may not feel the need to discuss their finances with their adult kids. It therefore is important to listen to what your parents are saying when they do broach the subject.

My parents have never been very closed about their finances, but when they brought up their plans for retirement, where they wanted to move, and some of their purchasing decisions, it still came as a surprise. My parents have known for much longer than I have that I don't have all the answers, but they're committed to asking family members for input on their retirement plans. So whenever we talk about it, I try to listen first and figure out what they want. Sometimes, they want input on their decisions, and other times, they just want to let me know what decisions they've already made.

If they want my opinion on what they're doing, they ask for it. This might be more difficult for some people than others, either because you strongly disagree with what your parents are saying or they're not talking to you about retirement in the first place. If the latter is true, here are a few talking points to help you get started. Just remember to make sure you're listening to their needs.

2. Do some research before you make a suggestion

If your parents talk to you about their retirement plans, it can be tempting to jump in and give your opinions right away. My parents are in the process of buying a house, and I made a recommendation that wasn't exactly correct. After our initial conversation about homebuying, I had to call them back and let them know that I was wrong about a part of the homebuying process. They may have already known that and were just keeping quiet, but it reminded me to do a little digging before I offer up advice. 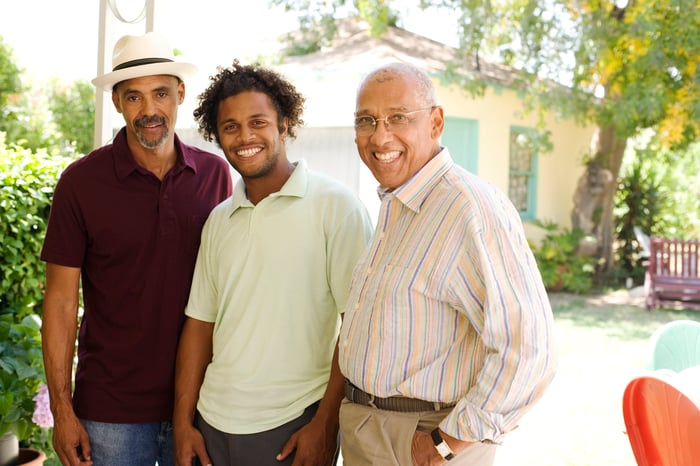 Recent research shows that about 75% of Americans aren't very smart with their paychecks. In fact, about half of Americans have never contributed to their IRAs or 401(k)s. All this means that chances are high that your parents and you need to do some more homework before nailing down retirement plans or offering up advice.

3. Remember it's their money, not yours

It can be tempting to jump all over a bad financial decision -- or one that seems bad -- that your parents are making. Fortunately, I haven't had to deal with that firsthand with my parents, but many people do, and it's worth remembering that you can't control how your parents spend their money. If they want to blow their retirement savings on lavish vacations or helping out other family members to their own detriment, it ultimately is their decision to do so.

Of course, this gets a lot more complicated if you're the one who might end up financially supporting your parents as they get older. But for the most part, you can't and shouldn't be trying to control your parents' financial decisions. The one caveat to this is if they're getting duped by an elderly financial scam, or if they've reached a point in their lives where it's very difficult for them to make financial decisions on their own.

The last bit of practical advice is to remember that you should have ongoing conversations with your parents about their retirement. This might involve discussions about when they're retiring, if they have a financial advisor, what type of big purchase they're making, etc., but talking to your parents about their retirement shouldn't be a one-time deal. As they get older, it's likely that they'll need your input even more than before.