The whiff of funnel cakes and the delighted shrieks of coaster riders are starting to fill the air again. Regional amusement park operators are starting to unlock their turnstiles for the 2018 season, and unlike the year-round theme park giants that draw crowds all year long, this is when Cedar Fair (NYSE:FUN), Six Flags (NYSE:SIX), and smaller chains generate the lion's share of their revenue and all of their profits.

Some of the most anticipated additions to the amusement park landscape have just opened or are about to debut. Cedar Fair's Kings Dominion introduced Twisted Timbers last weekend, a hybrid coaster that is the park's first new coaster in eight years. Six Flags Fiesta Texas has high hopes for its single-rail Wonder Woman Golden Lasso coaster when it opens in a few days. Some of the parks a bit more up north will be kicking off their 2018 seasons in the weeks to come. 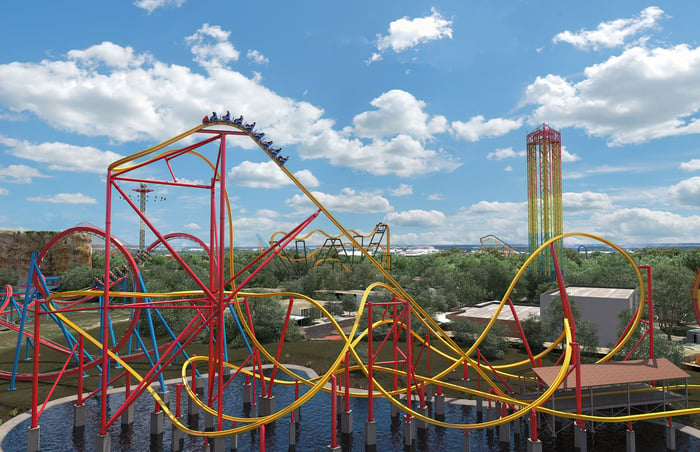 Cedar Fair and Six Flags grew their guest counts slightly last year, and they've been excelling lately in getting more people to buy season passes and getting folks to spend more once they are at the park.

Things can naturally change with a strong season, and unlike the major year-round theme parks that seem to be phoning it in until 2019, we're seeing Six Flags and Cedar Fair rolling out new pricey scream machines for their mostly local audiences this year. Wall Street isn't sold just yet. Analysts see Cedar Fair growing its revenue at a modest 5% clip, but it would be the chain's strongest top-line growth in three years.

Most analysts see a slight decline in profitability, but not Jeffrey Thomison at Hilliard Lyons. He put out an upbeat note after Cedar Fair checked in with mixed fourth-quarter results last month. He's encouraged by the increased on-site hotel capacity at Cedar Point following a new five-story addition at Hotel Breakers, effective capital spending, and incremental sales opportunities as we head into the telltale season. Given the easy comparison to last year, he's holding out for improving bottom-line results.

Six Flags is another one that analysts see snapping out of a lull after back-to-back years of sub-5% revenue growth. Wall Street sees a 7% uptick on its top line, as well as an increase in adjusted earnings.

Cedar Fair and Six Flags may seem more appealing to income investors than growth investors. Cedar Fair's yield of 5.5% and Six Flags at 5.2% do a pretty good job of sharing the wealth with their stakeholders. Cedar Fair is targeting 4% in annual increase to its distributions, keeping up with its long-term 4% revenue growth goal.

Both investments have failed to keep up with the market over the past year, but just like a slow lift up a coaster -- and Cedar Fair and Six Flags know a thing or two about that as the companies behind 2018's top roller coasters -- sometimes you go through a slow ascent before things start to get wild.