If you're a retiree, you're probably going to live into your 80s. Here are three dividend stocks to help make sure your income lasts as long as you do.

If you're retired or just close to it, making sure you have enough income today, as well as a nest egg to take care of your needs later in life, is a challenging balance. With interest rates still quite low, meaning minimal yields from bonds and other "safe" investments, you may be stretching your nest egg a little more than you expect.

And while it's imperative that you don't risk money you're going to count on in the next several years in investments that can quickly lose a lot of value and be very slow to -- if ever -- recover, high-quality dividend stocks can still serve an important part in providing the best mix of income for today and long-term capital appreciation for down the road. To help you find the best dividend stocks for your retirement, three Motley Fool investors did some research and came back with Hasbro, Inc. (HAS -2.96%), Southern Co. (SO -2.41%), and Kinder Morgan Inc. (KMI -1.60%). 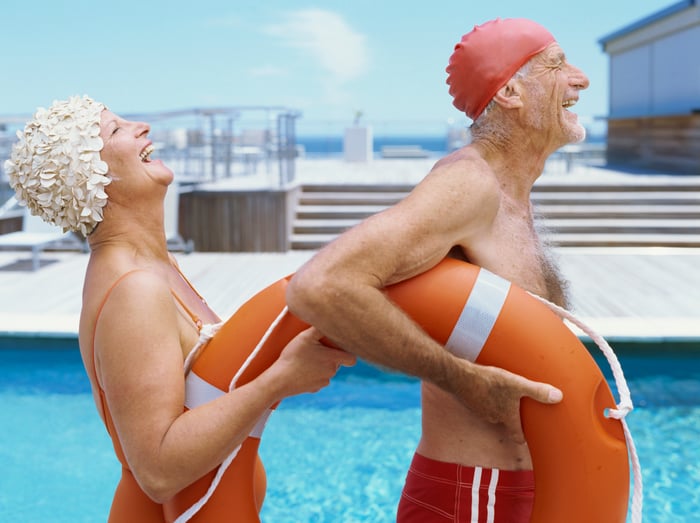 No toying around with your retirement

Jason Hall (Hasbro): At recent prices, shares of Hasbro are down 27% from the all-time high reached last year. And I think that has created a wonderful opportunity for retirees who are looking for both a reliable dividend payer and long-term growth. Considering that most people who make it to 65 will live into their 80s, investing some of your capital in stocks with above-average growth prospects could make a big difference in your nest egg -- and your quality of life -- in later years.

And I think right now, Hasbro is an excellent stock that fits that bill for retirees. It trades for a cheap 16 times 2018 earnings estimates, pays a solid 2.7% yield at recent prices, and has delivered dividend growth almost every year for a decade and a half. 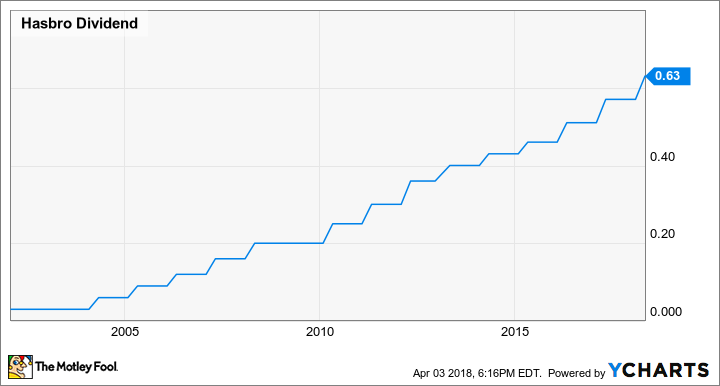 HAS dividend data by YCharts.

In the past five years alone, the payout has increased 58%, and dividend growth remains a priority for management, as the recently announced 11% hike demonstrates.

The one risk retirees should consider with Hasbro, as a toymaker, is that it will be more sensitive to the economic environment than, say, a utility. And while that could make its stock more volatile at times, its prospects for above-average earnings growth -- which should result in strong capital appreciation -- make it an ideal long-term, buy-and-hold stock for retirees looking to generate some growth for their later years.

A boring dividend stock with an exciting yield

Reuben Gregg Brewer (Southern Co.): Southern Co. is one of the largest utilities in the United States. It has made some material stumbles in recent years, including a failed attempt to build a clean-coal power plant and delays and cost overruns while constructing a new nuclear facility. These very public, and costly, missteps are part of the reason why the stock yields around 5.3% today, toward the high end of the utility peer group and its own recent historical trends.

Despite these setbacks, however, the company's dividend history remains unbroken. Southern has maintained or increased its dividend every year since 1948 -- that's around seven decades. There has been a boost each year for the past 17 years. The increases aren't huge, trending just a little above the historical rate of inflation growth, but that's enough to protect your buying power over time. 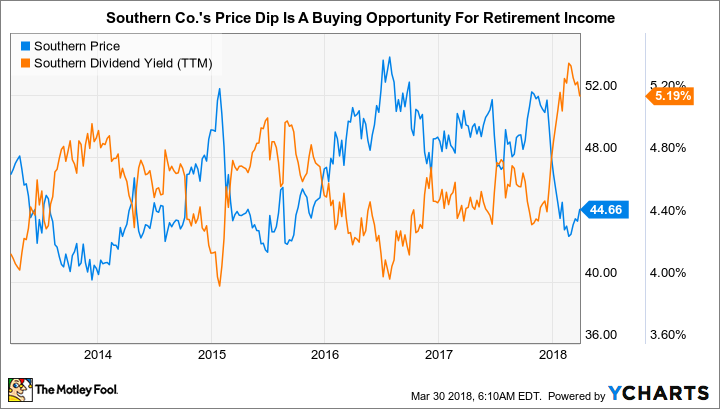 SO data by YCharts.

Those troublesome capital investments, meanwhile, haven't materially altered the company's earnings projections, which call for 4% to 6% growth through 2022. Dividends should continue to increase at a rate a little above inflation over that span.

This is a slow-and-steady dividend payer, a fact that's highlighted by its ultra-low beta of 0.1. That suggests it's roughly 90% less volatile than the broader market. If you are looking for retirement income, low-risk Southern Co. and its robust utility business should be on your shortlist today. That said, Southern's stock, which is currently almost 20% below its 2016 highs, recently found its way into my portfolio.

Today's price and a future 8% payout

Chuck Saletta (Kinder Morgan): Energy pipeline giant Kinder Morgan cut its dividend at the end of 2015, when Moody's got spooked by its balance sheet leverage and threatened to downgrade its debt rating. Despite that dividend cut, Kinder Morgan's operations remain strong and continue to generate over $4.5 billion in annual cash flows. 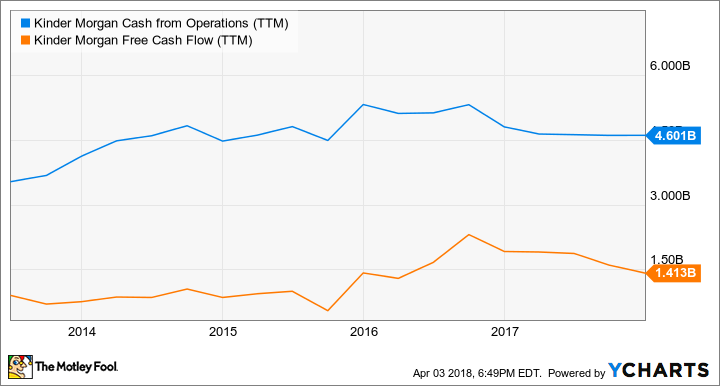 Because its dividend cut was driven by a balance sheet problem, rather than an operational one, Kinder Morgan was able to use the cash to shore up its balance sheet. So, for all of 2016 and 2017, that's exactly what it did. Between the end of 2015 and the end of 2017, it cut over $7 billion in long-term debt from its balance sheet through a combination of cash flows, asset sales, and an IPO of its Canadian assets.

With even Moody's satisfied that Kinder Morgan's balance sheet is healthier, the latter is now ready to resume rewarding its shareholders with increasing dividends. It has already announced plans to increase its annualized dividend to $0.80 per share in 2018, $1.00 in 2019, and $1.25 in 2020.

Importantly for retirees looking at its shares for its dividend potential, even at that higher rate, its anticipated dividend is still covered by its current operating cash flows. Additionally, at Kinder Morgan's recent price of $14.90 per share, that $1.25-per-share dividend expected in 2020 represents a better-than-8% yield on current cost. That gives you an incredible opportunity to snag that substantial anticipated payment today at what might very well be a bargain price.