FCA discontinued its mainstream sedans to build more SUVs and trucks. That's starting to look like a smart move.

Fiat Chrysler Automobiles' (FCAU) bold bet on SUVs might be starting to pay off: The Italian-American automaker said that its U.S. sales rose 14% -- reversing an 18-month streak of declines -- thanks to huge demand for Jeeps.

The high points have to start with FCA's powerhouse Jeep SUV brand, which had a tremendous month led by its all-new Wrangler and revamped Cherokee. 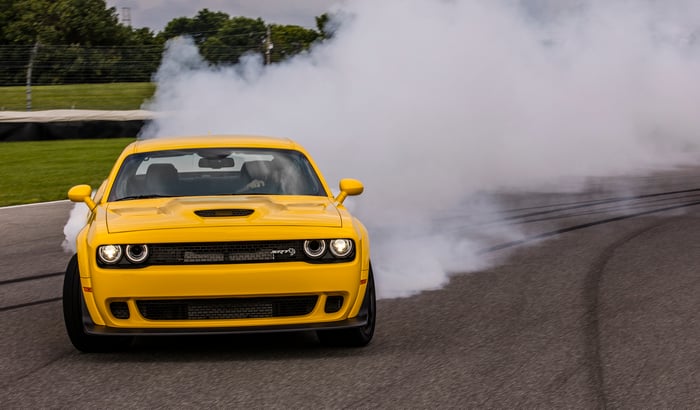 The upshot: Marchionne's plan is working, for now

CEO Sergio Marchionne was ahead of the industry in making a bold bet on SUV sales when he announced in early 2016 that the company would discontinue production of its two mass-market sedans, the Dodge Dart and Chrysler 200. Its only remaining car models are niche products with (in theory, at least) above-average profit potential: the little Fiat 500, the brawny Dodge Charger and Challenger, and the Charger's upscale Chrysler 300 sibling.

That plan is still unfolding, but now that Cherokee is up and running in the Dart's former home in Belvidere, Illinois, and all-new Ram 1500s are beginning to ship from the 200's former factory in Sterling Heights, Michigan, we're starting to see the results: big sales gains that should drive big profit gains as the year goes on.

FCA still appears to be well behind on the key technologies that most analysts expected to drive the future of autos. But it appears exceptionally well positioned in the market that exists in the here and now. Assuming that the U.S. market remains strong, FCA's strength in SUVs and trucks should drive outsized profit gains for at least the next couple of years, if not longer.

Below you'll find March sales totals for the six largest-selling automakers in the U.S. market. All but Nissan had sales gains to report.

Note that these totals include both retail and fleet sales.