Please ensure Javascript is enabled for purposes of website accessibility
Log In Help Join The Motley Fool
Free Article Join Over 1 Million Premium Members And Get More In-Depth Stock Guidance and Research
By Jamal Carnette, CFA – Updated May 23, 2018 at 2:20PM

Short-seller reports may be free, but could cost you dearly in the end.

It is often said you get what you pay for. I'd recommend investors remember this advice when dealing with free research reports written by short-selling firms.

There is nothing inherently wrong with shorting stocks or taking trading advice from a research firm, but it's important for investors to note there's often conflict when taking advice from a short-selling firm. 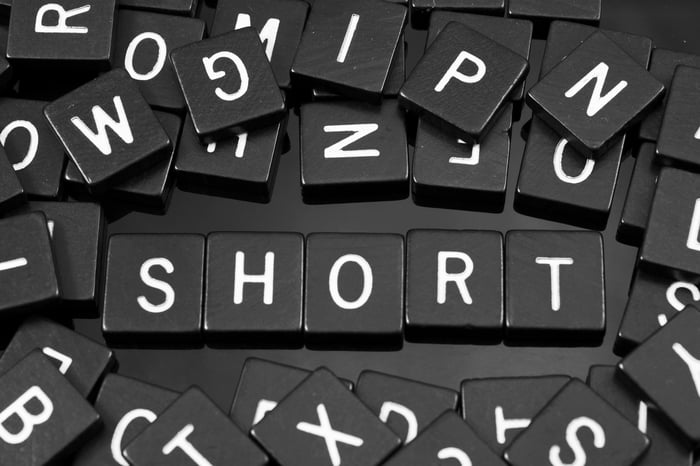 The highest profile shorting firm has been busy

Right now, the most influential short-selling firm is Citron Research and its boisterous founder Andrew Left. The firm became famous with a legendary short call on Valeant Pharmaceuticals with detailed examples of the company's fraudulent behavior.

More recently, Citron has published some notable misses, including short positions on Tesla, Shopify (SHOP 4.99%), and Ubiquiti Networks. In each case the stock sold-off in the immediate period following the research note but quickly regained its upward momentum, costing long-term short positions dearly.

Citron has been busy in March, reaffirming its short (or establishing a new short – we don't know because Citron doesn't disclose when it closes short positions and if those positions result in gains or losses) on Shopify and initiating a new short position on Twitter (TWTR 2.76%). The second move comes less than two months after establishing a bullish position on the social media company.

As before, both stocks endured a sell-off when Left announced Citron's shorts on CNBC, with Shopify falling 3% and Twitter falling as much as 12%.

Personally, I have two key concerns with free short reports and feel it's in a legal but ethically gray area. The first issue is front-running. This is when a trader becomes aware of a large order for a security, then trades their account before that order is executed to benefit at the customer's expense.

These short-sellers may not be in definite possession of information of future orders, but their "celebrity" status gives them market-moving power. If they initiate a short position, then blast research reports and speak on every financial outlet that will have them claiming there's fraud, unethical business practices, or what-have-you, the market will react and give them a chance to quickly close their short in the green. It's a self-fulfilling prophesy, regardless of whether the allegation is correct.

The second issue regards the thesis and allegations. In the event analysts are overplaying their bearish thesis or knowingly spreading false accusations to drive the stock price, that's information-based market manipulation. This is often hard to prove because analysts are afforded latitude to make their thesis.

But if a a note includes absolute terms like "total fraud" and "going to zero" that should give a reader pause. Those are serious claims and need to be firmly backed up with supporting evidence.

Unfortunately, with some of these free reports, the information isn't there -- it appears many firms' short catalysts are simply the announcement itself rather than true concerns about the company.

Sadly, it's likely regulatory organizations designed to protect investors are not going to intervene here. Instead, investors will need to self-police this behavior by understanding that often short-selling attacks are transient in nature and in many cases their theses do not stand up to scrutiny.

In the event you're going to follow a short-seller into a position, it's imperative to understand the nature of the short and understand whether the thesis is sound.

Additionally, beware of short-sellers that are not disclosing when they close their positions. It's possible many are buying to close from the downward pressure created from when you sell your long position or when you join them in this short. Your behavior could be the action that earns the short seller his or her reputation, all at your expense.

In short, just because something is free doesn't mean it won't cost you.

This Recent IPO Is Generating a lot of Buzz. Should You Buy?