Please ensure Javascript is enabled for purposes of website accessibility
Log In Help Join The Motley Fool
Free Article Join Over 1 Million Premium Members And Get More In-Depth Stock Guidance and Research
By Daniel B. Kline - Apr 9, 2018 at 7:45AM

The trend has become obvious, but it may not be what you think. 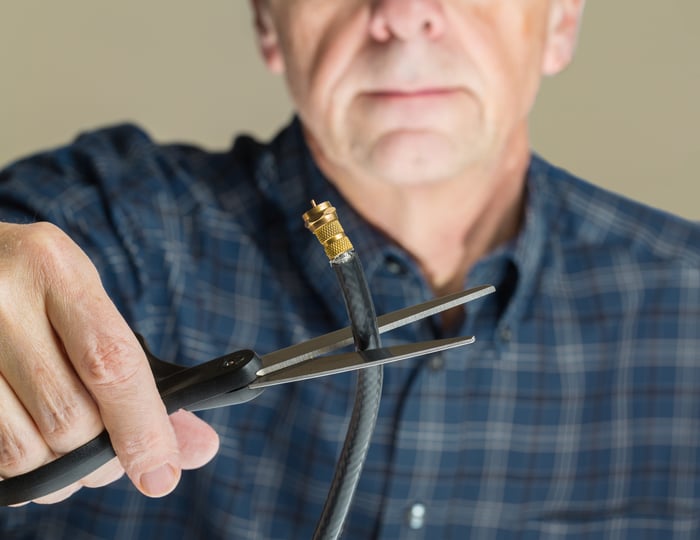 The biggest losers in the pay-television business are AT&T's (T 2.22%) DirecTV and Dish Network (DISH -1.77%), which lost 554,000 and 995,000 satellite subscribers, respectively, in 2017. Those companies, however, are also the biggest winners, as their streaming, internet-delivered cable products DirectTV Now and Sling TV added 888,000 and 711,000 subscribers, respectively.

Comcast (CMCSA 0.94%) and Charter (CHTR -1.71%) only lost 151,000 and 239,000 cable subscribers in 2017. Those are modest drops for the two biggest traditional cable companies, and they were more than offset by each company adding over 1 million broadband customers.