This company has so much drama, it's hard to keep up.

Years ago, Qualcomm (QCOM -1.62%) looked like an unstoppable force in the tech industry. The company's prolific high-end mobile processors and cellular baseband chips helped it solidify itself in a market where many component makers were getting burned by race-to-the-bottom prices.

And even when the company experienced a few hiccups along the way, it always had its vast -- and incredibly lucrative -- patent business to fall back on. Many of the 3G and 4G patents used by tech companies around the world are owned by Qualcomm, and for years that drove the company's revenue higher. 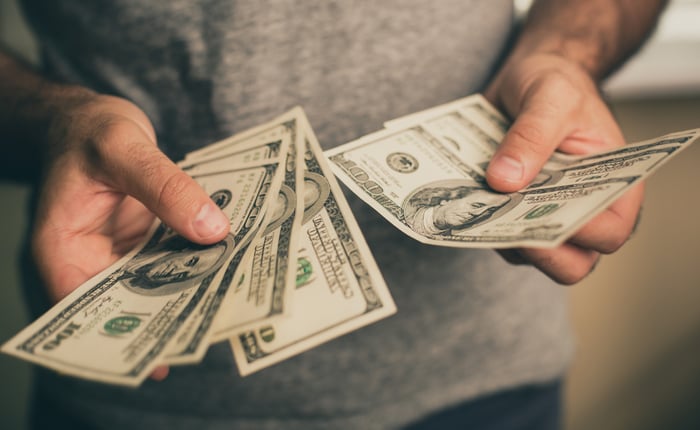 But fast-forward to today, and Qualcomm's business is looking a bit bruised. The company has been sued by some of its biggest customers, including Apple, on grounds that it was using its patents to charge exorbitant royalty fees for its patent licenses. The lawsuits have resulted in Qualcomm accepting lower royalties, or receiving none from some companies as the lawsuits play out, and in the first quarter of fiscal 2018 its licensing revenue fell 28% year over year.

You can see the impact of Qualcomm's diminishing licensing royalties in the company's overall sales over the past few years. 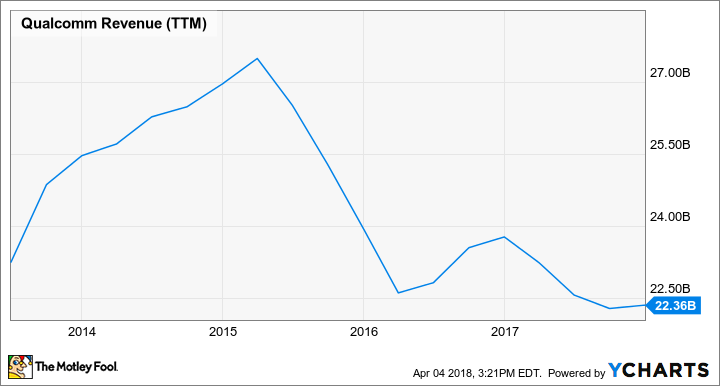 Some positive moves, but lots of uncertainty

Qualcomm is trying to right its ship by moving into new markets, like the Internet of Things. The company believes that its chips could play an important role in the expanding driverless car market, which will be worth an estimated $126.8 billion by 2027.

That's why Qualcomm is in the process of buying NXP Semiconductors. NXP is one of the leading providers of chips to the automotive industry, and a marriage of Qualcomm's chips with NXP's could help the tech giant expand its revenue possibilities even further -- and it appears that the company just needs China's approval now in order to move forward.

But despite Qualcomm's positive NXP news, the company was sent on a whirlwind the past few months as Broadcom (AVGO -1.36%) attempted a hostile takeover of the company. The U.S. government ended up shutting that down because it feared that Broadcom's ownership of Qualcomm might reduce Qualcomm's ability to secure 5G patents, which it believed might ultimately give China a leg up in that technology.

Investors were initially pleased about the possibility of the acquisition, but once it fell through the company's shares dropped. Unfortunately, Qualcomm's investors have had to weather a lot of share price volatility over the past few years. 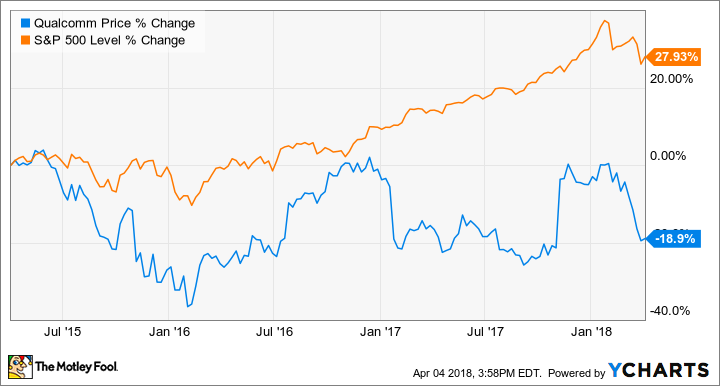 Why investors should be cautious

Some of Qualcomm's litigation woes are starting to get cleared up, but they aren't over yet. And while it looks like Qualcomm is safe from Broadcom's takeover, the advancement of other tech companies in 5G -- and Qualcomm's inability to charge such a high premium for its patent licensing in the future -- means that Qualcomm's tech dominance may be waning.

The biggest ding against the company is that its patent licensing business isn't what it used to be, and it could take a while before the company finds new revenue streams to pick up the slack. Add all of Qualcomm's recent drama into the mix, and I'm perfectly content sitting on the sidelines of this stock right now.