International Business Machines ( IBM 1.66% ) unveiled its latest mainframe system, the z14, in July of last year. Capable of processing 12 billion encrypted transactions per day, along with full-scale data encryption thanks to dedicated cryptographic hardware, the z14 is a security powerhouse.

All that processing power is housed in a system the size of a large refrigerator. That's fine for existing mainframe customers looking to upgrade, but it's a problem for any company using industry-standard server racks in their data centers.

IBM is aiming to fix this problem with two new mainframe systems, the z14 Model ZR1 and the LinuxONE Rockhopper II. Both systems come in a 19-inch single-frame design, so they can be placed into any cloud data center or private cloud environment with ease. These smaller mainframe systems, what IBM calls a "data center in a box," could help breathe new life into this decades-old technology. 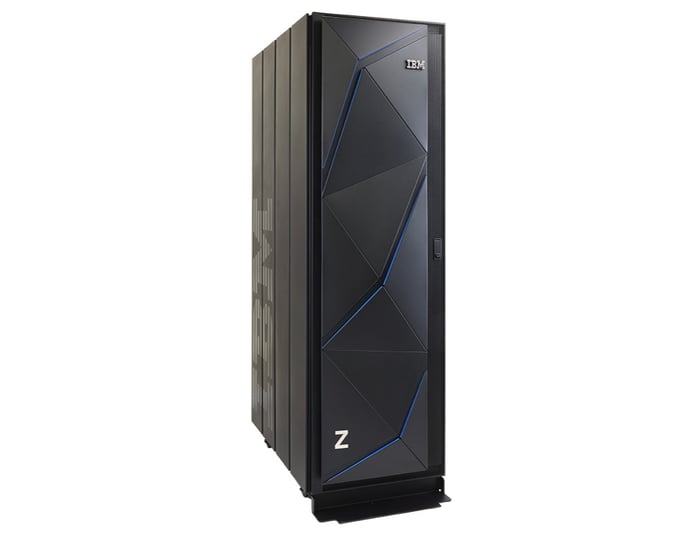 Mainframes for the cloud

These new systems, which take up 40% less floor space than the full-size z14, come with some compromises. The ZR1 supports up to 30 processor cores, far below the 170 cores supported by the z14. Both new systems can handle around 850 million fully encrypted transactions per day, a fraction of the z14's power.

But for companies that don't need the full power of a z14 mainframe, or that have previously balked at the high price or massive footprint of full mainframe systems, these smaller mainframes may be just what the doctor ordered. The industry-standard size solves the space problem, allowing for the systems to be slid into any standard data center. And the systems require no special space, cooling, or energy accommodations. There's also room for additional storage, networking, and other hardware in the same physical frame.

In addition to selling the systems to its customers, IBM will deploy these single-frame mainframes in its own public cloud data centers.

These smaller mainframe systems aren't the only initiative IBM is undertaking to get its hardware into cloud data centers. The company founded the OpenPOWER Foundation in 2013 as a way to build an ecosystem around its Power processors. Previously, the only way to get a Power-based system was by buying one directly from IBM. Now, third-parties can build Power-based systems, and even design custom Power chips.

The OpenPOWER Foundation now has 325 members contributing to the effort. Progress has been slow, but just last month a Google executive confirmed that the internet giant had deployed IBM's POWER9 chips in its data centers, with plans to scale up that deployment. POWER9 is designed for applications that can take advantage of its many threads and high bandwidth -- Google's search algorithm, for example. This was a significant step toward IBM's goal of winning a meaningful share of the hyperscale data-center market.

With the ZR1 and Rockhopper II, IBM has made the mainframe accessible to a wider range of potential customers. The focus on security and encryption should play well at a time when data breaches and hacks are becoming more common. The mainframe has been constantly evolving over the past 50 years; stuffing all that processing power into an industry-standard package is the next step in that evolution.