Please ensure Javascript is enabled for purposes of website accessibility
Log In Help Join The Motley Fool
Free Article Join Over 1 Million Premium Members And Get More In-Depth Stock Guidance and Research
By Maxx Chatsko – Apr 19, 2018 at 9:08AM

The 3D-printing leader has struggled to cash in on the promise of its technology platform. Will that change in 2018?

Not that long ago, Wall Street was consumed with everything and anything 3D printing. Leading companies in the additive manufacturing space saw their share prices soar. From the beginning of 2012 to the end of 2013, Stratasys (SSYS 1.30%) stock could do no wrong, gaining an incredible 343% in that span. It didn't last.

Then again, considering the company has posted an operating loss in each of the last five years and reported declining revenue in four consecutive years, the $6 billion market valuation couldn't last.

The situation doesn't appear likely to change dramatically this year, although the company's 2018 guidance calls for slight revenue growth and the potential to report its smallest net loss since 2012. Couple that with several exciting developments spanning metal 3D printing and sales of a key industrial printer, and Stratasys thinks it could provide a foundation to build upon in the next several years. Does that make it time for long-term investors to buy the additive manufacturing stock? 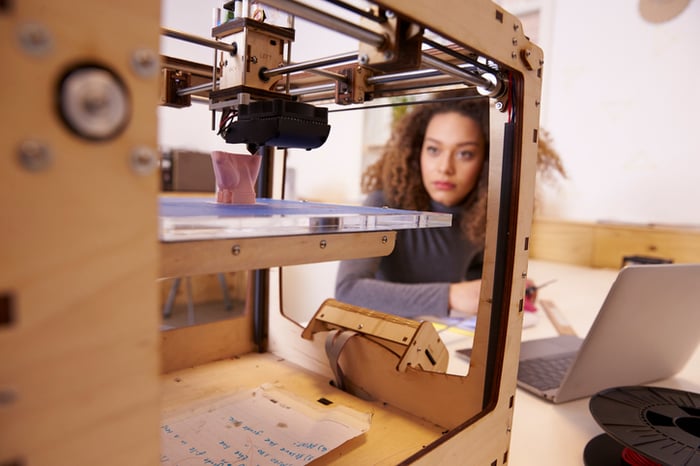 To be fair, investors' unadulterated excitement for 3D-printing stocks a few years ago was easy to understand at the time. Stratasys grew revenue from just $118 million in 2010 to $215 million in 2012 -- and did so while remaining profitable. Revenue soared to $484 million the following year and to an all-time high of $750 million in 2014. But as net losses piled up, investors exited the stock in droves.

The business has struggled to grow beyond 2014 levels, although it has managed to significantly reduce corporate overhead to shrink operating losses since then. That said, Stratasys has not done much to impress investors recently, as the year-over-year comparison of full-year 2017 results demonstrates.

Stratasys provided relatively stagnant 2018 earnings guidance, although the business is headed in the right direction, however slowly. Management gave the following expected ranges for the year ahead:

At the very least, the business is stable. Can recent announcements and product launches change the longer-term trajectory beyond 2018? After all, Stratasys has made headway with dental products and prosthetics, announced plans to launch a metal 3D-printing platform, and sold its first two H2000 large-format 3D-printing systems (likely to Boeing and Ford) in the second half of last year.

While some may be encouraged by those announcements, the company's habit of issuing an avalanche of press releases every month -- Stratasys has issued 22 press releases in 2018 -- makes it difficult to predict a significant impact from any single development. That's especially true when comparing the hype in press releases to financial performance. Simply put, the return-on-press-release ratio is very low for this additive manufacturing leader.

The company could be well served in the long term by jumping into the metal 3D-printing market, currently the fastest-growing subset of the field, but the competition is fierce. 3D Systems and ExOne both offer products in metals, while highly rated start-up Desktop Metal -- which owns the highest valuation among additive manufacturing companies -- appears light-years ahead of everyone else. General Electric is even throwing its weight around the industry, including making a significant equity investment in Desktop Metal. That shows investors shouldn't get too carried away with the opportunity just yet.

If it's any consolation, Stratasys boasts an enviable cash position, which totaled $328 million at the end of 2017. That should ease any concerns that continued losses will require drastic financial measures, or that the company couldn't pounce on strategic growth opportunities if they arise. By comparison, competitor 3D Systems had just $136 million to start off 2018, despite reporting similar revenue and operating losses as its peer. 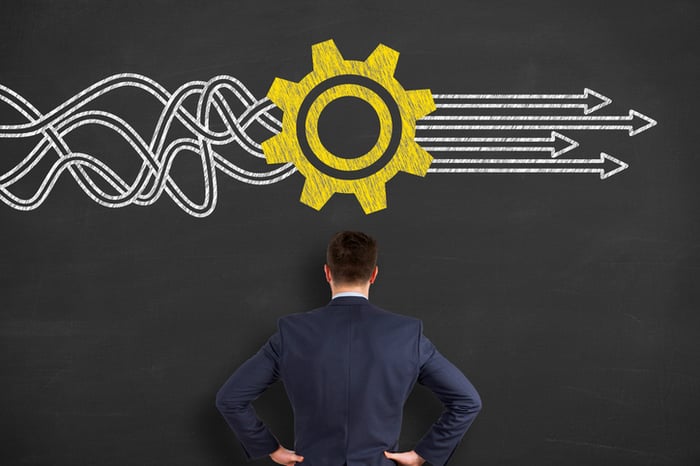 Does this 3D-printing stock belong in your portfolio?

Stratasys has been a downright awful investment recently, shedding 17% of its value in the last two years, and has done little to demonstrate that it's capable of creating value for shareholders over the long haul.

Then again, that's not exactly a deficiency unique to this additive manufacturing company. The entire 3D-printing industry has stagnated in recent years after erupting onto the scene at the beginning of the decade. While there are growth opportunities on the horizon (such as metal 3D printing), investors would be better off waiting for a market to develop and traction to be demonstrated before considering it as a no-brainer investment.

Long story short, Stratasys is making progress to deliver consistent profits and could be a great candidate for an epic turnaround. I just think investors should wait for the business to prove it's capable of generating consistent profits -- and maybe even growth -- before pulling the trigger here.