So far in 2018, share prices for heating, ventilation and air conditioning company Ingersoll-Rand, hand tool and fastening systems manufacturer Stanley Black & Decker and roofing and building materials distributor Beacon Roofing Supply have dipped. However, all three still have prospects for double-digit percentage earnings growth over the next few years. Moreover, each is a highly cash-generative business with management teams enacting self-help initiatives that should improve their respective long-term earnings. Let's took a look at why it could be a good move to invest in each of them today. 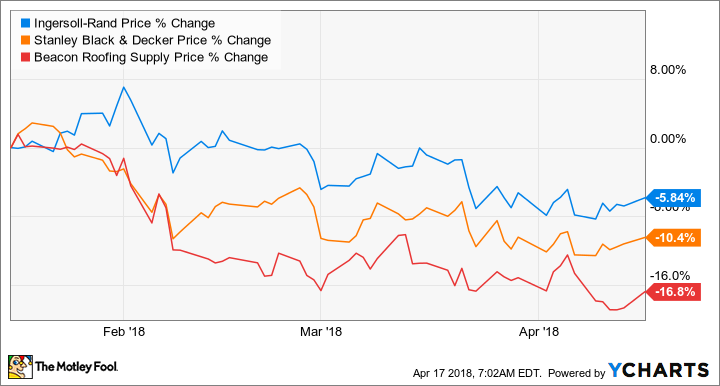 As you can see from the chart above, the three stocks are all in negative territory in the last three months, and my best guess as to why is that the market may be worried about rising interest rates cooling the housing market and construction activity. Moreover, rising commodity costs can put pressure on margins at companies like Stanley Black & Decker and Ingersoll-Rand. Goldman Sachs recently turned negative on some stocks in the construction sector, largely based on its view that we're near the midpoint of the upward arc of this construction cycle.

That said, the reality is that interest rates are rising because economic activity is strong -- the housing and construction indicators remain positive  -- and stronger end-user demand should allow companies to pass on higher raw-material costs to their customers. For example, Ingersoll-Rand CEO Mike Lamach is expecting operating margin expansion in 2018 driven by pricing increases.

Similarly, the pricing environment is improving at Beacon Roofing. The company reported customer pricing turning positive in a "significant shift from recent trends" in its most recent quarter.

All three companies are set to grow

As you can see below, according to analyst estimates, all three companies look set for strong growth in the coming years.

However, it's not enough to have a set of good-looking numbers in front of you before you make an investment -- you also need to believe in the numbers. The good news is that all of these companies have self-help initiatives under way that will help them hit those ambitious forecasts. In other words, their earnings prospects are not just about end-user demand. Let's take a closer look.

The HVAC specialist has been on a long march toward expanding its operating margin at Trane to the levels achieved by its peers. And management expects to continue to expand those margins. For example, the company's total adjusted operating income margin was 12.2% in 2017, but management expects to increase that to the 14.5% to 15% range in 2020.

Meanwhile, operational improvements have led to significant improvements in free cash flow (FCF) generation in recent years, and given that management expects double-digit-percentage growth in earnings for the next few years -- along with FCF conversion equal to or greater than 100% of net income -- you can be sure that Ingersoll-Rand is set for strong FCF generation in the coming years. 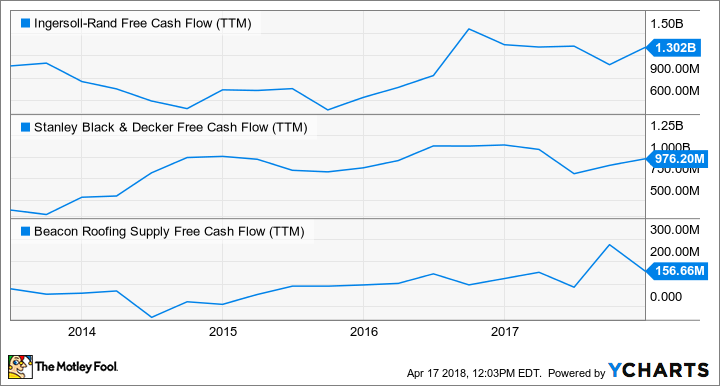 There are two key factors that underlay the story of Beacon Roofing Supply's earnings prospects.

First, the $2.6 billion acquisition of Allied Building Products (a roofing, ceiling and wallboard building products distributor) will add revenue and earnings growth through synergies. Management expects the combined company will generate $7 billion in revenue, compared the $4.4 billion Beacon took in during its fiscal 2017.

Beacon expects to generate $110 million in run-rate synergies by the second year following the deal closing (around 4.2% of Allied's current net sales) and the acquisition will help consolidate a fragmented industry while adding Allied's interior products to Beacon's traditional strength in roofing. The two product lines are essentially distributed to the same projects, so the opportunity for generating cost synergies from delivering to the same sites with the same specialized equipment  is obvious. Moreover, Beacon might become more price competitive to roofing and interior contractors on a project because of the cost savings generated by delivering both products through the same network.

Second, around 80% of roofing demand derives from reroofing and repair, so even if there's a slowdown in new construction (which only contributed 22.5% of total demand even at the height of the last housing bubble), Beacon can still grow sales. In other words, when seen in context, fears over the impact of a possibly slowing housing market are overblown. 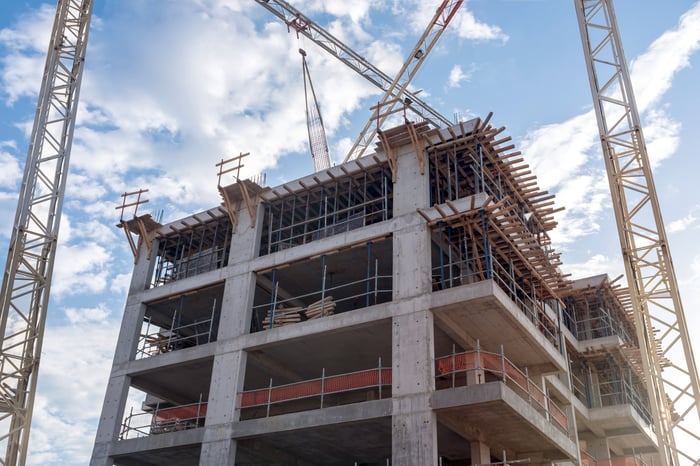 This company's transformation over the last few years has been one of the under-the-radar success stories in the U.S. industrial sector. Back in 2015, management outlined its potential to open new industry verticals and expand in emerging markets. In addition, the company had an opportunity to improve operating margin while increasing FCF generation through operational improvements such as reducing its working capital requirements. As you can see below, progress on all fronts has been impressive. 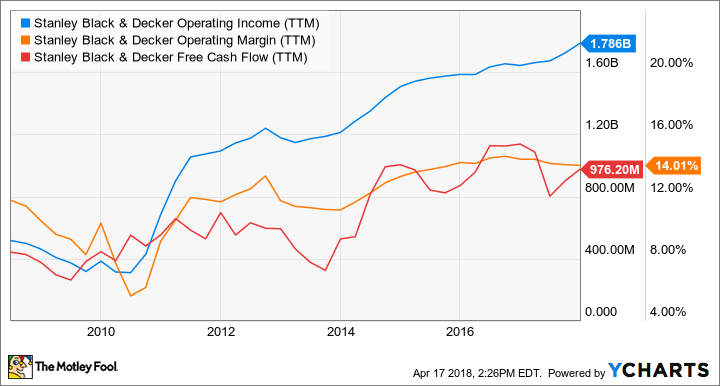 Moreover, it isn't just a case of favorable housing & construction markets improving matters for the company. As you can see below, FCF generation has significantly improved compared to its peer group since end-markets tuned positive in 2013. 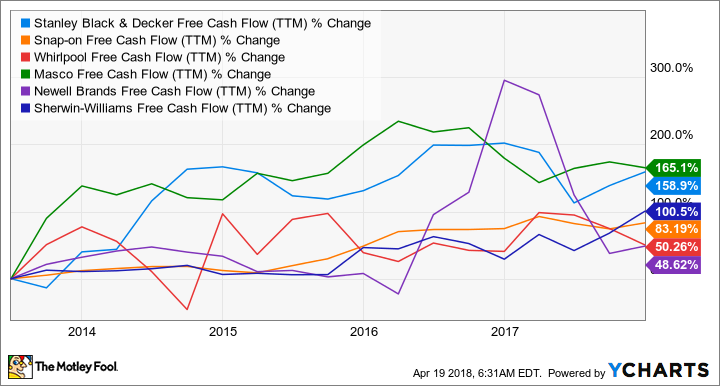 All told, unless you believe the housing and construction markets are set to turn downward, then all three stocks are attractive today. Even if they experience only moderate growth in their end markets, all three have good prospects for double-digit earnings growth, and the recent weakness in their stock prices has created a good entry point for long-term investors.