The subscription software company is having no trouble adding new customers. 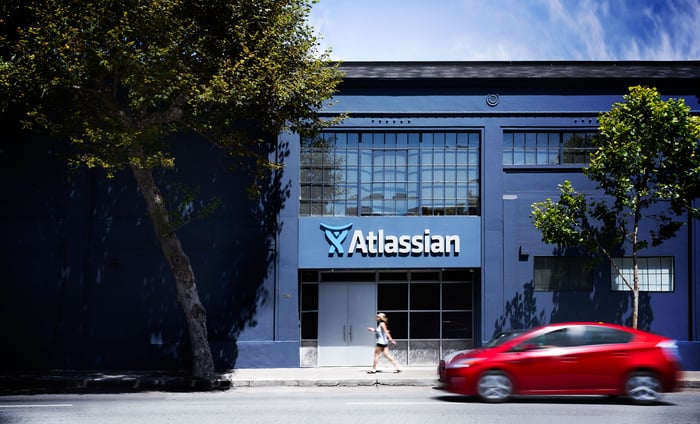 Atlassian provided the following guidance for the fourth quarter and for fiscal year 2018:

As we've said a number of times now, our focus to date has been just allowing to continue its impressive momentum and user growth. These user base continues to grow quickly as Trello spreads around the world. So with regard to monetization, we certainly aren't rushing into cross-selling into our existing base. We're looking to do what makes most sense for the businesses.

As of September 2017, Trello had 25 million registered members. The company expects it to generate about $20 million of revenue in fiscal year 2018.

CFO James Beer commented on why the company's fourth-quarter earnings guidance was below analyst expectations:

Well, in terms of the current year, I'd say a couple of things. We did identify some additional opportunities to spend against our various product investment areas. Second thing I'd mention is that, we're particularly pleased with the pace with which we're attracting top talent to both our Bengaluru office across multiple functions and the Mountain View office as well.

One notable thing about Atlassian is that its sales and marketing spending isn't all that high for a company that sells subscription software. Through the first nine months of fiscal year 2018, about 22% of revenue went toward sales and marketing. That compares to 46% for SaaS giant Salesforce.com in its fiscal year 2018. Atlassian commented in its quarterly letter to shareholders that "word-of-mouth referrals continue to drive more new business for us than any ad campaign or brand initiative." The numbers back that up.

Atlassian still isn't profitable on an IFRS basis, mostly because of heavy R&D spending. But it's clear that the company's products are resonating with its customers, and winning new customers isn't nearly as expensive compared to other SaaS vendors. As Atlassian gets bigger, the bottom line will eventually have its day in the sun.