Let no good deed go unpunished. That seems to be the thinking around fitness tracker manufacturer Fitbit (NYSE:FIT), which finally released the smartwatch everyone thought it should, while expanding its business to include new potential income streams.

The new Versa smartwatch may not be an Apple (NASDAQ:AAPL) Watch killer, but it could give consumers enough pause to think before shelling out the big bucks for its rival's product. And although Fitbit's entry into the healthcare market through its acquisition of Twine Health is a long-term play, if hospitals or clinics end up running the Twine software platform or integrate its technology with other vendors in the industry, it could be a winning move if it could open up the company to markets that dwarf its device business.

Still it's clear that not everyone is impressed with the company's latest turnaround efforts.

Morgan Stanley wrote a note  to its clients saying investors should sell the stock because any sales Fitbit makes of its new smartwatch will be offset by declines in legacy devices and the move toward software, such as its Twine acquisition, will take a long time to pay off. In the meantime, Morgan Stanley analyst Yuuji Anderson says, "We see more downside to the stock as revenues struggle to stabilize and cash burn resumes." 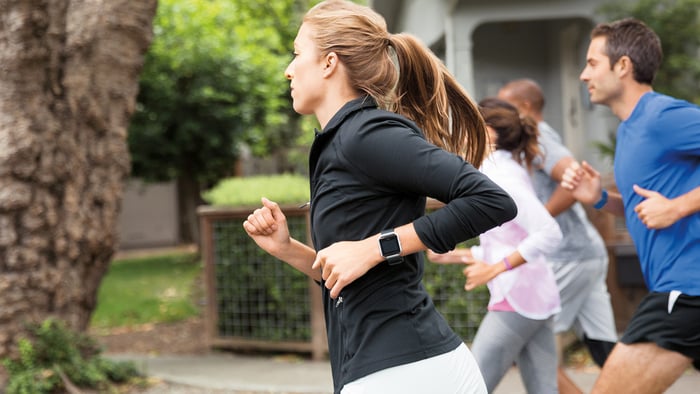 Not that there isn't some sense to the bear argument. Because Fitbit waited so long to get into the smartwatch business -- and then issued a flawed model when it did -- it ceded a lot of ground to Apple, whose various Apple Watch iterations do everything a Fitbit does and more. The company also gave away the low end of the market to Xiaomi (which probably wasn't a bad move from a profitability standpoint), and now is left to fight for share in the middle ground with the likes of Garmin (NASDAQ:GRMN) and Fossil.

Fitbit's healthcare foray is certainly one that requires a relatively long time horizon to see it through to fruition with no guarantee of success.

Credit where it's due

But these developments should be seen as signs of life for Fitbit. While investors should still probably wait and see how the Versa smartwatch is accepted by the public before diving in, initial positive reviews of the device suggest its functionality and affordability ought to make it a popular choice. 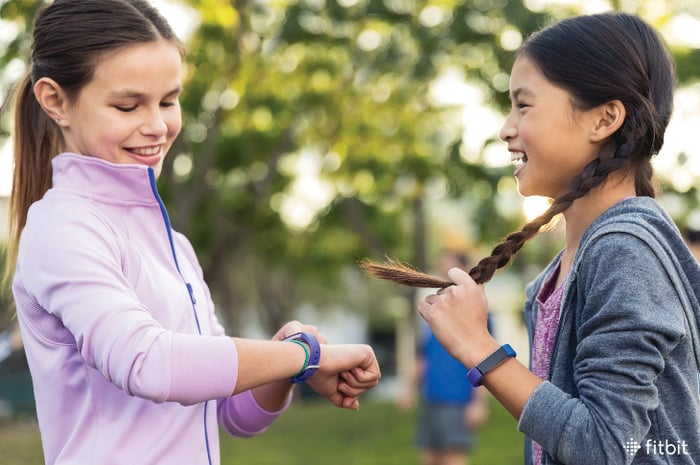 The Versa also provides a platform from which Fitbit can continue to improve. To keep costs down, it eliminated features like GPS that came on the Ionic, but might be something it adds back in for future iterations. Also, Fitbit's decision to create a device focused solely on kids -- the Ace, which is a revamped Alta HR that is one of the few kid trackers compliant with the Child Online Privacy Protection Act (COPPA) -- thrusts it into a leadership position in a space that market analysts see huge growth opportunities.

Fitbit sold some 15.3 million devices in 2017, significantly below the 22.3 million it sold in 2016, but that had already been baked into the device maker's stock price. We know the reasons for the drop, and we've seen how Fitbit has responded to the challenge. It seems like the company has made some smart decisions, though maybe not as many or as timely as it should have.

Morgan Stanley's update to investors was notable because analysts are typically loath to put an actual "sell" rating on all but the absolute worst stocks, and the move accounted for the near 10% drop that Fitbit's stock suffered afterward. Yet Fitbit shares have rallied since then, erasing all the losses they suffered, likely because the market realizes the device maker really does still have inherent value.

That's not to say Fitbit doesn't face its share of hurdles. Apple is also focusing on the healthcare industry, which could present a big challenge to Fitbit, and legacy Apple devices could compete in the kids' market as hand-me-downs.

Having fallen this far out of favor, Fitbit may have found a floor. Investors should wait to see how newer devices like the Versa and Ace sell, but any indications of their success or the company finding footing in the healthcare market might be enough to prove the analysts wrong.