Video chip maker Ambarella's (NASDAQ:AMBA) claim to fame was making crucial hardware for action camera company GoPro. That main business has been in decline, though, leaving Ambarella shareholders with a stock that has been stuck in a rut the last few years. However, a new technology -- computer vision -- has management optimistic that a new revenue source is in the works.

What is computer vision?

In simple terms, computer vision attempts to give an electronic system "sight" that mimics how the human eye and brain interact. The idea is to get computers to capture objects and judge distances with video cameras and then make decisions on what is "seen" using artificial intelligence. 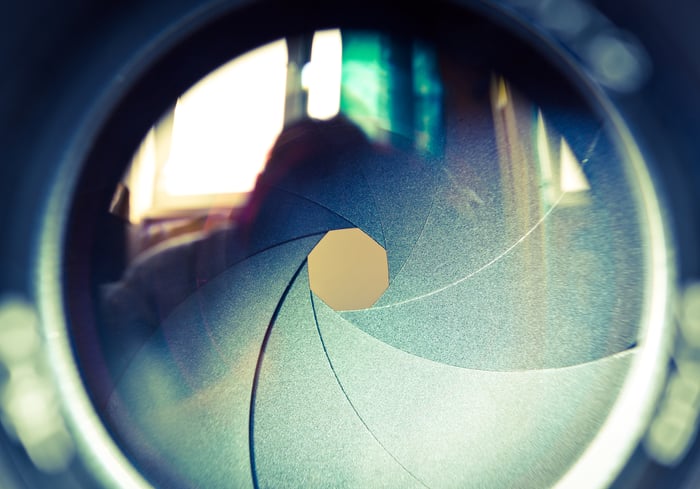 Imitating the process of how the eye and brain work is still in early stages of development, but it is already being put to effective use in a variety of industries. The biggest is the auto industry with new safety features and the big push for autonomous vehicles. There's also security cameras, which can apply computer vision for things like facial recognition. Even big retailers have put the technology to work to help with inventory and product stocking.

Ambarella is among a handful of companies working on computer vision, providing chips that combine cameras, image processing, and high-definition encoding in a single package. The company has put together a self-driving car, autonomous drones, and intelligent security cameras that use the chip sets and is testing them with various clients. That all sounds exciting, but there's more to the story here.

Why Ambarella is a risky venture

The video chip company's revenue declined 5% last year and is expected to fall another 10% to 15% in the first quarter of 2018. That's because the action camera industry, once Ambarella's bread-and-butter, is in a disappearing act. The good news, though, is that GoPro now makes up less than 20% of total sales as of the last report.

The bad news, however, is that non-GoPro revenue is also expected to fall in the next quarter by 12%. Drones are to blame for that; the segment was a key area of growth last year but the market is slowing down, especially in China.

That leaves security cameras and autos as the only bright spots to kick off the new fiscal year. Video recorders on autos and consumer security products have been leading the way. Computer vision technology is thus a way for Ambarella to build on its strongest markets right now. Management is optimistic, saying it entertained over 40 manufacturers at the Consumer Electronic Show as it demonstrated its new computer vision chips for cars, drones, and security. Many of them are taking the new hardware for a spin.

It's a risky venture for investors, though. A lot is riding on a new sales outlet panning out. Another indication of this was the company's research and development expenses in 2017, rising 14% during the year in spite of the 5% revenue decline. Even if sales recover a bit, that elevated spending is pressuring the bottom line.

Barring a surprise rebound in consumer action cameras or drones, the best that can be hoped for is computer vision to grow enough to stop the bleeding. The long-term potential is there as the tech could eventually find its way into many other industries as it rides the artificial intelligence boom, but Ambarella owners may have to be patient. Maybe a surprise is in store, but I am not expecting a big jump in share price because of computer vision anytime soon.