Shares of Intrepid Potash (IPI -1.15%) stock are soaring, up 20.7% as of 1:20 p.m. EDT after the company reported earnings Tuesday -- but probably not because of earnings per se. 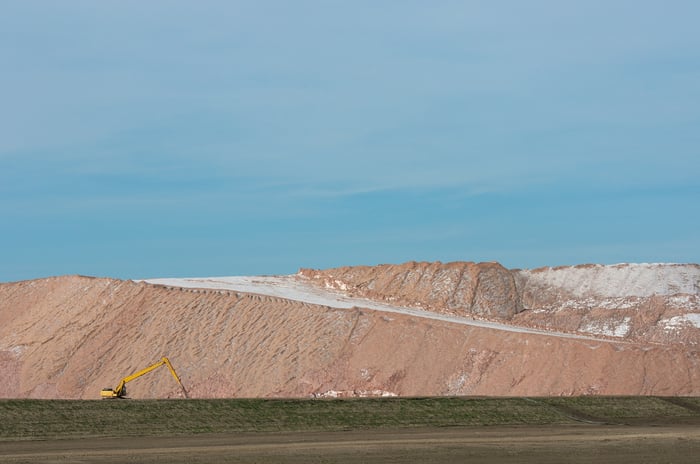 Why are sales the bigger story here? Simply because of this: Wall Street analysts had been telling investors to expect Intrepid Potash to report only about $36.5 million in sales for the first quarter of 2018, a decline from last year's $48.6 million in reported sales. As it turned out, though, Intrepid reported $53.2 million in sales, a 9% increase over Q1 2017. Thus, while Intrepid Potash may have missed on profits, it beat on sales -- by a bunch.

What's more, even the profits story wasn't as bad as it seems. While Intrepid clearly "missed" on profits, it still did at least earn a positive profit for Q1 2018, which was better than the $0.17 per-share loss it reported in the year-ago quarter.

Whether Intrepid can remain positive on profits in the second quarter and beyond remains to be seen. Management did not give investors any guidance on this score in its report. Still, analysts who follow the stock are predicting Intrepid Potash will earn $0.03 in Q2 and remain in positive territory throughout the year, ending with $0.11 per share in profits on sales only slightly below what the company had last year.

When you combine that expectation with the very real possibility that Intrepid will now also be able to grow sales (thanks to Q1's astoundingly good sales number) for the year, you can understand why investors are so very enthusiastic about Intrepid Potash stock today.