These stocks missed the day's rally. Find out why.

The stock market climbed sharply on Thursday, responding well to favorable earnings results from several corners of the market. Major benchmarks were up 1% to 2%, with particularly good performance from the Nasdaq Composite thanks to the tech sector's outperformance during the day. Yet some stocks suffered from bad news that cast doubt on companies' ability to benefit from generally favorable business conditions. MGM Resorts International (MGM -0.20%), Arch Coal (ARCH -3.19%), and LendingTree (TREE -2.59%) were among the worst performers on the day. Here's why they did so poorly.

Shares of MGM Resorts International lost almost 9% after the company reported its first-quarter financial results. The casino giant said that net revenue was down 1% compared to year-earlier levels, with revenue per available room falling 4.3% at its key Las Vegas Strip properties. Casino revenue was up just 2%, and CEO Jim Murren pointed to the likelihood of continued weakness at Mandalay Bay in the wake of the tragic events that happened there last autumn. Disruptions at Monte Carlo and the cancellation of a major boxing event will also weigh on future results. Even with solid performance from its stake in MGM China, investors aren't certain that the casino resort operator's business strategy will yield the results they want to see in the long term. 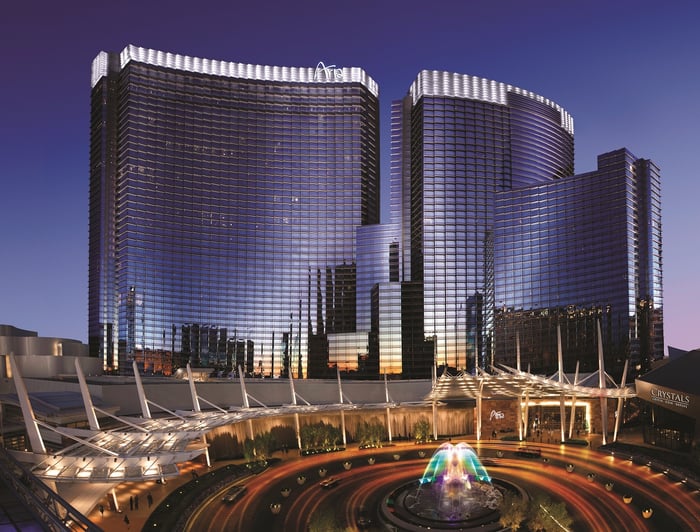 Arch Coal stock plunged 14.5% in the wake of the company's first-quarter report. The coal producer said that net income was higher by nearly a sixth from year-ago levels, but adjusted pre-tax operating earnings dropped by double-digit percentages, and overall revenue was down 4% compared to the first quarter of 2017. Arch took advantage of higher prices for coking coal to improve its performance in the metallurgical segment, but thermal coal margin levels came under pressure as pricing remained weak amid rising costs. The coal company has high hopes for the rest of the year, but shareholders aren't convinced whether serving the steel market will be enough to sustain Arch's business indefinitely into the future.

LendingTree gets cut down

Finally, shares of LendingTree dropped 15%. At first glance, the lender's first-quarter numbers looked reasonably good, including a 37% jump in consolidated revenue and adjusted net income per share that rose by nearly 30% from year-earlier levels. Growth in mortgages, credit cards, personal loans, and home equity all contributed to top-line success for LendingTree. However, investors didn't seem to like LendingTree's guidance for the remainder of the year, which includes revenue projections of $770 million to $790 million and adjusted pre-tax operating profit of between $145 million and $150 million. The drop shows just how much growth is baked into shareholder expectations for the lender and its resulting sensitivity to even the slightest hint of decelerating gains.