Snap doesn't seem as confident in its redesigned app as it was when it first came out in February.

When Snap (SNAP -1.85%) rolled out its redesigned Snapchat out on Feb. 6, it was immediately met with criticism from the general public and celebrities alike. The company initially fought back, saying the changes were here to stay and would be positive for long-term growth.

But as the company prepares to report its earnings this week, it has suddenly decided to backtrack. This has investors worried that Snap has bad news to deliver from the past quarter. Here are four things to look for when the company issues its latest results: 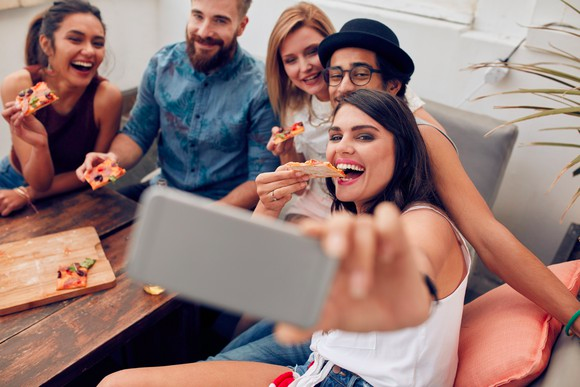 For the past two earnings calls, CEO Evan Spiegel has assured investors that the redesign would help Snap's long-term growth by simplifying its design, thus making it easier for people to use -- especially for users in older demographics.

When over 1.2 million people signed a petition on Change.org asking Snap to reverse its redesign, Snap responded with a letter explaining that users would get accustomed to the changes and hopefully realize that they were indeed better.

But about two and a half months after its wide release, the redesign is evidently not helping its growth, since Snap has reversed the biggest change that came with it. That had to do with splitting content from friends from the content shared by publishers and celebrities. Users complained that it was harder to find Stories from people. Now, Snap is recombining them.

2. Snap's user growth after the redesign

On the day it rolled out the broader release of its redesigned app, Snap simultaneously surprised investors with a fairly decent fourth-quarter report. The company hit 187 million daily active users (DAUs), topping the 184.2 million expected. Snap attributed the user growth partly to an Android Snapchat app that made for a better user experience.

This quarter is especially important in terms of user growth because it's the first quarter that will shed light on how the redesign has affected DAUs. Members of the general public weren't the only ones unhappy with the redesign. Certain publishers saw their overall traffic get cut in half after the update, according to Select All, the tech site of New York magazine.

If publishers on Snapchat aren't happy, then investors definitely won't be happy. Snap relies on publisher content as prime space to run ads, as well as a way to maximize the amount of time users spend on the app. Last year, publishers made over $100 million through the Discover page, up from $58 million in the previous year, according to Snap's fourth-quarter report.

If this report shows signs that both users and publishers are dropping off Snapchat, it won't bode well for shares of the social media company. 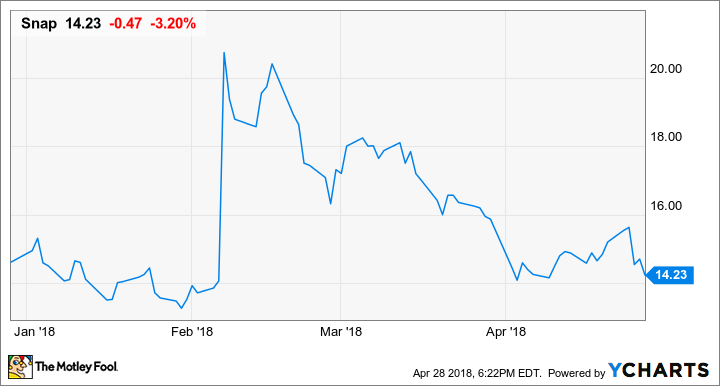 This was partly due to the success of its auction-based advertising system called "programmatic" that gives ad spots to the highest bidder. On the earnings call, Spiegel said ad impressions were up more than four times year over year and that ad revenue grew 38% from the third quarter.

Investors will be interested to see whether the redesign or a potential drop in traffic on publishers' posts has affected ad revenue. If so, then Snap will need to reassure investors that recombining friends' posts with publishers' posts will get things back on track.

Last and probably least, investors will at the minimum be curious about Snap continuing to push its pet project and sole hardware offering, Snapchat Spectacles.

On April 26, Snap announced an updated version of its video-recording glasses known as Spectacles 2.0 that would cost $149.99. This model will be smaller and water resistant and is said to have better audio and video quality. Spectacles 2.0 will also be able to take still pictures as opposed to just video.

The first Spectacles, which launched in late 2016, were originally only available in vending machines in certain cities as a way to drum up demand for the devices. While they caused much excitement at first, they ended up causing Snap to take a nearly $40 million loss. This time around, Spectacles 2.0 were immediately available on Snap's website.

Spiegel has commented that hardware is a fun experiment for the company. Perhaps Snap learned a number of lessons from its first hardware launch that should help it be more successful with Spectacles 2.0.