Please ensure Javascript is enabled for purposes of website accessibility
Log In Help Join The Motley Fool
Free Article Join Over 1 Million Premium Members And Get More In-Depth Stock Guidance and Research
By Dan Caplinger - May 3, 2018 at 3:31PM

Find out which of these stocks had an earnings surprise.

Thursday was a topsy-turvy day on Wall Street, with major benchmarks rallying back from sharp losses early in the session to finish with only minimal moves. The extent of the initial plunge raised new fears that some investors who tend to track past price movements of stock indexes would conclude that the nine-year-old bull market has run its course, making the recovery later in the day somewhat important from that perspective. Amid the volatility, several individual companies had bad news that sent their shares lower. American International Group (AIG 1.74%), NXP Semiconductors (NXPI -1.31%), and Cardinal Health (CAH 1.59%) were among the worst performers on the day. Here's why they did so poorly.

Shares of American International Group dropped 5% after the insurance giant reported its first-quarter financial results. A host of natural disasters -- including major winter storms throughout much of the country and high-cost mudslides in California -- contributed to poor earnings performance for the insurer, as adjusted after-tax income fell almost 30% to drop below the $1 billion mark. AIG also pointed to earthquakes in the Southeast Asian island nation of Papua New Guinea. Going forward, the ability to charge higher premiums in the future could make up for the short-term pain, but some AIG investors simply aren't sure that the insurer's overall strategy has it poised for long-term success. 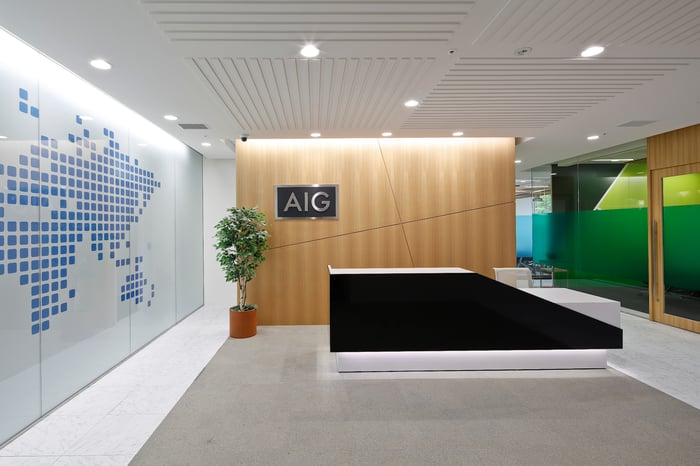 NXP Semiconductors stock fell 10% in the wake of the company's first-quarter financial report. Weak sales growth of just 3% weighed on the company, and GAAP earnings fell more than 95% from year-ago levels. Yet perhaps the biggest problem that investors had with the release came from something that they didn't see discussed fully: Namely, the intricacies of what's going on with NXP's pending merger with Qualcomm. As Qualcomm itself has been fending off a hostile bid, investors want to understand whether the deal will go through, and regardless of brief assurances from the NXP CEO that he thinks the merger will get done eventually, today's drop shows a lack of faith among shareholders.

Finally, shares of Cardinal Health plunged more than 21%. The healthcare services and products company reported fiscal third-quarter results that came as a shock to some investors, and Cardinal specifically called out its Cordis medical device business as problematic. CEO Mike Kaufmann referred to "operational and supply chain issues at Cordis" as needing aggressive action to fix, following write-offs of products due to inventory and expiration-date challenges. Weak pricing in its generic drug business also hurt Cardinal's results. Fears about generic pricing power have been around for months, but Cardinal's decision to cut full-year earnings guidance made that problem much more concrete for investors to understand.

The Shocking Truth About the Anonymity of Your Personal Information