Please ensure Javascript is enabled for purposes of website accessibility
Log In Help Join The Motley Fool
Free Article Join Over 1 Million Premium Members And Get More In-Depth Stock Guidance and Research
By Keith Noonan - May 7, 2018 at 6:24PM

Slowing momentum for one of the tobacco company's most important product lines contributed to record sell-offs last month. 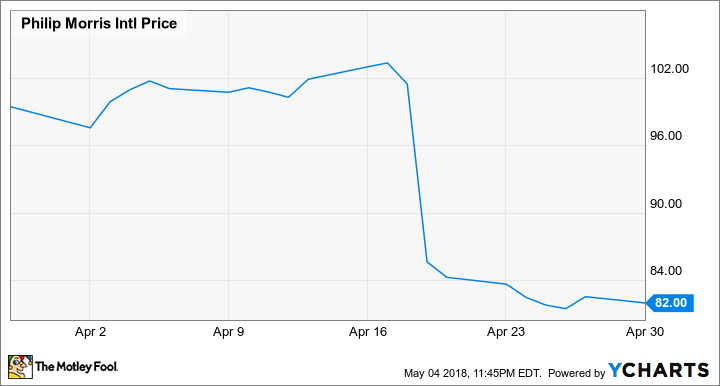 The stock sold off following the announcement of mixed first-quarter earnings results -- with the most worrying takeaway from the report being that sales of the company's iQOS heated-tobacco electronic cigarettes declined from the preceding quarter. 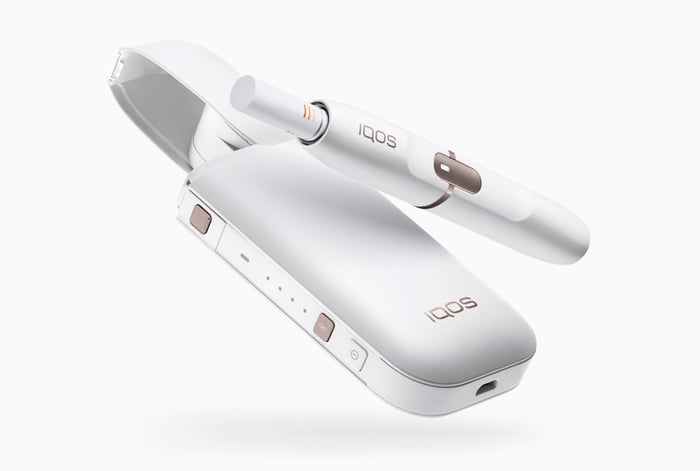 The company published earnings after market close on April 19, and shares fell 16% in the next day's trading -- its biggest single-day drop in the roughly 10 years since its split from Altria. Philip Morris reported earnings per share of $0.98 on a currency-adjusted basis, but actually better than the average analyst estimate of $0.90.

Revenue missed the analyst estimate of $7.0 billion -- coming in at $6.9 billion. That still represented 13% year-over-year sales growth, but softness in important areas of the business prompted a steep sell-off. Crucially, heated-tobacco sales for the three-month period ending in March grew roughly 88% year over year to reach 9.6 billion units but were down dramatically from the 15.7 billion units shipped in the December-ended quarter.

Philip Morris' high-margin markets like America and Europe are seeing reduced demand for cigarettes. That's a trend that has the company looking for products like the iQOS line to pick up the slack and drive growth, so indications that smokeless alternatives aren't panning out as hoped can have a negative impact on the stock price. Shares now trade at roughly 15.5 times expected earnings and offer a 5.3% dividend yield.

Recently, the company has said that it would prefer to phase out cigarettes in favor of safer alternatives -- a bold statement given its history and one that evidences a dedication to heated-tobacco and other smoking alternatives. Shareholders and prospective investors should continue to monitor how these key innovation initiatives perform.